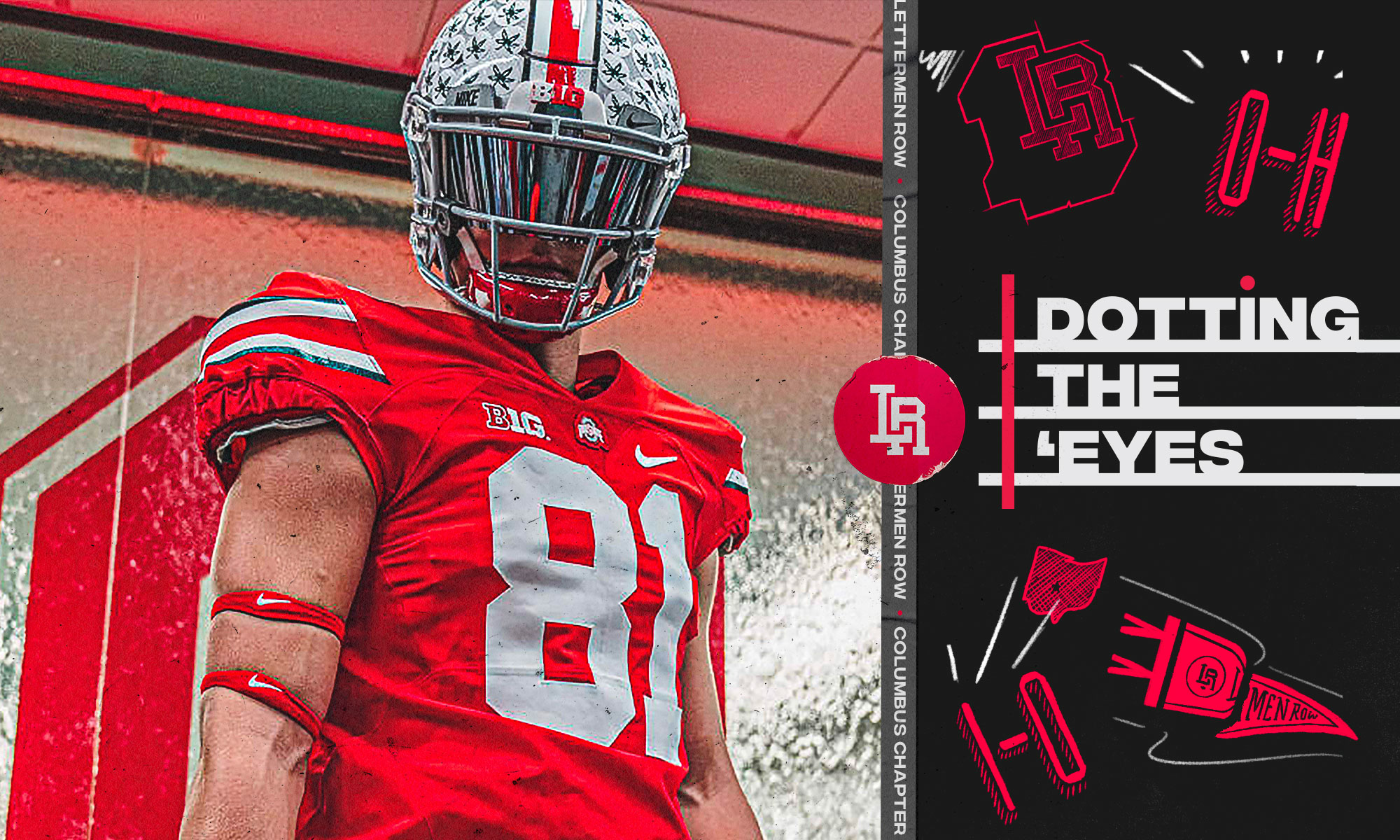 Sam Hart has lost his senior season but intends to enroll early at Ohio State regardless. (Sam Hart/Courtesy)

Stay in touch or be left out because Ohio State recruiting is a 24-hour, seven-day-per-week obsession. What’s the latest news as the Buckeyes build for the future? Get that and more Sunday through Thursday on Lettermen Row. This afternoon’s notebook touches base with Sam Hart following the news that his season will not happen on time and catches up with a local standout trying to be patient in the recruiting process.

Ohio State commitments all around the country are awaiting final decisions to be made about their upcoming football seasons. One of those players, tight end Sam Hart, got bad news on Tuesday night.

Colorado will push its football season to the spring. That means Hart had his own decision to make: Enroll early or play his final year of high school football. It didn’t take him long to make his choice.

I am so heartbroken by this decision, however i plan on still enrolling early to the Ohio State University. Therefore i will not be participating in my senior season for football or wrestling. Thank you CT for everything ❤️ https://t.co/E7Wt3iMiEG

“It’s just one of those things we can’t control,” Hart told Lettermen Row. “I was kind of prepared for this and thought about [skipping early enrollment]. But I think me graduating early is the best thing for me and my future.”

Now the question for Hart and others in a similar position changes. What can he do from now until January and his enrollment date? He’s hoping for some help in that respect from Ohio State, but he isn’t counting on much changing even with the bizarre state of college football.

“I wish they could do more for us,” Hart saiid. “But I’m going to talk to one of the coaches soon about what they can do with me. I know [Ohio State tight ends] Coach [Kevin] Wilson wanted to get me on Zoom calls during their position meetings and stuff.”

With only a semester of high school football remaining, Hart could have considered reclassifying to the Class of 2020 and enrolling with the Buckeyes now, but that was not really a piece of the puzzle for him.

“I’m just about finished with an English course to get all my credits,” he added. “But I didn’t think about reclassifying.”

Ohio State has been very aggressive in its efforts to recruit Ohio. But a big piece of that puzzle for the Buckeyes, historically, has been the ability to evaluate and recruit during summer-time camps in Columbus. Losing that opportunity this summer means that some unproven talents, like Lakewood St. Edward defensive end Trey Bixby, have been forced to sit idly when they otherwise may not have.

Still, the 6-foot-5, 245-pound Bixby, has been in semi-regular contact with Ohio State via staff member Tim Hinton.

“It’s just continuing the message of us getting to know each other more,” Bixby said. “We’ve had good talks just sharing more about who I am as a player and person and hearing him share about the program there as well.

“Ultimately he says they just want to make sure I fit them, but also me making sure it’s a fit, too. Getting to know [defensive line] Coach [Larry] Johnson and the other coaches more is a big key. COVID-19 unfortunately just really prevented me from visiting this spring and summer to be able to do that. Hinton said they don’t rush decisions on in-state Ohio kids, either, so they’ll keep evaluating and we’ll go from there. He said he was working on a call with Larry Johnson for us next time we chat. I’m just taking everything a day at a time and trying to prepare for the fall.”

In the meantime, schools like Minnesota have made a big impression on Ohio’s No. 8-ranked rising-junior prospect.

“Minnesota has been recruiting me the hardest to this point,” Bixby told Lettermen Row. “I’ve built a good relationship with [defensive line coach Chad] Wilt back to when he was at Cincinnati, but I’m open right now.”