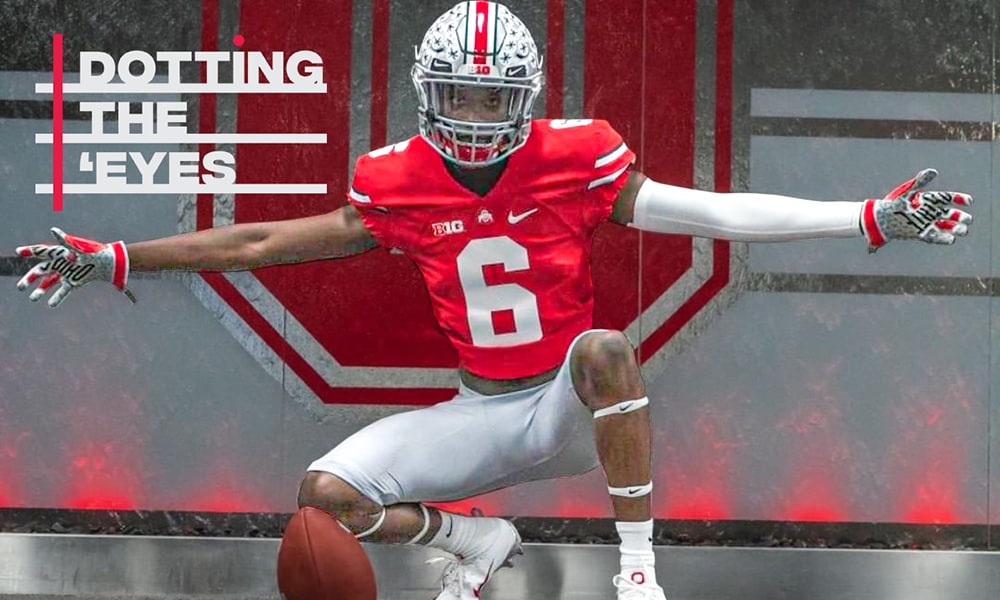 Stay in touch or be left out because Ohio State recruiting is a 24-hour, seven-day-per-week obsession. What’s the latest news as the Buckeyes build for the future? Get that and more Sunday through Thursday on Lettermen Row. Today’s notebook has more on the latest Ohio State commitment, Ryan Watts, and updates the recruitment of 2021 runninng back target Lovasea Carroll.

Why Ohio State for Ryan Watts, his NFL All-Pro comparison

The decision wasn’t easy. But when it came down to it, Ryan Watts had to follow his head and his heart.

“It was a business decision, is what it came down to,” Little Elm (Texas) coach Kedrick Brown told Lettermen Row about his star cornerback’s decision to commit to Ohio State over Oklahoma. “The truth is that both schools are really elite, but the chance to play for Jeff Hafley and the way Ohio State keeps putting defensive backs in the NFL, it’s what made the difference.

“Plus, he’s a perfect fit for the defense that the Buckeyes run.”

It’s that ideal match that made the 6-foot-3, 190-pound Watts a priority for Jeff Hafley. The first-year defensive coordinator for Ohio State apparently sees some similarities to one of his own star pupils: NFL All-Pro Richard Sherman.

“The one guy that really stands out [as a comparison] when you watch him is Richard Sherman,” Brown said. “Ryan wants to be the best in the country at his position. He studies other guys, NFL greats, the best of the college guys, and he is always looking to compare himself to and map his game after certain guys. Sherman is one of them.

“He is a really smart, intelligent young man. He works to gain knowledge on the academic side. And on the football side, his IQ is really high, so you couple that with his skill set and you’ve got something special — because not many guys have that length and the ability to move the way he does.”

One guy that moves like Watts does but already plays at Ohio State also played a small role in the interest in the Buckeyes.

“It’s actually come to my attention that Ryan and Jeff Okudah have gotten to know each other a bit,” Brown said. “Being two guys from the Dallas area, seeing Okudah’s success and knowing what Hafley has done there. You can see it all pieced together.”

Last week, Lovasea Carroll trimmed his list of colleges to eight — and it still includes Ohio State for one of the country’s top 2021 running back prospects. The 6-foot-1, 190-pound junior at the IMG Academy (Bradenton, Fla.) indicated that the group is getting harder to trim down every day as new schools work to get involved in his recruitment.

“Recruiting is going good,” Carroll told Lettermen Row. “But that list is getting longer and longer.”

The Buckeyes are keeping their place on it, though, because of the budding relationship between running backs coach Tony Alford and the country’s eighth-ranked running back.

“I talk to Coach Alford every day,” he said. “I love the energy that he brings to the table and the way he prepares running backs for the NFL.”

Ohio State, like the other 20 schools that have already offered Carroll a scholarship, loves the speed that the talented young tailback brings to the field. As fast as he is on the field, there’s no hurry to make another college decision after recently backing off a commitment he had previously issued to South Carolina. He wants to visit Columbus and check out the Buckeyes himself, even though he hears about them often from his teammate and Ohio State commitment Lejond Cavazos.

But that trip won’t be happening any time soon.

“I’ll probably not get up there until next summer,” Carroll said.

We’re still sorting through the list of recent visitors who made their way into town for the Buckeyes game against Michigan State. One of them, Belleville (Mich.) 2022 star Myles Rowser, wishes he had more time that night at Ohio Stadium.

“I would have liked to meet the coaches,” Rowser told Lettermen Row. “Unfortunately we got stuck in traffic on the way down and I couldn’t get it done. I’ll be back to camp next summer, though. But I won’t be able to get to another game because we’re chasing a state title.

“Still, the atmosphere was diehard football. Fans stood the whole game and seemed to will them to win even when they started off slow. All the players seem to be doing their jobs on the field. It was a great experience.”

Rowser, a 5-foot-11, 175-pound sophomore, has early offers from Michigan, Florida, Florida State and almost a dozen others. But the Buckeyes aren’t yet on that list. Rowser knows that the assumption is he’ll stay home and play for the Wolverines, but it’s far too early for him to even consider that.

“I’m open to playing where I fit best, because I want to contribute and win,” he said. “Those things are important to me, and it’s way too early to decide. I’m just enjoying the recruiting process and trying to do my part to win state for my coach and my teammates. The rest will come.”