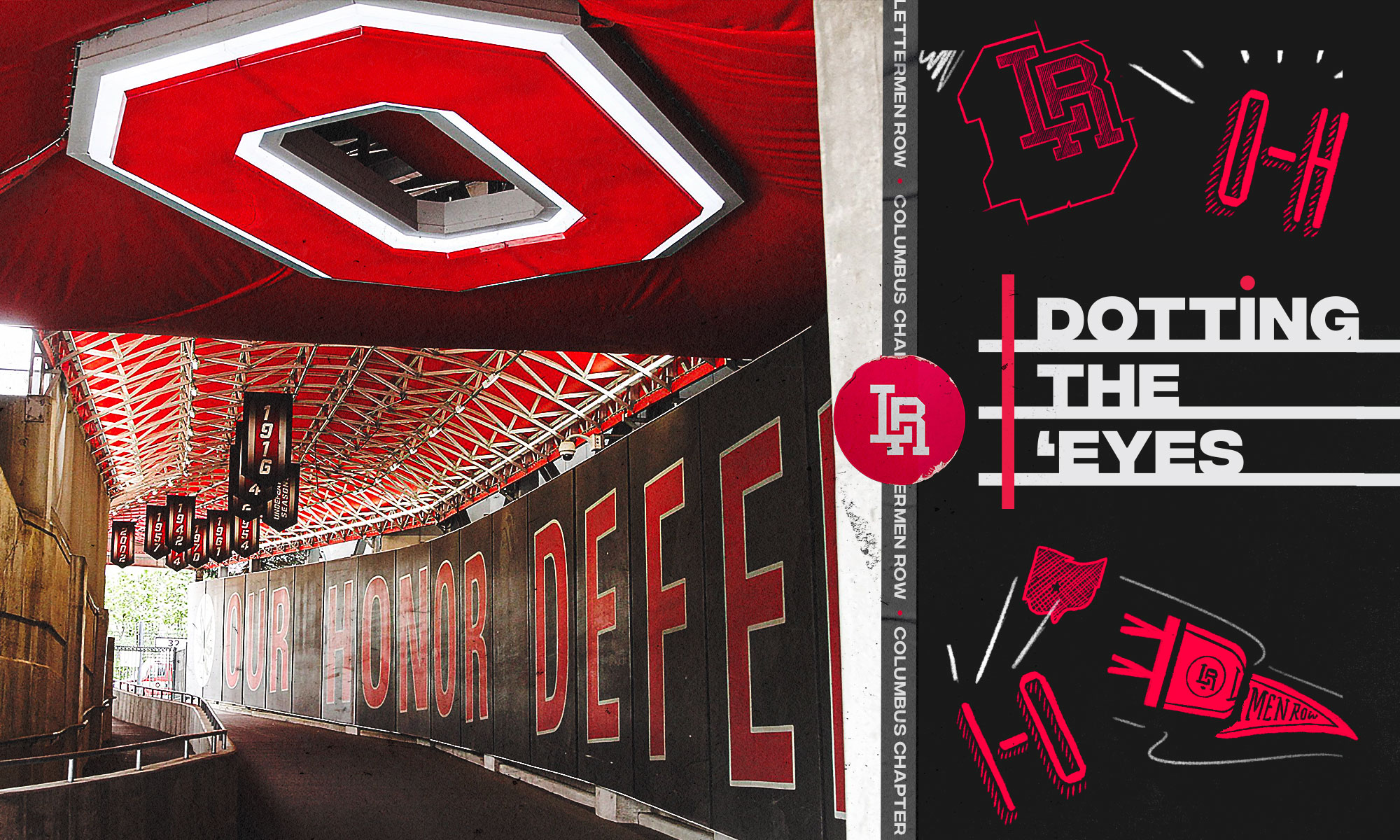 The tunnel at Ohio State hasn't had a recruit in it for more than a year but June is bringing some key visitors back to Columbus. (Birm/Lettermen Row)

Stay in touch or be left out because Ohio State recruiting is a 24-hour, seven-day-per-week obsession. What’s the latest news as the Buckeyes build for the future? Get that and more Sunday through Thursday on Lettermen Row. Today’s notebook has the latest on a number of key prospects who have announced their plans to visit Ohio State in June.

The 6-foot-5, 230-pound lineman will visit Florida (June 4), Georgia (June 11), Alabama (June 18) and Ohio State (June 25). The Buckeyes have been in the mix for White for months, with Larry Johnson working hard to build a relationship with him. White has been taking his recruitment slow, opting against the idea of making self-guided visits and preferring instead to wait until the NCAA dead period ended.

White told Lettermen Row that he will not be in a hurry to make a decision right after the officials.

“I probably won’t make a decision until the fall,” he said.

In the meantime, he and his teammates have been back on the field. They’ll wrap up their season this weekend. He also announced he will take unofficial trips in June to Clemson, Oregon, Penn State and Texas A&M.

Wednesday morning was a busy one for visit announcements. Top-ranked 2023 running back Richard Young also tweeted his plans to make a visit to Ohio State this June.

I will be at The Ohio State University June 9-11 for an unofficial visit 🌰!!! #GoBucks @CoachTonyAlford

Young is a 6-foot, 190-pound youngster who has been the No. 1-ranked prospect at his position since that class made its way into the rankings. Young has offers from 35 schools, and that list includes each of the country’s top programs. Tony Alford has been very involved with the standout from Lehigh Acres (Fla.). Young told Lettermen Row a while back that he was very interested in the way Ohio State utilizes their tailbacks.

“It’s their running game,” Young told Lettermen Row. “Their linemen are always in the right place with the right assignments. That’s one of the things I love about Ohio State.”

The Buckeyes are still looking for their 2022 tailback, but the focus for 2023 could be almost entirely on Richard Young right now. He’s a top-of-the-board-type prospect without question, and Young will be a name to watch very closely moving forward for Ohio State.

“Me and my pops are coming up,” Webb told Lettermen Row. “It’s a very important visit. I need to see the campus, how I relate to it. Plus I need to see how I feel about being away from home. I’ve been talking to [Tony Alford] consistently.”

Webb is a borderline 5-star prospect at Trinity Christian Academy in Jacksonville. That is the alma mater of Shaun Wade, Tyreke Johnson and Marcus Crowley. The 6-foot, 188-pound Webb has been in contact with Crowley about his experience at Ohio State.

“I’ve been talking to Marcus,” he said. “But he’s told me I just need to see things there for myself because I can’t understand it until then.”

Webb is a former Georgia commitment but reopened his recruitment because he felt he was hurrying things too much. That is why he’ll be sure to take his time now.

“I’m taking things slow this time,” he said. “I’ll probably take my recruitment into next year.”

“It was honestly very cool and a blessing,” Sampson told Lettermen Row. “Ohio State is a really good school, and they see the potential in me, as young as I am. Larry Johnson said that he really liked how explosive I was and how I play with my hands — plus how quick I was for my size.

A 6-foot-3, 285-pound lineman, Sampson isn’t currently ranked, but with offers from the Buckeyes, Florida, North Carolina, Virginia Tech and South Carolina already, he will be soon. The last year has been a good chance for him to work on his game.

“My offseason was really good,” he said. “I had a chance to really focus and know what to expect coming in to this season.

“As a freshman starting on varsity there were some nights I didn’t really know what to do. Now I’m way better, and I am used to the speed of high school football now. I also got a lot stronger in the offseason.  There was so much time to work on your craft, so there shouldn’t be a reason not to improve. You could see the difference between the people who worked by themselves and at the team workouts versus the ones who hadn’t done anything until the team workouts.”

He and his teammates at New Bern are heading to the second round of the North Carolina state playoffs on Friday. Sampson is hoping to make visits to a number of schools in June — including Ohio State.