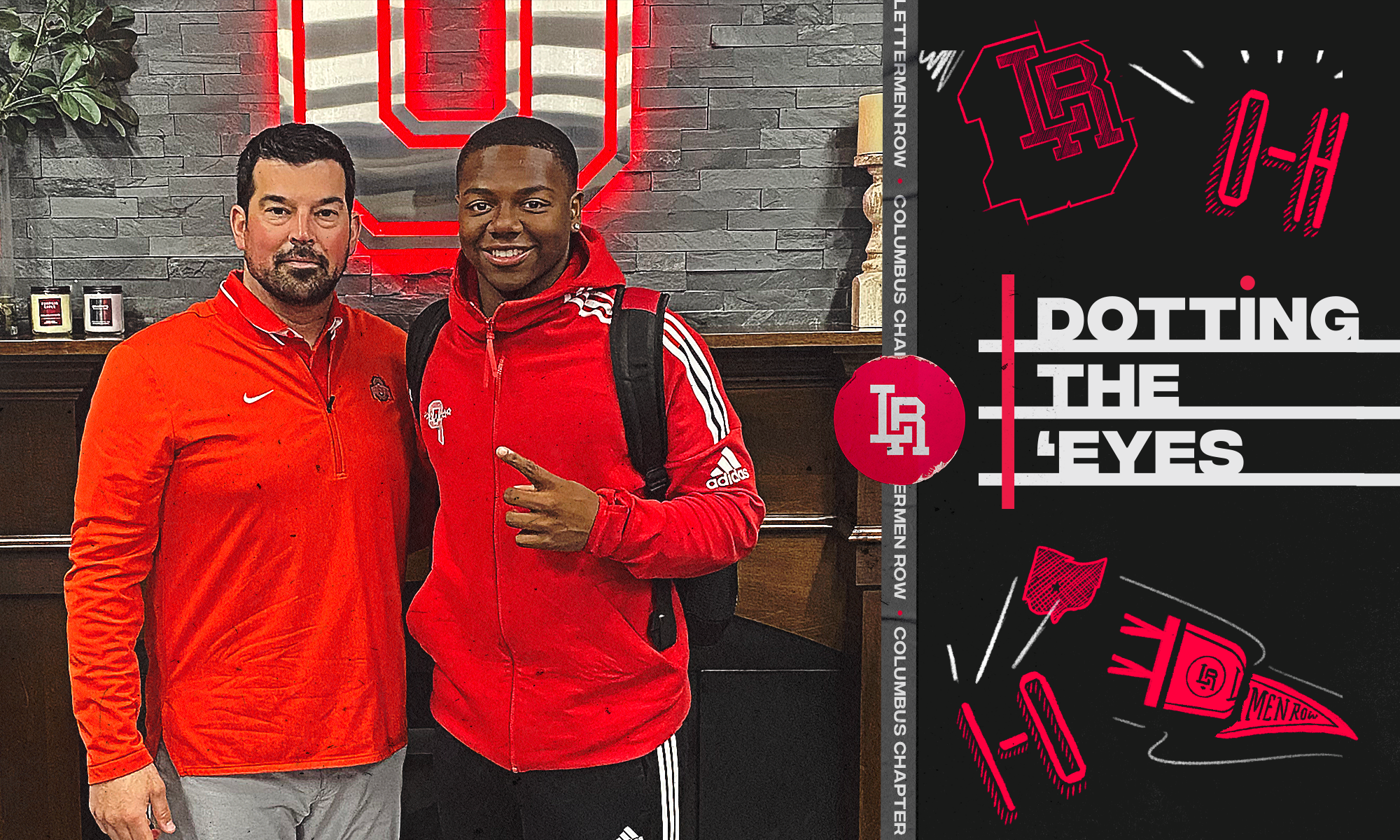 Raesjon Davis visited Ohio State once, but he's trying hard to get back to Columbus. (Raesjon Davis/Courtesy)

Stay in touch or be left out because Ohio State recruiting is a 24-hour, seven-day-per-week obsession. What’s the latest news as the Buckeyes build for the future? Get that and more Sunday through Thursday on Lettermen Row. Today’s notebook has some thoughts on Raesjon Davis as well as two 2022 targets who could be on the verge of college decisions.

If by some chance it was missed on Tuesday afternoon, 4-star linebacker Raesjon Davis joined Birminology to discuss his recruiting process, including the decision to decommit from LSU and how he’s been handling the inability to visit Ohio State due to the Covid-19 pandemic.

The efforts to land Davis have been ongoing for the Buckeyes since he visited the school in March, and there’s no doubt that right now he’s very happy with his relationship with the program. What he’s not happy about is that he’s not been able to return to Columbus with his parents, and time is absolutely running out for that to happen before the February signing period begins in just about four weeks.

Davis is not the type of kid who is going to choose to stay home just because it’s home. So though there’s been a run on crystal ball predictions for him to pick USC of late, it’s not a situation where it’s a lost cause for Ohio State. He’s very interested and doesn’t need to visit the Buckeyes again in order to pick them, but Davis knows full well that it’d make the decision to do so much easier.

Bottom line? Davis has a few weeks to visit Columbus with his family. If he does, the odds of him choosing the Buckeyes go way up.

Another player who is eager to get back to Columbus — the city where he was born — is Memphis (Tenn.) Christian Brothers tailback Dallan Hayden.

With a freshly released final-four schools, Hayden is focusing on getting to visit Ohio State, Notre Dame and Oregon before making any kind of decision. He does know that visits, even planned ones, are up in the air still.

“I don’t know when we get the vaccine,” Hayden told Lettermen Row. “So I don’t know what’s going to happen due to the pandemic. It’s all about seeing a place and being comfortable with the coaches there.”

The relationship between Tony Alford, Ryan Day and Hayden is driving the interest in the Buckeyes from his end.

“I talked to Coach Day over text [on Monday,]” Hayden said. “I talk to Tony Alford every day. They just tell me that I’m the running back they want.”

The country’s No. 1-ranked offensive tackle in the Class of 2022, Virginia’s Zach Rice, has been active on Twitter of late, hinting that his college decision could come soon. Ohio State is one of the programs Rice has been staying in contact with recently, with North Carolina and Notre Dame also very much in the mix.

In talking to people around the Buckeyes program, there’s not a lot of belief that Rice is anywhere near committing to them, so if he decides to make an announcement in the near future, it’s hard to imagine it’d be to Ohio State, a program he’s not visited to this point. He has visited North Carolina multiple times this season. For that reason the Tar Heels may make more sense.

Then again, recruiting isn’t really as easy to predict as it used to be in the Covid-19 era, so anything could happen. Until a decision date is announced it’s also just as likely that the 6-foot-6, 280-pound lineman could drag his process out until next December.

Though he’s not been mentioned much on Lettermen Row to this point, Florida safety Markeith Williams has narrowed his list down to three schools. Ohio State, along with Alabama and Florida, are his remaining options.

Williams is the country’s No. 14-ranked safety and plays his high school football at Orlando (Fla. ) Evans High School. He was offered by Ohio State last January. The Buckeyes have two defensive backs committed in the Class of 2022 right now, including the recent addition of Florida 5-star cornerback Jaheim Singletary.