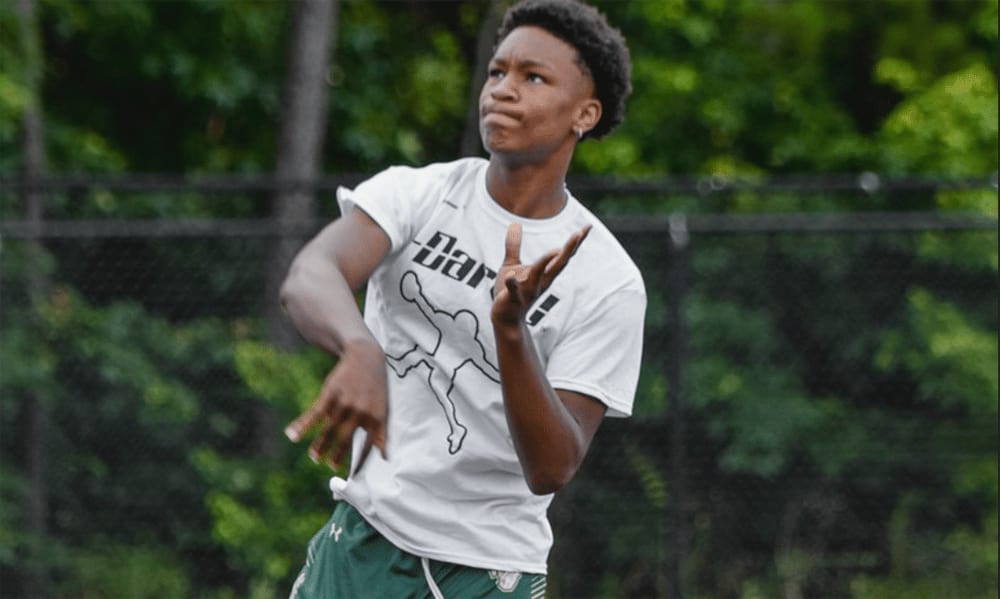 The 2020 QB options for Ohio State are expanding rapidly

Dixon, 6-foot-5 and 210 pounds, looks the part for sure and checks all the boxes when it comes what the Ohio State staff is looking for from the future of the position. The offer was just the fourth for Dixon, though sources in Georgia have indicated to Lettermen Row that the home-state Bulldogs won’t wait too long before pulling the trigger and could offer as soon as today. Dixon was thrilled by the Ohio State offer, as you’d expect.

“It’s huge,” he told Lettermen Row. “I work really hard at being the best I can be, both on myself personally and in my position. I’m always honored when the people that I learn from say ‘great job.’

“It is definitely appreciated, and it confirms that hard work pays off.”

There’s an outside chance for Dixon to make his way to Ohio State this weekend, which would be a big-time opportunity for the program to really jump into his recruitment regardless of what happens with Georgia. That would be one more 2020 quarterback added to a growing list that includes Harrison Bailey, Jack Miller and Jalen Suggs, guys who’ve all visited or will visit this summer. The Buckeyes also are keeping a close eye on Connecticut’s Tyler Van Dyke, who camped on Tuesday at Ohio State and will be a national recruit by the end of the summer.

Miller’s upcoming visit is one that people have had circled for some time now, and there are many folks who believe a commitment is imminent. I think it’s possible, but I know that there’s no hurry to lock up the 2020 quarterback position right now because the 2019 class still has so many questions.

Every spring there’s a player or two who just pops onto the national recruiting scene and picks up offer after offer from the biggest schools in the country. That’s kind of the spring that Rylie Mills, a 6-foot-5, 255-pound rising junior, has had.

He’s added offers from Georgia, Penn State, Oklahoma, Alabama, Ohio State, Purdue, Rutgers and Wisconsin since the beginning of May. Those offers, added to a list that already included Notre Dame, Michigan and Tennessee, bring him up to 20 total.

“The message from these schools is about how versatile I am on the defensive line with my ability to play a 3-technique defensive tackle and also play an edge tech on the end,” Mills told Lettermen Row. “They also like how are use my hands and how I use my speed.

“It’s been a really humbling and fun recruiting process this offseason. It keeps me motivated to keep putting in hard work.”

The second-ranked prospect in the state of Illinois in the Class of 2020 has a long list of schools he wants to visit. But he knows one trip he’s taking next week.

“I am going to be at Ohio State on the 23rd of June,” Mills told LR. “I’m looking forward to seeing the school in person, I’ve heard good things about their facilities. My dad and I will get there Saturday and leave Sunday morning.”

Ohio State is always looking for the country’s best offensive lineman and they’d love if more of them were Ohio-born prospects. Cincinnati Elder’s Jakob James, a 2020 standout with offers from LSU, Iowa State, Cincinnati, Louisville, West Virginia and others fits both of those categories.

James camped at Ohio State on Tuesday and told LR he had a good experience with the Buckeyes staff.

“I had a great day,” James said. “I had great conversation with [Urban] Meyer and [offensive line] Coach [Greg] Studrawa. They told me to keep getting after it and I could be a Buckeye.”

James, who measured in at 6-foot-4 and 245-pounds, said the Ohio State coaches had some positive feedback for him that he hopes to take into his junior year at Elder.

“One thing they want me to work on is putting on good weight,” he said. “Just keep working on my craft in the weight room and on the field.”

The Buckeyes have been as active as any school has to this point in James’ recruitment.

“I’d say they have recruited me the most out of anybody,” James said. “I’ve been up on campus two times before. After [Tennessee Titans defensive backs] coach [Kerry] Coombs left, Coach Stud has taken over, which is nice with him being the offensive line coach as well.

“I’ve gotten to form a relationship with Coach Meyer pretty well at this point, too. We sat down and met with coach when we went up for practice in the spring.”

James is not planning to take any other college visits this month.

Just how big will June 22 recruiting weekend be for Ohio State?
What’s the ceiling for the Buckeyes 2019 recruiting class?