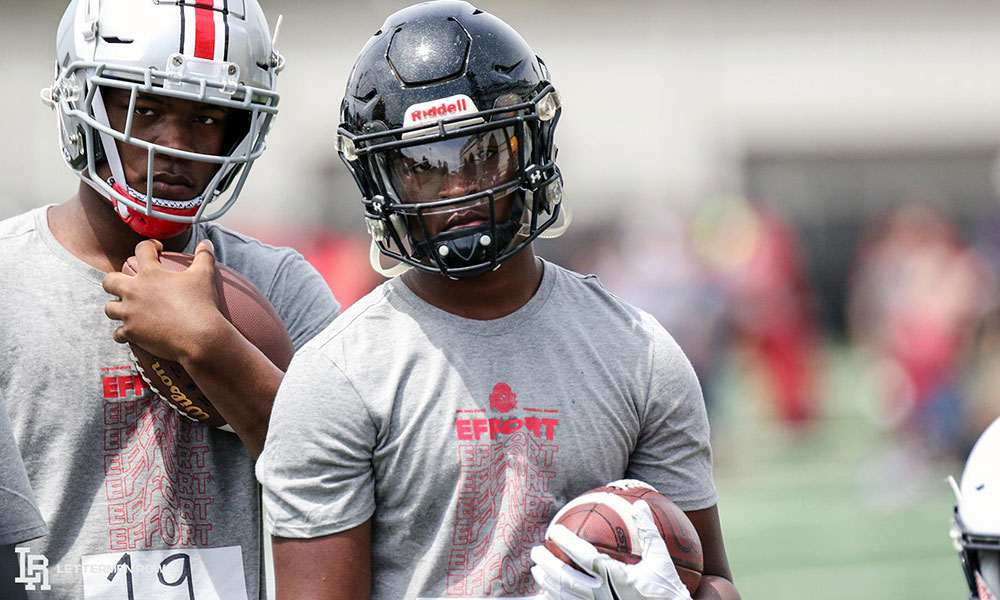 Evan Pryor is a player who will be on commitment watch when he visits Ohio State in March. (Birm/Lettermen Row)

Spring has sprung. And with it comes the return of football at Ohio State and all the trappings that come with it, including the return of on-campus recruiting visits for the country’s top high school prospects.

It’s a wonderful time of year, no doubt. It’s also a stressful time of year for the Buckeyes coaching and recruiting staff, who are trying to balance 14 practices plus the annual spring game with a number of very important, program-building visits — both with players they have recruited for years and young prospects they’re just starting to know.

Ohio State needs to land tailback for the Class of 2021

Anyone who grew weary of all the speculation and discussion around the running back position following the rollercoaster 2020 cycle may want to turn away from following the up-and-down pursuit of the position in the Class of 2021, though good news could be on the horizon for Ohio State when it comes to running backs.

That duo is right at the top of the list when looking for an intersection of talent, recruiting relationships and impact from a tailback. Ohio State has been recruiting each of them extremely hard for much of the last year — and almost two when it comes to Edwards. Both players appear to be narrowing down their choices with the intent of making a college decision in the relatively near future.

Pryor has told Lettermen Row that he’d like to be committed by the start of April, and though he’s backed off of that as a hard timeline, it’s clear that he’s hoping to carve his name into a class soon and become the first of the big running back dominoes to fall this cycle. Edwards has been less clear about his own timeline, but he’d like to be done with recruiting by summer.

The Buckeyes need to land one of these two and the sooner, the better.

Buckeyes have to get big West Coast fish on campus

For months there’s been speculation that Ohio State is one of the teams to beat for Eastside Catholic (Sammamish, Wash.) 5-star defensive lineman J.T. Tuimolau. And if that’s the case, then the Buckeyes absolutely need to get the 6-foot-5, 280-pound star on campus this spring.

Maybe that’s not going to happen specifically in March, because the spring game on April 11 would obviously be a good time for it to happen. But the visit has to be set and locked into a specific date so all arrangements can be made.

There can be no more vagueries and no more maybes. If Ohio State is going to pull off the Pacific Northwest upset here, then Ryan Day, Larry Johnson and the rest of the staff in Columbus needs a chance to showcase what the Buckeyes are all about to the intensely private Tuimolau and his equally private family.

At this point a year ago, Ohio State had just one 2021 commitment, 5-star Jack Sawyer. So, the Buckeyes certainly aren’t behind in the Class of 2022, but there’s no doubt the addition of Sawyer helped set the tone for an early choice from guys like Kyle McCord and Reid Carrico, among others.

In that vein, it’d behoove the Buckeyes to seal the deal with local standouts like Gabe Powers or Tegra Tshabola sometime in the near future to provide that same early-commitment boost Sawyer did — if they are able to land them, of course.

The hard part of this item? Ohio State is definitely not going to push for an early pledge, because that’s not Ryan Day’s style. It requires that the player himself be ready to make a decision and willing to forgo the recruiting process and all the attention and publicity that comes with it.