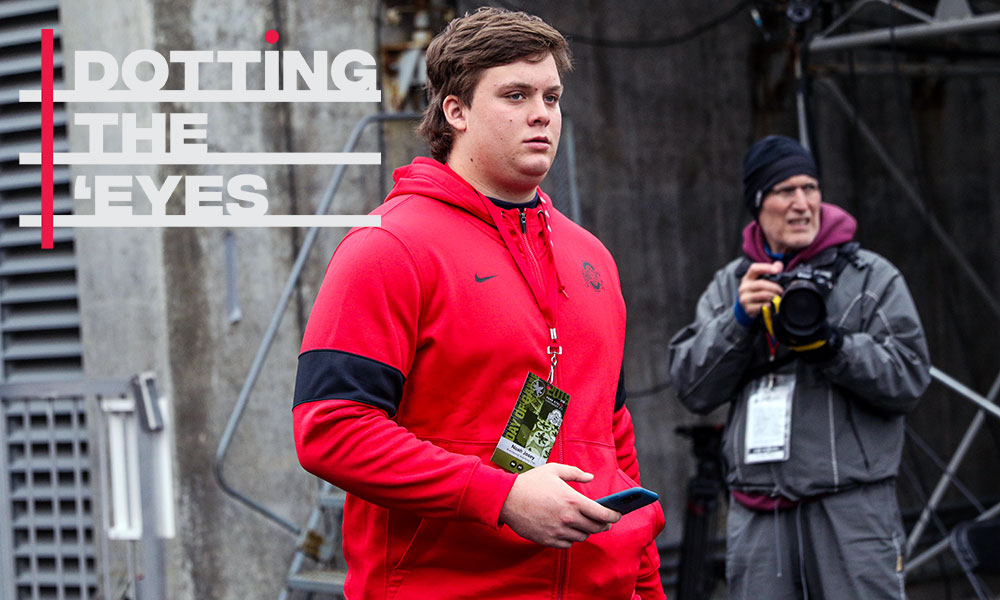 Stay in touch or be left out because Ohio State recruiting is a 24-hour, seven-day-per-week obsession. What’s the latest news as the Buckeyes build for the future? Get that and more Sunday through Thursday on Lettermen Row. Sunday we catch up with Tennessee lineman Noah Josey and reflect on a pair of new scholarship offers extended by Ohio State.

There are a number of offensive linemen still on the Ohio State big board when it comes to the Class of 2021, and that list includes Brentwood (Tenn.) Academy 4-star guard Noah Josey.

The nation’s No. 17-ranked guard visiting Ohio State in November and has maintained his relationship with offensive line coach Greg Studrawa and running backs coach Tony Alford, who is the primary area recruiter for the program in Tennessee.

“Conversation [with Ohio State] has been great,” Josey told Lettermen Row. “I’ve talked to Coach Stud and Coach Alford almost every day. They’re just checking in and making sure everything is still good.”

Things are as good as can be expected in an obviously weird time for recruits and recruiters alike. The 6-foot-5, 280-pound interior lineman hasn’t determined yet if he’s going to let the coronavirus pandemic change his decision timeline, but Josey is admittedly frustrated his spring visits have been lost.

“It’s definitely different for sure, it’s frustrating not being able to go anywhere,” Josey said. “I wanted to be done by the end of June, and I don’t see my self waiting any longer than that. I haven’t really decided if I’m going to let it change my plans.”

Jager Burton announcement date could be pushed back

One player who has decided an adjustment could be in his future is Kentucky offensive lineman Jager Burton. Last Thursday, Lettermen Row wrote that the country’s No. 8-ranked guard still planned a June official visit to Ohio State. But it appears he’s recognizing there could be some changes required if things remain uncertain with regards to on-campus visits. Burton addressed that on Twitter on Saturday, suggesting he may have to delay his decision date.

My original plan was to commit on August 24 but due to the corona virus many of my offical visits have been pushed back. With that being said I will be committing shortly after my five offical visits are done. #BBN, #GoBucks, #RTR, #Allin, and #ScoDucks

The tweet from Burton doesn’t guarantee that a decision is delayed, but it is a recognition of the constantly changing atmosphere of current college football recruiting.

Ohio State director of player personnel Mark Pantoni addressed much of that on Friday during a teleconference with the media, and that’s definitely worth watching and listening to for numerous updates on the process.

The Ohio State offer is the 30th offer for the 6-foot-4, 315-pound Williams, who is currently listed as the No. 7-ranked prospect in Virginia. A 4-star prospect from Stonewall Jackson (Manassas) High School, Williams told Lettermen Row he was offered by Larry Johnson and that it been “not that long” since he and the Buckeyes began communicating.

Alabama, Georgia, Penn State, North Carolina, Virginia Tech, Florida, LSU and Michigan are among those who have offered Williams.

Ohio State also offered the country’s No. 1-ranked 2022 prospect over the weekend, Florida defensive end Shemar Stewart. He told Lettermen Row that his offer was extended by Ryan Day.

Stewart, from Monsignor Pace in Opa Locka (Fla.) is coached by Mario Perez, who was once a part of the American Heritage program that produced former Buckeyes wide receiver Torrance Gibson and one-time Ohio State commitment Andrew Chatfield, who signed with Florida in 2018.

“I actually like the program that they have over there,” Stewart said. “I would like to hear from them. I love the tradition, and from the games that I have watched, the fan base is incredible. Plus, the reputation of the Buckeyes is that whenever they are down here it’s always going to be a competition — and I love competing.”

Now that he’s heard from Ohio State, the question is whether or not the Buckeyes can show the nation’s top-ranked sophomore enough to become a real contender in his recruitment.