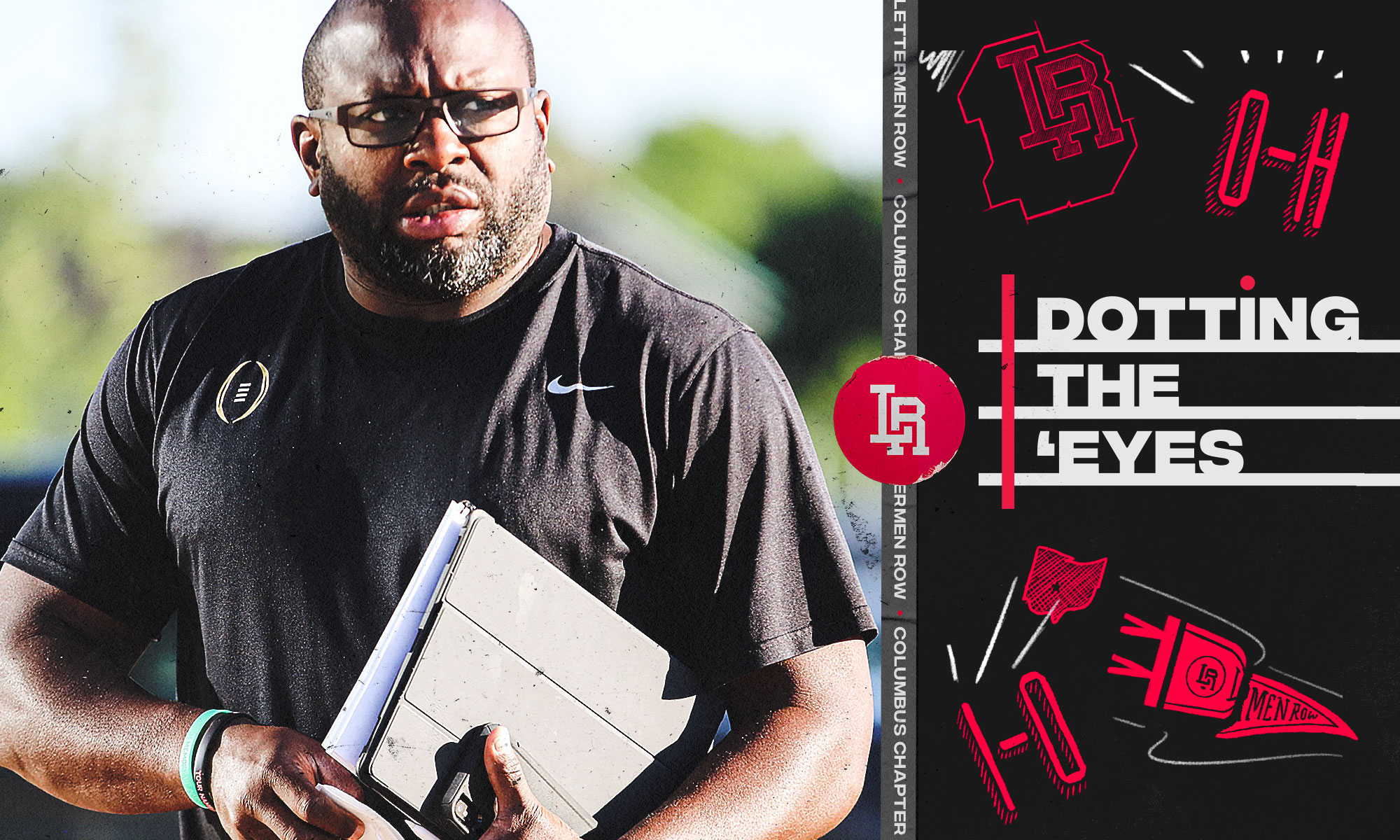 Stay in touch or be left out because Ohio State recruiting is a 24-hour, seven-day-per-week obsession. What’s the latest news as the Buckeyes build for the future? Get that and more Sunday through Thursday on Lettermen Row. Today’s notebook has a big change at running back and another 5-star cornerback from Alabama sets a trip to Ohio State.

The busy month of June just got a little less busy for Tony Alford. Nicholas Singleton, the country’s No. 7-ranked tailback, had been scheduled for an official visit starting on June 25, but that will no longer happen. The 6-foot, 200-pound Singleton is now planning to visit Alabama at that time.

Why? I suppose it will depend on who gets asked, but sources have indicated to Lettermen Row that the Reading (Pa.) standout wanted to rearrange his visits and make an earlier trip to Ohio State so he could visit Alabama for what is shaping up to be the Crimson Tide’s “big” recruiting weekend.  The Buckeyes, trying to balance recruiting camps and other visits, preferred for Singleton to visit on the originally-planned weekend — and the two sides decided to go in different directions.

Ohio State will be hosting running back Dallan Hayden over the weekend of June 18, and North Carolina’s Omarion Hampton is still set for the June 25 weekend. There’s been no clear pecking order at tailback to this point, but both Hayden and Hampton are emerging as the priorities. Damari Alston remains on the list for the Buckeyes as well. It may be premature to completely remove Singleton from the proverbial recruiting big board, but the odds of him ending up at Ohio State have lessened considerably.

Like Harris, the Thompson (Alabaster, Ala.) 5-star has been talking to Kerry Coombs weekly.

“Me and Coach Coombs talk every week,” Mitchell said. “He’s a great coach and a cool dude. He’s someone I could see myself playing under.”

Ohio State has one all-time commitment from the state of Alabama: defensive lineman Donte Wheat in the Class of 1981.

The nation’s No. 3-ranked offensive guard, Addison Nichols, released his official top-five list on Wednesday. That list mirrors his planned official visits for the month of June.

Ohio State will host the 6-foot-4, 265-pound Nichols for a midweek visit on June 14-15. The country’s most interesting 2022 prospect has kept himself in regular communication with Greg Studrawa, the Buckeyes offensive line coach and he’s eager to make a trip to Columbus.

“The relationship with Ohio State is awesome,” Nichols told Lettermen Row. “I love the coaches and the staff and we speak frequently. I’m extremely excited for my visit because I’ve only met Coach Day [in person], so being able to meet the whole staff is going to be incredible.”

Nichols will visit Georgia, Florida, Tennessee and USC in June. Could a decision come shortly after?

It’s always tough for Ohio State to lose players on the roster to transfer, and unexpected attrition happened on Wednesday. Jameson Williams joined Mookie Cooper as the second transfer from Brian Hartline’s receiver room in the last four months, with the latter having already spent a semester now at Missouri.

Aside from both being receivers, Williams and Cooper also share one other key trait: They both came to Ohio State from St. Louis. While that may not matter much, it is interesting to consider whether or not their departures could impact the Buckeyes recruiting that area in the future.

That’s especially intriguing in the very near future as players like Toriano Pride continue thinking about Ohio State. Pride was close with both Williams and Cooper, but he has indicated transfer decisions aren’t something he could let impact his own thoughts.

“We’re all different people,” Pride said in March about Cooper’s transfer. “We’re all wired different and come from different situations. … I would never look at one person’s point of view. I’m the type of person I’d like to figure it out myself.”

Pride is expected to get started on figuring things out for himself in June. He’ll make his official visit to Ohio State the weekend of June 4. The Buckeyes have Pride as a major priority in their 2022 class, and that weekend could be very important if there’s any growing questions or concerns on his part.