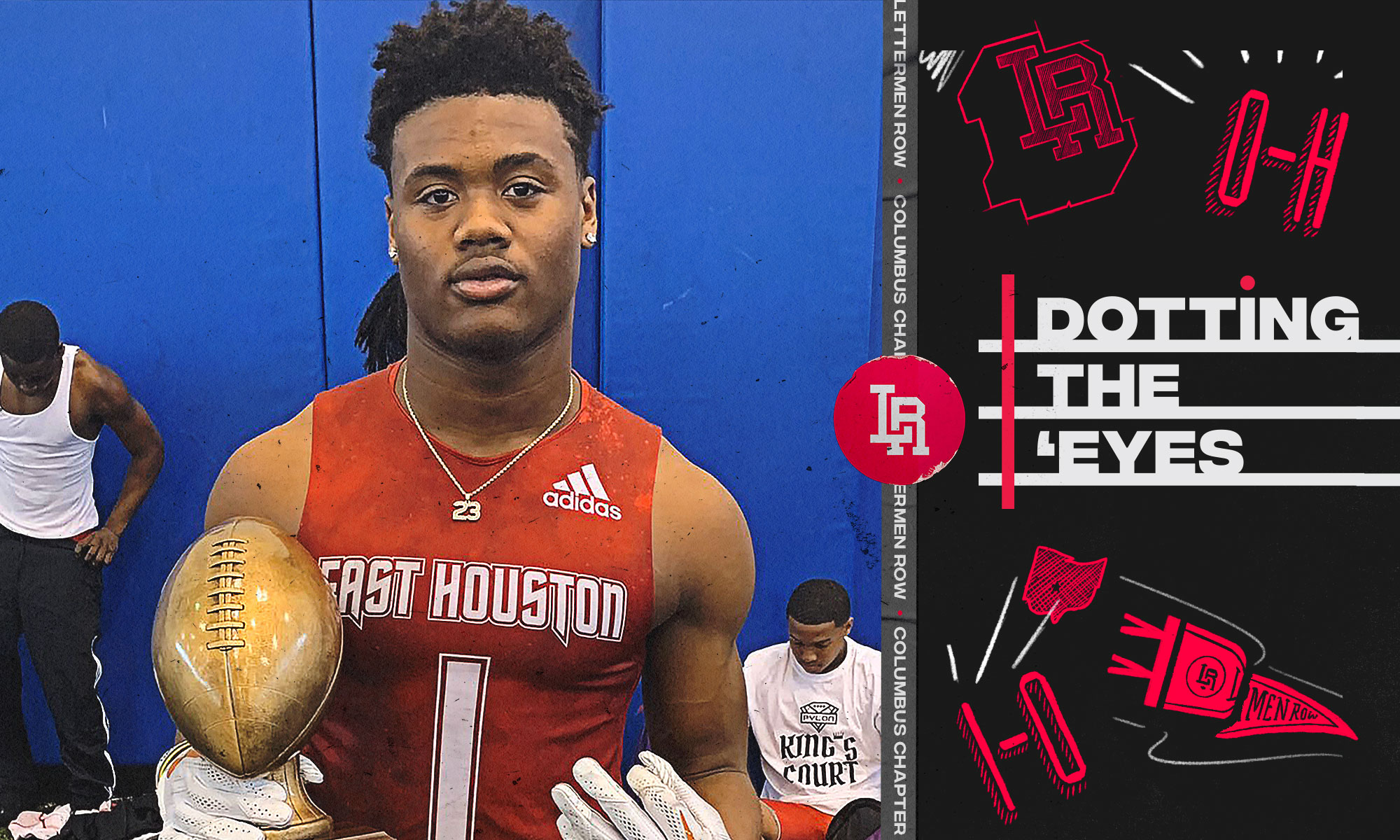 Ohio State target Jaydon Blue is another very talented running back in the Class of 2022. (Jaydon Blue/Twitter)

Stay in touch or be left out because Ohio State recruiting is a 24-hour, seven-day-per-week obsession. What’s the latest news as the Buckeyes build for the future? Get that and more Sunday through Thursday on Lettermen Row. Today, we’re looking at a handful of new offers in the Class of 2022 and the impact of the NCAA extending the coronavirus-mandated recruiting dead period through the end of June.

The writing was on the wall for a while, but it’s now officially official: The NCAA has extended the coronavirus-related recruiting dead period once more.

The dead period, which has now lasted through the majority of March, April and May, will now run through at least June 30, though the NCAA will meet again in just two weeks to determine whether or not it will extend it even further into the summer.

Ohio State had been holding on to a sliver of hope that visits would reopen and that a major recruiting weekend planned for June 12 would be able to go off without any more delays. That weekend was expected to be one of the defining recruiting moments of the year for Ryan Day and his program, but it’s now on hold indefinitely.

Greg Studrawa and Ohio State have been very focused on 2021 offensive tackle J.C. Latham. But the Buckeyes still remain in the mix for Clarkson (Mich.) 4-star Garrett Dellinger, who released his final four schools on Twitter on Wednesday evening.

LSU has been considered the team to beat for the country’s No. 12-ranked offensive tackle for some time, and it is the only non-Big Ten team still in the mix. He visited Ohio State last November and has been planning an official visit to the school this June when his father returned from work overseas. But like so many kids around the country, it seems that his process could be accelerating as a result of the Covid-19 pandemic.

Ohio State has been marginally involved in the recruitment of Dellinger. But his eventual decision could play a major role in the decisions of other tackles, including Latham and 4-star Tristan Leigh, each of whom is also very seriously considering the Tigers.

Ohio State offer was one Jaydon Blue was ‘waiting on’

The Buckeyes are back to offering sophomore prospects and went back to Texas to offer another 2022 running back, Klein Cain (Houston) 4-star standout Jaydon Blue. The 5-foot-9, 195-pound Blue was thrilled to add Ohio State to his offer list, which now includes 19 programs.

“Ohio State was kind of one that I’ve been waiting on,” Blue, the country’s No. 7-ranked running back, told Lettermen Row. “It was one of the schools I watched a lot growing up.”

The offer came from Tony Alford, who no doubt sees a lot of recent Buckeyes star J.K. Dobbins in Blue’s game. Tuesday’s offer was the first conversation between Blue and the Buckeyes.

The offer from Ohio State puts the Buckeyes into a battle with Alabama, Texas, USC, LSU, Oklahoma and a dozen more programs. As a sophomore, Blue ran a personal best of 10.97 seconds in the 100-meter dash.

The 6-foot-5, 225-pound White is the country’s top-ranked 2022 weakside defensive end by the folks at 247Sports.com, and the offer from the Buckeyes is No. 43, a pretty staggering total for a player with two years left of high school.

“We have been talking for a while now,” White told Lettermen Row. “It’s Ohio State. It speaks for itself.  The relationship with Larry Johnson is great and it’s a blessing. He’s the GOAT. His work stands out.”

Ohio State has had little luck in the Philadelphia area before receiving commitments from Kyle McCord and Marvin Harrison in the 2021 cycle. White did not grow up a fan of any particular program, so there’s no reason the Buckeyes should be playing from behind at all.

“I didn’t really have any favorites growing up,” White said. “When it’s that time [to make a decision], I’ll go through it with my coach and family to find the best situation for me.”

Right now, the country’s No. 8-ranked player is intending to announce a college decision toward the end of his senior season at the All-American Game in San Antonio. Before then, he’ll do his best to get to Columbus as soon as he’s able.

“I am looking forward to getting over there when things clear up,” he said.

About two weeks ago, the Buckeyes offered Beaumont (Texas) safety Bryce Anderson, a long-time LSU commitment in the Class of 2022. On Wednedsay, Ohio State went back to Texas and offered another LSU 2022 defensive back pledge, Aledo’s Bryan Allen.

Allen picked the Tigers just about a month ago from an offer list that included almost 20 schools. Allen is the country’s No. 2-ranked safety in the Class of 2022 after picking up 122 tackles and three interceptions as a sophomore.

We don’t talk much basketball recruiting here in this space, but when commitments happen, it’s worth mentioning.

Ohio State picked up verbal No. 1 in the Class of 2022 on Wednesday night when Bowen Hardman, a 6-foot-3, 160-pound shooting guard from Cincinnati Princeton High School ended his recruitment.

Hardman is a 3-star prospect right now and had just three early offers from Ohio State, Cincinnati and Xavier. As a sophomore, Hardman scored just under 12 points a game while shooting 42 percent from beyond the 3-point line and better than 90 percent from the free-throw line. An athletic shooter, Hardman is an early candidate for top-100 national status as his class receives further evaluation from national agencies.