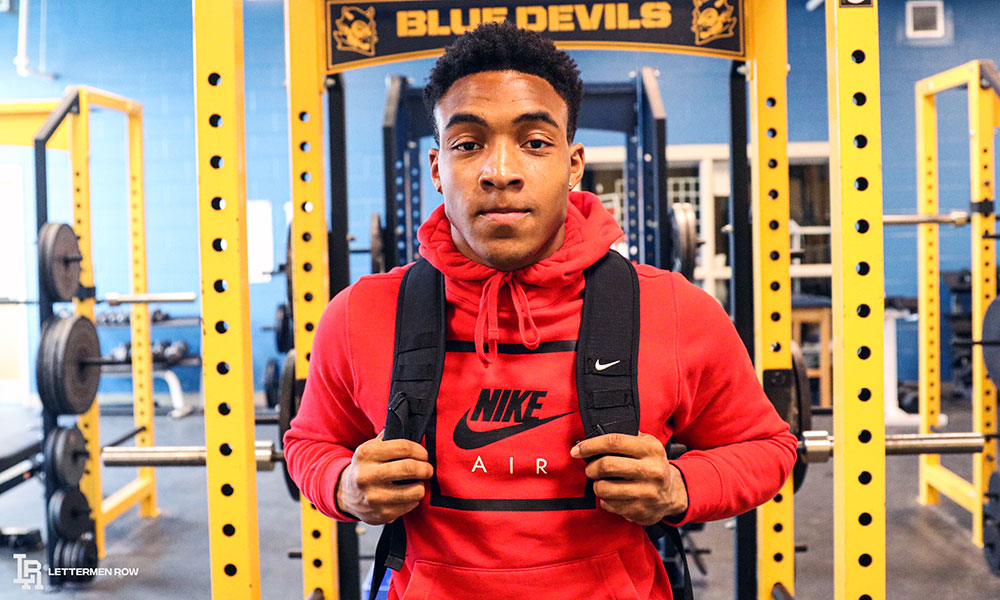 COLUMBUS — The shock to the system may make it feel otherwise, but Monday night was not the end of the Ohio State football program.

The Buckeyes 52-24 loss to Alabama doesn’t even need to be called a setback. Instead, it can serve as a wakeup call.

There’s no doubt that Ohio State is going to put itself in a position to return to the title-game stage. The level that the Buckeyes are recruiting means that nearly every single time they find the playing field, they’ll be the more talented team. That usually leads to wins and that means the opportunity for redemption doesn’t have to be far behind.

“When we went out to go play against Clemson, we remembered those feelings,” Nicholas Petit-Frere told the media following Monday’s loss. “We had a lot of those emotions playing that game, but we knew to keep our poise and calm and do the job we needed to do.

“Same thing here. This is just another building block on our team to make us stronger, not only as team, as a group we have coming back, but also for future Buckeyes.” 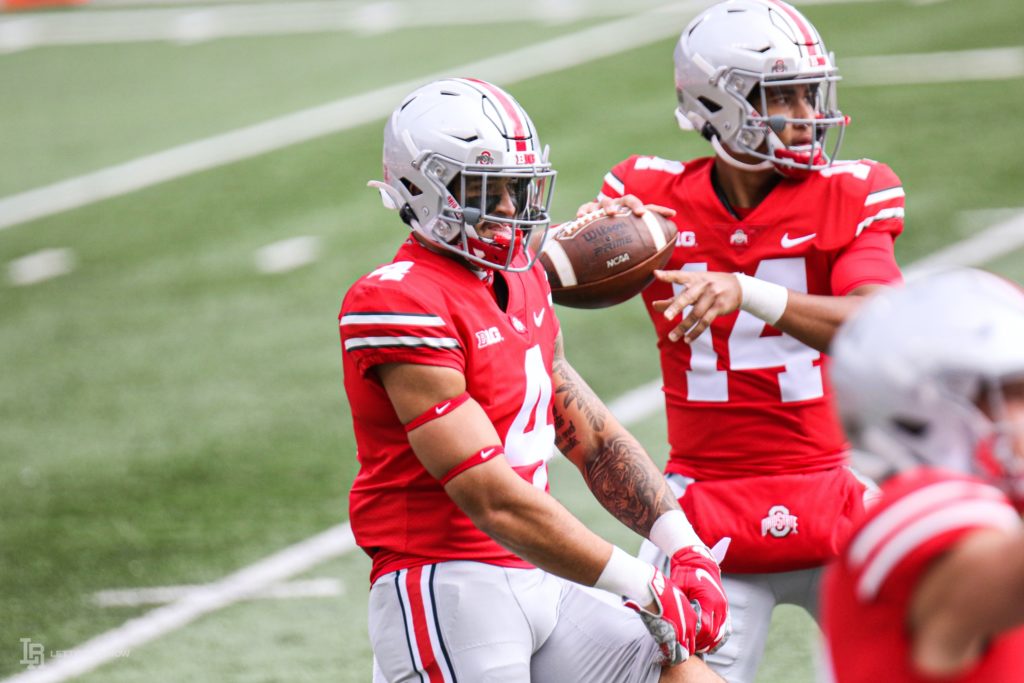 Julian Fleming and C.J. Stroud will have to take Monday’s loss personally to grow from it. (Birm/Lettermen Row)

In January of 2019, Alabama walked quietly off the field of Levi’s Stadium with heads down and tails between their legs, humbled. Sophomores like Najee Harris, Devonta Smith and Alex Leatherwood had to deal with an Orange and Purple-confetti shower as Clemson celebrated on the field behind them having just applied a 44-16 whooping to the Crimson Tide, the worst loss of Nick Saban’s tenure in Tuscaloosa.

“One game doesn’t define who you are — but I also told the players that sometimes we learn more when things don’t go well, when we lose,” Saban said after that loss. “You have to learn how to lose as well as how you win. And there’s a lot of lessons for us to learn from the experience that we had in this game, whether you’re a senior who’s leaving or whether you’re a player who’s coming back and you see that we have work to do.”

There is work to be done in Columbus, but there always is. That’s the curse and the blessing of high expectations. The work is going to start with Ryan Day, who will be tasked once again with sorting out what changes he’ll need to make on the defensive side of the football. There are clearly schematic adjustments needed, and they’ll certainly be addressed before the Buckeyes 2021 recruiting class arrives in full.

Those kids, watching the game from home instead of on campus at Ohio State like they would’ve in a normal year, will be tasked with continuing the legacy the Buckeyes are building.

“My first thought when the game ended was to get focused and work even harder than I already am,” 5-star running back signee Treveyon Henderson told Lettermen Row. “Because my goal is to win a couple national championships, and it’s not going to be easy.”

Winning a national title isn’t easy, and it never has been. But in most cases the most talented team in the country wins it. Alabama was the most talented team in the country this year, and the backbone of that team were the players who watched Clemson run all over them two years ago. The Buckeyes sophomore class, guys like Garrett Wilson, Jameson Williams, Harry Miller and Zach Harrison, no doubt feel the same way now as DeVonta Smith and company did then. Ohio State’s 2020 class, highlighted by Paris Johnson, Julian Fleming, Jaxon Smith-Njigba and Gee Scott, do too. 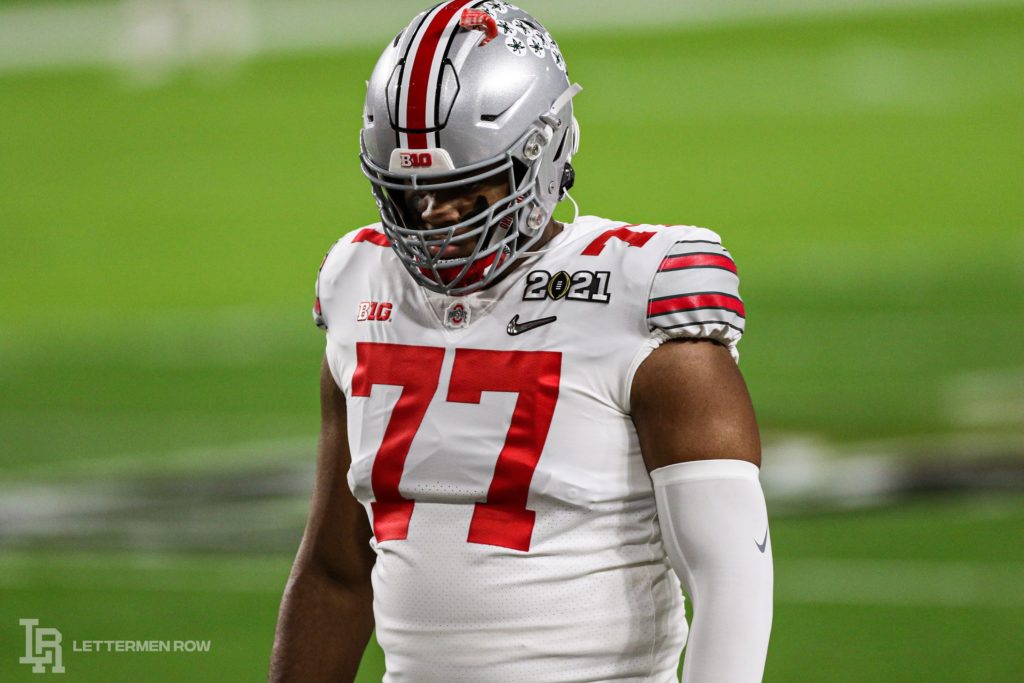 Watching Alabama beat the Buckeyes will serve as motivation in the future for Ohio State players and recruits. (Birm/Lettermen Row)

There’s a lot of talent coming in to Columbus, and there’s no doubt Ryan Day is the right man to lead the Buckeyes into the future, even though there’s disappointment now. Getting back to the College Football Playoff is the goal every year, and that’s not changing. Sure, the Buckeyes need to replace great players, likely starting with quarterback Justin Fields. But Mac Jones watched Trevor Lawrence hoist the title trophy two years ago just as C.J. Stroud, Jack Miller and Kyle McCord — from his couch —  had to watch Jones do that this week. Motivation isn’t going to be a problem.

Talent isn’t going to be a problem ever at Ohio State. The Buckeyes 2021 class is the No. 2-ranked group in the country. The 2022 class is currently ranked as the No. 1 class, and it’s going to get better. Even the leaders of that group are already taking losses personally.

“The game was a tough one,” Ohio State 2022 commit C.J. Hicks told Lettermen Row. “It makes me want to get right back where we were at and just finish the job.”

There are few programs in the country that are recruiting and playing at the level Ohio State is. After a remarkable two-decade run, and even after Monday’s loss, the real fun could be just beginning for the Buckeyes.