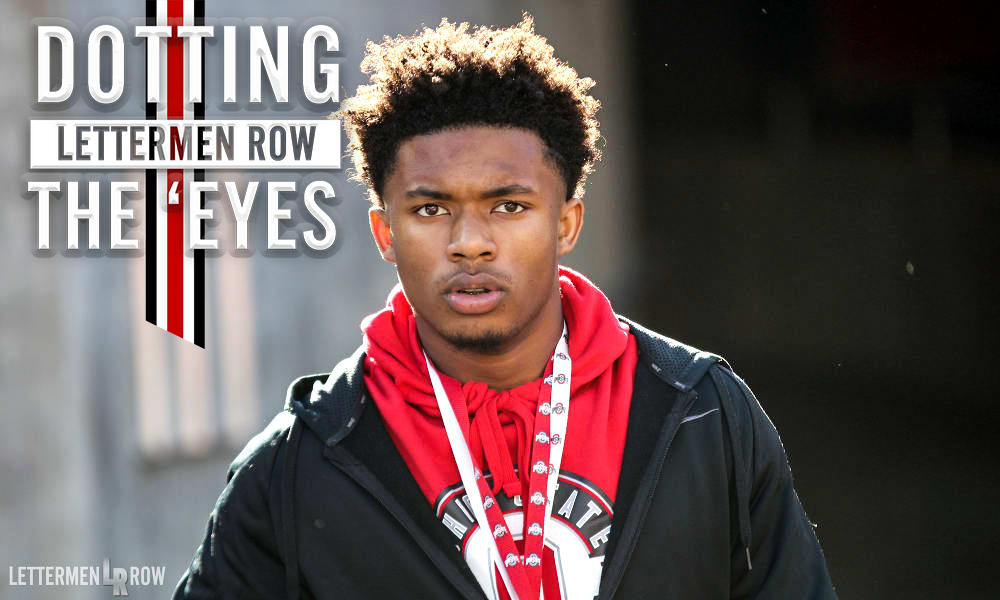 Stay in touch or be left out because Ohio State recruiting is a 24-hour, seven-day-per-week obsession. What’s the latest news as the Buckeyes build for the future? Get that and more Sunday through Thursday on Lettermen Row. Today we look at a handful of new offers handed out by the Ohio State coaching staff.

The Buckeyes have two of the country’s top receivers already committed in the Class of 2020, but the goal is to add at least two more players to complement Jaxon Smith-Njigba and Gee Scott.

On Tuesday night, Ohio State offered a young receiver they’ve been getting to know for a while: Myers Park (Charlotte) 4-star prospect Muhsin Muhammad III.

Great talk with Coach Hartline! That man knows what he’s talkin bout! Blessed to say that I have received an offer from THE 🅾️hio State University #Gobucks @brianhartline pic.twitter.com/k5IMkSbo1B

The country’s 27th-ranked receiver has been waiting for the Ohio State offer for a while now, dating back to last September when he first started to plan a visit to Columbus. After that early November trip, Muhammad raved about his time with the Buckeyes but lamented that he didn’t yet have an offer.

“I think [wide receivers coach Brian] Hartline wants to get organized first,” Muhammad said. “There are offers out there that he didn’t throw out, and there have been a few recruits that tried to commit that they’ve had to say no to.

“Hopefully it should roll in by the spring.”

It did roll in as the 6-foot, 185-pound Muhammad predicted. The question now is whether or not it’s too late for the Buckeyes to make a splash in his recruitment while he adds them to a list of 30 total offers to consider.

“No, it’s not too late,” he said. “I haven’t come out with a top-schools list yet. That should be soon.”

While it may not be too late, it’s still sort of late for the Buckeyes here. Muhammad, a Michigan State legacy, has spent his last six months getting to know college coaches and building relationships with them. For the most part, communication with Ohio State has been sparse. If the Buckeyes intend to get serious here, it will take some real effort by Hartline to show the young receiver that he’s not just a fallback option, but a priority moving forward.

It was late last week when the Buckeyes offered Pinnacle (Phoenix) High School 3-star 2020 offensive lineman Noah Nelson, the second Phoenix-area lineman in the Class of 2020 being chased by Ohio State.

On Monday night, the Buckeyes extended an offer to a 2021 offensive lineman from Arizona as well.

WOW, I am ecstatic to be able to announce that I have received a huge offer to further my academic and athletic career from The Ohio State University! #gobucks ⭕️ pic.twitter.com/Kz1xjgW2BW

That is 6-foot-4, 270-pound sophomore Bram Walden, an early 4-star prospect and the second-ranked player in Arizona in the Class of 2021 behind his teammate and fellow Buckeyes offer Quintin Somerville. Walden has 12 early offers and was offered by Texas A&M, a program very welcomed at Saguaro High School, on Tuesday. Mike Yurcich, who recruits Arizona for the Buckeyes, extended the offer.

The message Yurcich relayed about his offer was positive, and the Buckeyes see real upside in his game.

“Coach Yurcich said he really liked my film and he could tell that I’m really passionate about football,” Walden said. “He said they want to build a relationship with me and to get to know the program better.”

Ohio State has tried for years to get more involved in Arizona, and Saguaro High School specifically. Maybe Walden will provide that opportunity. He wants to get to Columbus for a visit with the Buckeyes this summer. His recruiting process is just getting started, so he’s looking forward to seeing a few places.

“I want to take a few visits and I’ll figure out who I want to visit,” he said. “But Ohio state is definitely going to be one of them.”

An early 4-star prospect from North Gwinnett (Suwanee, Ga.) High School, Carter is a 6-foot-1, 205-pound linebacker who was born in Chicago but moved to the south when he was in the second grade. The Buckeyes offer is a game-changer for him.

“It’s a great all-around school,” Carter said. “They always have a standout team and the school has amazing academics. It’s a huge offer to me and my family.”

Ohio State linebacker coach Al Washington was inside of North Gwinnett on Tuesday and extended the offer within minutes of Carter also receiving an offer from Notre Dame. His recruitment is about to blow up. The Buckeyes, like Notre Dame, see him exclusively as an outside linebacker.

“Coach Washington said I am the type of player and person they look for and they need me on the defense,” he said. “They see me as a linebacker all the way.”