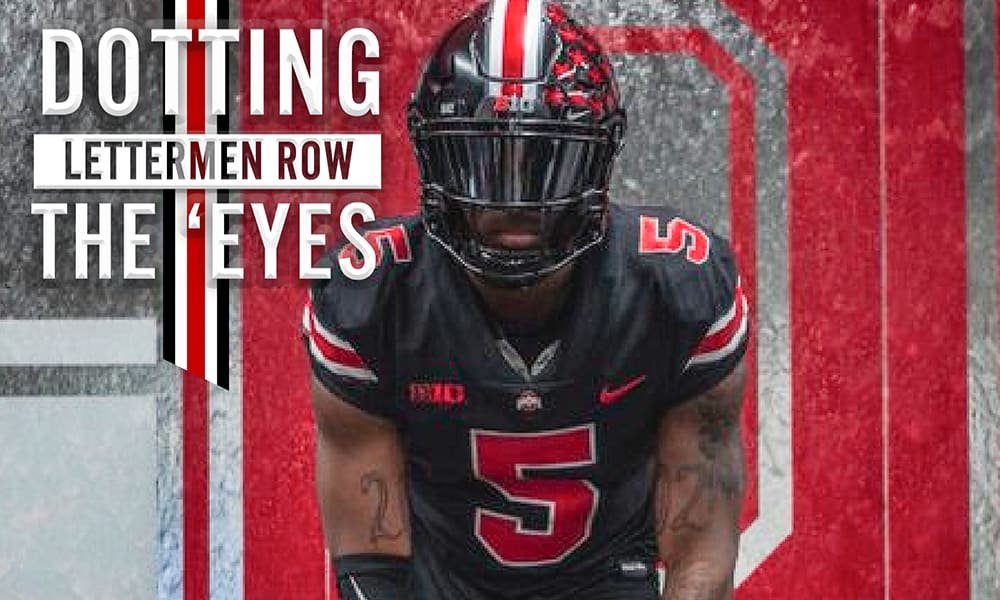 Ohio State is hoping to land Mookie Cooper to wrap up receiver recruiting in 2020. (Mookie Cooper/Twitter)

Stay in touch or be left out because Ohio State recruiting is a 24-hour, seven-day-per-week obsession. What’s the latest news as the Buckeyes build for the future? Get that and more Sunday through Thursday on Lettermen Row. Tonight’s edition has the latest on a pair of 2020 slot receiver targets and updates the top schools list for a recent big-time visitor from Texas.

After a remarkable recruiting run that has seen its 2020 recruiting class climb all the way up to a No. 4 ranking in the national recruiting race, Ohio State could be on the verge of adding another very key piece of its offensive puzzle in the next few days.

I will be committing next week tho 😇

Though the Buckeyes have already put together one of the country’s best receiver groups in 2020 with Julian Fleming, Gee Scott, Jaxon Smith-Njigba and potentially Cameron Martinez, the possibility of adding another dynamic playmaker like Cooper is enticing. For Ryan Day and wide receivers coach Brian Hartline, the addition of Cooper would provide Ohio State with the kind of true slot receiver prospect it hasn’t had in a few recruiting cycles.

When the decision from Cooper is made remains up in the air, but which schools are still involved has not been a secret. Aside from Ohio State, the battle for Cooper’s services comes down to Illinois, USC, Texas and Miami. Sources around the Buckeyes program have indicated the only real threat here is Illinois.

While that may be a laughable notion to some, there are real ties between Cooper and former St. Louis Trinity Catholic head coach Cory Patterson, who is now the tight ends coach for the Illini and the primary reason that Lovie Smith’s program was able to lure former 5-star quarterback prospect Isaiah Williams from the same prep program in the Class of 2019.

Ohio State should be considered the favorite to land Cooper based on what Lettermen Row is being told. But until a decision is finalized, the relationship Cooper has with his former coach shouldn’t be dismissed.

How Ohio State can pull Tunmise Adeleye from home

One of the bigger names in the Class of 2021 that visited Ohio State for it’s big Junior Day last month was Tompkins (Katy, Texas) High School 4-star defensive line prospect Tunmise Adeleye. After that trip, Adeleye has narrowed his schools list from the more than 25 offers he holds to a final 10 schools.

According to the country’s third-ranked strongside defensive end, the Buckeyes have done a good job developing a relationship with him despite the challenges of contact regulations that limit conversation until Sept. 1 of his junior season.

“[Defensive line coach] Larry Johnson is an elite defensive coach who knows how to mold not just great linemen, but men of character. It’s really simple for them to remain in my top schools moving forward. Just continue to win and continue to build a relationship with me and my family.”

Only Ohio State and Michigan are outside of the Texas and SEC footprint on Adeleye’s list, and he admits there’s some pull to stay closer to home for college.

While we’re on the topic of top-10 lists, Dublin Coffman 4-star athlete Michael Drennen II released his top schools list late last week. As expected, the Buckeyes made the cut.

It would be pretty hard to find a more loaded top list than Drennen’s, and it’s especially SEC-heavy, a fair sign that he’s considering the idea of leaving Ohio for college. The Buckeyes have remained in contact with the 5-foot-11, 190-pound athlete, but it’s tough to see where he’d fit into their recruiting class of today. He’s not a true running back despite his label as an all-purpose back in the national recruiting databases and would likely be a slot-receiver option for Ohio State.

If the aforementioned Mookie Cooper picks the Buckeyes this week, any window for Drennen in Columbus could be completely closed and the state’s third-ranked prospect according to the 247Sports.com composite rankings will head out of the state for college.