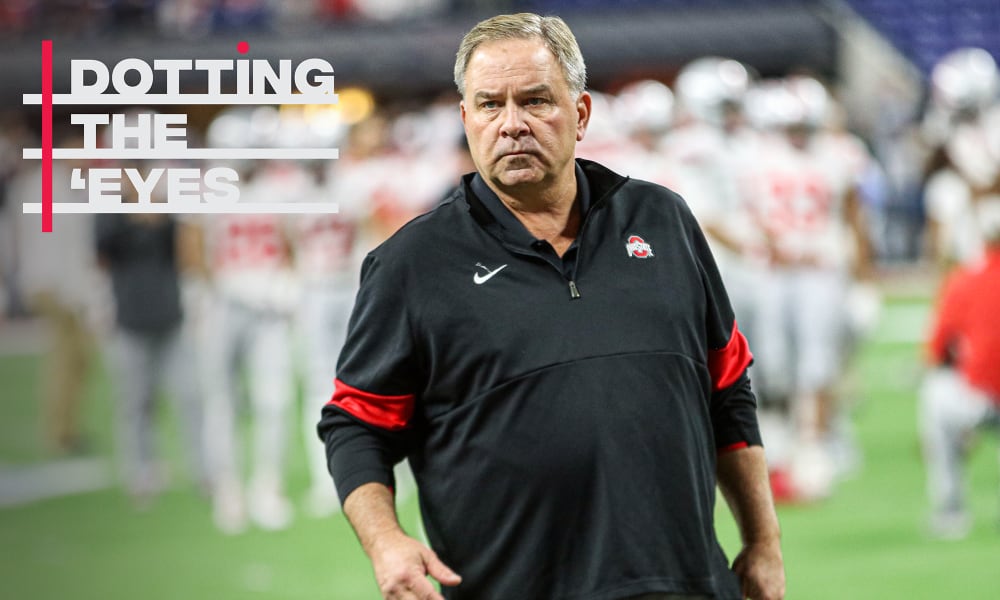 Stay in touch or be left out because Ohio State recruiting is a 24-hour, seven-day-per-week obsession. What’s the latest news as the Buckeyes build for the future? Get that and more Sunday through Thursday on Lettermen Row. Tuesday’s notebook gives the latest on a couple of young prospects with interest in Ohio State.

The Buckeyes aren’t done recruiting the tight end position in 2021, and Moliki Matavao continues to be one of the prospects they have a sincere interest in landing.

“I know that Ohio State wanted two tight ends,” Matavao told Lettermen Row, speaking about the late December commitment of Sam Hart. “They are still telling me that I’m the big, athletic guy that they want as well. We talk about twice a week.”

The conversation with Matavao is a good, positive thing for the Buckeyes. But until Nevada’s top-ranked 2021 prospect makes it over to Ohio for a visit, it’s hard to know exactly where this recruitment can go. Getting to Columbus is a priority.

“It’s a big piece of my recruitment,” Matavao said, suggesting his recruitment hasn’t really picked up yet because he’s only made a school visit to USC to this point. “I plan on visiting Ohio State. Possibly in the spring, it’s just hard to get out to those places with a big family.

“I’d love to visit lots of schools. It’s just hard, but I should make some visits this coming spring.”

Ohio State was very much in the mix for 2021 safety prospect Hunter Wohler before the Muskego (Wisc.) standout committed to his home-state Badgers last month.

Braelon Allen, a 2022 prospect from Fond Du Lac, could be the next prospect from Wisconsin to warrant a Big Ten recruiting battle.

Allen, the No. 76-ranked overall player in the early 2022 rankings according to 247Sports.com, told Lettermen Row he is definitely interested in the Buckeyes.

“I’m definitely very interested in Ohio State,” Allen said. “I’ve had a little contact with some of the recruiting guys there, though that’s about it. I’ve been hearing from Notre Dame, Wisconsin, Iowa, Clemson, Arizona State and a few others.”

Wisconsin, Iowa and Notre Dame have offered according to Allen’s 247Sports.com profile, and that trio of schools has each received multiple visits from Allen to this point. The 6-foot-1, 215-pounder is likely to keep growing, and he expects to eventually be in the 6-foot-4 range. Though he plays safety now, he believes he’ll end up playing linebacker at the next level. His interest in the Buckeyes is a result of the program’s long-time success.

“It’s a great program that produces a lot of NFL talent,” Allen said. “And it’s decently close to home. I’ve always been a fan.”

The close to home comment may inspire a bit of reluctance from the Buckeyes, especially after failing to close on Wohler, who was a top target for Ohio State in the Class of 2021. Allen isn’t concerned about where a school is located, though.

“I don’t think the distance from home is a huge factor for me,” Allen said. “I’m just going to try to find the best fit for me. I’ve always dreamed of playing down south, but wherever I feel at home is where I’ll go.”

Another 2022 prospect that may be worth getting to know is St. Joseph’s Regional (Montvale, N.J.) offensive lineman Kevin Loughlin.

A 6-foot-4, 285-pound sophomore, Laughlin missed significant time last season after transferring from Don Bosco Prep to St. Joseph’s. He made visits to Notre Dame, Penn State, Boston College and Virginia Tech in the last six months, and he hopes to visit other schools — including Ohio State. For Loughlin, the interest stems primarily from his former teammate and now Buckeyes freshman Luke Wypler.

“I can’t wait to watch Luke Wypler do great things for Ohio State,” Loughlin told Lettermen Row. “Luke told me what a great place Ohio State was and how it was a natural fit for him. I haven’t had any interest from Ohio State yet.”

In the meantime, Loughlin and his current teammates are waiting to hear who will be their head coach moving forward as Augie Hoffman, Wypler’s coach, has taken a job with Greg Schiano at Rutgers. Coachless and with limited sophomore film, Loughlin is beginning to get noticed.

“I have been seeing a lot more Twitter activity and hearing from schools, but direct contact is still limited since I’m still young,” Loughlin said. “I had transferred to St. Joseph in Montvale [N.J.] and had to sit out a greater part of the season. I’m working very hard to get ready for the camp season to try to get around to some different campuses and compete.”

Nothing captures the attention of the Buckeyes coaches more than a player willing to do that.