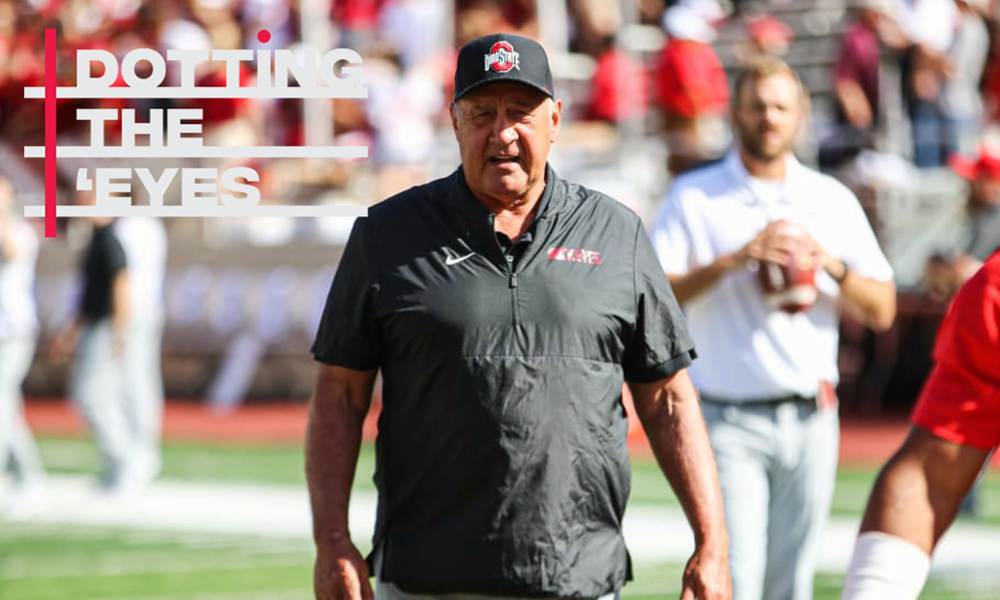 Stay in touch or be left out because Ohio State recruiting is a 24-hour, seven-day-per-week obsession. What’s the latest news as the Buckeyes build for the future? Get that and more Sunday through Thursday on Lettermen Row. Monday’s notebook talks with David Davidkov about his January visit to Ohio State and examines a new possibility emerging at wide receiver in the Class of 2021.

Ohio State offered 2021 Illinois offensive lineman David Davidkov back in September, but it was not until mid-January that the country’s No. 22-ranked offensive tackle made his first visit with the program.

“It was amazing,” Davidkov told Lettermen Row about the visit to campus last month. “It was my first time there. I talked to a decent amount of players there, and they told me about their progress, development and culture, which I value a lot.”

Greg Mattison has been the primary contact for the 6-foot-6, 295-pound Davidkov, but there’s also been regular contact with offensive line coach Greg Studrawa leading up to the trip to Columbus.

“I’ve stayed in touch with Coach Mattison and Coach Stud like once a week or once every 2 weeks leading up to it,” he said. “We all think very highly of the coaches. They care about the players while making them better players and people.”

The No. 2-ranked prospect in Illinois, Davidkov said the discussions with Ohio State about his potential role on the offensive line haven’t yet included exactly what position they’d prefer he play. He also doesn’t have a preference of his own.

“I haven’t talked to them about that yet,” he said. “Most schools have said they’d just see where I fit best. I’m willing to play wherever.”

Ohio State, Michigan, Wisconsin, Iowa, Minnesota and LSU are the schools Davidkov is holding a lot of interest in right now. But it’s the rival Wolverines that currently have the lone crystal ball prediction attached to his recruiting profile on 247Sports.com. He believes that’s just a byproduct of a pair of early visits to Ann Arbor.

“I have visited [Michigan] twice,” he said. “I’ve also stayed in contact with their coaches. Not sure why that’s the prediction, because I don’t even know where I’m thinking at this point.”

What Davidkov is thinking about is a return to Ohio State.

“I will definitely be back there this spring,” he said.

Though his name was mentioned in passing during last week’s big board post about 2021 receiver targets, Mario Williams is someone the Buckeyes are certainly paying more attention to lately.

Ohio State offered the Plant City (Fla.) 4-star wideout in early February, an offer that was extended by Tony Alford and not Brian Hartline. But there’s no doubt that the 5-foot-10, 185-pound prospect has caught the attention of the staff in Columbus. For that interest to turn into something real now, it’s going to take a bit of personal commitment on the part of the country’s No. 5-ranked wide receiver.

The Buckeyes will absolutely get back to the Tampa area to see Williams the next time the NCAA’s recruiting calendar permits it. The question will be whether or not Williams makes it a priority to get himself to Ohio so that the Buckeyes can feel genuine interest on his part. If that occurs, he could go from longshot to real shot quickly, especially as Fort Lauderdale 4-star Troy Stellato continues to wait out his recruitment.

Corey Kiner plays the role of joker on social media

It’s time to peel back the curtain a bit on the life of a guy who covers college football recruiting for a living.

Picture this: It’s a Sunday night, and work for the day was all but over. Then, as I perused the Twitter machine, I saw a random tweet from a local news reporter in Cincinnati that mentioned 4-star running back Corey Kiner and a “decision” he was making later in the evening on a local television station.

Tonight on Sports of All Sorts: ⁦@CoreyKiner⁩ makes his decision. Join us as the ⁦@RogerBaconFB⁩ standout running back drives through his choices and shares if he’s staying local. ⁦@WCPO⁩ pic.twitter.com/tqdsHIcEpc

I received a number of random direct messages about the tweet above and the implications on Ohio State recruiting. Reactions were wide-ranging, with folks wondering if he was committing to the Buckeyes or rival Michigan or if Ohio’s sixth-ranked junior was staying home and picking Cincinnati.

So, I hit pause on “Beat Bobby Flay” and picked up the phone. I reached out to a number of clued-in sources for an update on what exactly was happening and what to expect with Kiner’s decision. And upon learning about what actually happened, I was glad to know I could hit play and get back to the Food Network.

Kiner wasn’t committing to a college. No, the 5-foot-10, 197-pound running back was going on television to let viewers know which restaurant he was committing to, the second part to an elaborate joke he began two weeks ago with this “top-5” list.

He picked Skyline Chili, for the record, and while that should make folks question his decision-making skills, Kiner did grab the attention of folks like myself in a weird way on Sunday night. The recruiting process has to be fun or it can drive kids crazy, so when they take it and make it their own, it’s always a good thing for them.

Even if it’s not always a good thing for me and my ability to adequately support the culinary efforts against Bobby Flay.