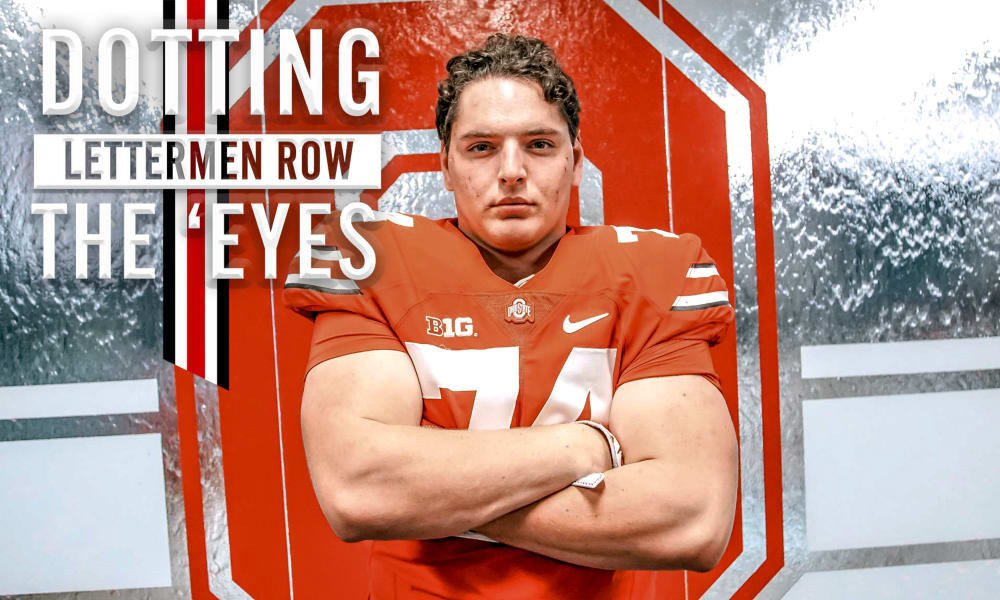 Stay in touch or be left out because Ohio State recruiting is a 24-hour, seven-day-per-week obsession. What’s the latest news as the Buckeyes build for the future? Get that and more Sunday through Thursday on Lettermen Row. Today we talk with Ohio State commitment Luke Wypler about Ryan Day and local lineman Sam Rengert is set to return to campus as well.

Ohio State 2020 commitment Luke Wypler has remained pretty quiet about his recruitment since he issued his verbal pledge to the Buckeyes last summer. The country’s top-ranked center prospect has never been the attention-seeking kind, and when Urban Meyer retired in December many speculated that he was a player who could end up looking around at other schools.

The 6-foot-4, 285-pound Wypler hasn’t looked around, though, and instead has just been looking ahead at what Ryan Day’s program in Columbus will be. So far, he likes what he sees.

“Ryan Day has been everything and more than my family thought,” Wypler told Lettermen Row. “He is an awesome man and coach and someone I connected with immediately. There wasn’t an ‘A-ha’ moment, but we know we’re in good hands.”

Day’s influence is obviously crucial in Wypler’s commitment, but he’s not the only coach talking to the future Ohio State lineman.

“Everything is going really well,” he said. “It’s awesome, I talk with every coach on the staff daily. I’m going be out there either March 23 or 29, I think the 23rd.”

Wypler hasn’t been as vocal on social media as some other Ohio State commits, but he’s working behind-the-scenes as a recruiter specifically on a fellow offensive lineman.

“I talk to [Kansas lineman] Turner Corcoran on a daily basis,” Wyper said. “We’re working on every major piece to the puzzle that the staff wants.”

Milford Center Fairbanks 3-star offensive lineman Samuel Rengert has his next Ohio State visit set. The 28th-ranked player in the state of Ohio will make the short trip along Route 33 next weekend.

So far there’s been little talk about a potential offer for Rengert, but he’s closing in on a dozen of them from other schools. He’s an Ohio kid, and a Buckeyes offer would almost certainly — and immediately — end his recruitment.

“[An offer from Ohio State] would definitely make my day,” he said. “That’s any Ohio kid’s dream. So far, there’s been no talk about an offer. They just wanted to get me there for a spring practice. I’m not sure what’s caused the increase in communication, but I’m looking forward to next Friday.”

The Buckeyes crept into North Carolina a few months ago and stole defensive lineman Jaden McKenzie from under the nose of the home-state Tar Heels. Now McKenzie could be the key in helping the Ohio State make a move on a 2020 offensive lineman if they decide to offer.

Mitchell Mayes, a 4-star guard from Leesville Road (Raleigh, N.C.) High School is the country’s third-ranked guard, and this week saw the Buckeyes make contact with him for the first time.

“My first time talking with Ohio State was Monday,” the 6-foot-5, 315-pound Mayes told Lettermen Row. “Coach Miscuda, the assistant offensive line coach, reached out. He wants to build a relationship and wants me to come to Ohio State for a visit, so we are planning to do the Ohio State spring game for an official visit, but nothing is in stone.”

Mayes has offers from more than 20 schools, including big-names like Clemson, Georgia, Florida State and Auburn. The Buckeyes are just starting to learn about him, but he’s learned about Ohio State from McKenzie.

“Ohio State is a big-time program with storied tradition and great people,” Mayes said. “One of my friends, Jaden McKenzie who is a Buckeye, only tells me great things.

“He told me his official visit was unbelievable and he couldn’t say no to Ohio State. That is what he expressed to me and got my attention.”

Mayes intends to cut his list of schools this spring and hopes to make a commitment some time during his senior season. He’s North Carolina’s second-ranked prospect in the Class of 2020.