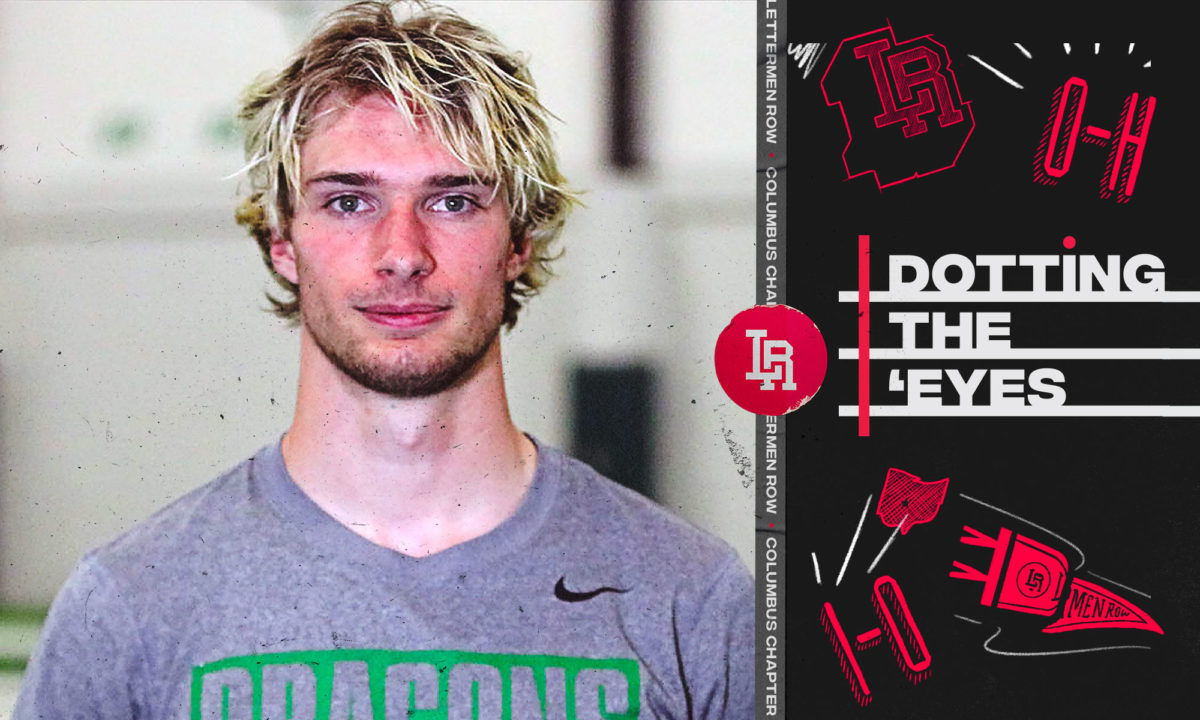 Landon Samson is coming to Ohio State with the hopes of landing a scholarship offer from the Buckeyes. (Birm/Lettermen Row)

Stay in touch or be left out because Ohio State recruiting is a 24-hour, seven-day-per-week obsession. What’s the latest news as the Buckeyes build for the future? Get that and more Sunday through Thursday on Lettermen Row. Today we’re taking a look at the June 11 weekend in Columbus as the Buckeyes open up campus for a second round of official visitors and a couple key unofficial visitors.

Landson Samson will work for Ohio State offer on Saturday

There will be a number of important visitors this weekend but perhaps no visit is more important to the prospect themselves than the visit of Southlake (Texas) Carroll 2022 receiver Landon Samson. When Lettermen Row was in Texas in early May, Samson told us he was coming to Ohio State this week and there’s one reason for that: to show Brian Hartline and the Buckeyes that he’s worth a scholarship offer.

Yes, Ohio State has three wide receivers committed, but the depth that caused a Thursday offer to an FCS-level transfer means there’s a high probability that the Buckeyes bring in a fourth in the 2022 class. Samson took a visit to Nebraska last week and the 6-foot-1, 180-pound 3-star prospect is very interested in the Huskers.

But he wants an Ohio State offer. He’s showing up to earn one and will get that chance during a one-hour workout with Brian Hartline on Saturday. Samson is a special athlete and no one has any questions about that. The question is whether or not he can show Brian Hartline that he has the ability to play the receiver position at a high level.

Samson will arrive in Columbus with teammate and close friend Quinn Ewers rooting him on.

Ohio State has been closely linked to 4-star running back Dallan Hayden for months and he’s the frontrunner to become the 2022 Buckeyes tailback commitment. Hayden will visit next weekend, June 18-20.

This weekend, Colorado’s Gavin Sawchuk is coming to Columbus and the country’s No. 2-ranked running back is one of just a few players at the position that could be considered on the same level as Hayden. Sawchuk’s recruitment has been somewhat under-the-radar as it pertains to the Buckeyes, but he’s been in regular contact with Tony Alford for a long time.

“The great thing about Coach Alford is there was never pressure to talk all the time,” Sawchuk told Lettermen Row last month. “And be on Zoom meetings all the time. He would check in with me very often and we would chat often, but never made a big deal about it. I have a great relationship with Coach Alford.”

Sawchuk made an official visit to USC last weekend. He’s aiming for a summertime decision and has visits to Oklahoma and Notre Dame still ahead of him. The Buckeyes and the Fighting Irish are the two schools at the top of the list for Dallan Hayden, so there could be some intrigue at the position in the next few weeks.

Jihaad Campbell’s official visit and why it’s so important

Make no mistake: Jihaad Campbell has been a high, high priority for Ohio State for a while now.

The IMG Academy (Bradenton, Fla.) edge rusher has not — until recently — been in much contact with the Buckeyes. Heck, Ohio State hadn’t even been mentioned as a contender for him recently when he first announced his official visit schedule. Something changed recently and whatever caused that gives the Buckeyes a chance to get fully back into the race. That begins this weekend with an official visit to Columbus for the New Jersey native.

When Ohio State had three linebackers committed, it was harder to show the 6-foot-4, 220-pound Campbell where he’d fit into the Buckeyes defense. He and Dasan McCullough could be played in similar roles and now that McCullough is out of the class, the need to replace him with a big-time edge rusher and linebacker like Campbell is paramount for Ohio State. He’s been at the top of the list for the Buckeyes, and now they can prove it.

Clemson and Ohio State both missed out on North Carolina standout Jalon Walker, and now, those two programs are in the fight for Campbell. He visited there early this week and will be at Georgia and Texas A&M in the next two weeks.

Examining the rest of the Ohio State official visitors

Outside of the dudes mentioned above, there are other key visitors coming to town this weekend. Here’s the rundown of the rest of the weekend’s official visitors.

Ohio State: Breaking down first official-visit weekend, top camp performers
Watch this video on YouTube.
Need more Ohio State recruiting #Stuff? Join the conversation below in the comments and sign up for Scarlet Sunrise, Lettermen Row’s morning newsletter that will get your day started with all the important Ohio State news you need to know. Prefer video? Follow Buckeyes football on YouTube with Lettermen Row. You can also get your recruiting fix by subscribing to Talking Stuff: The Ohio State Recruiting Podcast on iTunes, Spotify, Google Play and Stitcher.
Continue Reading
Related Topics:Featured, gavin sawchuk, jihaad campbell, landon samson