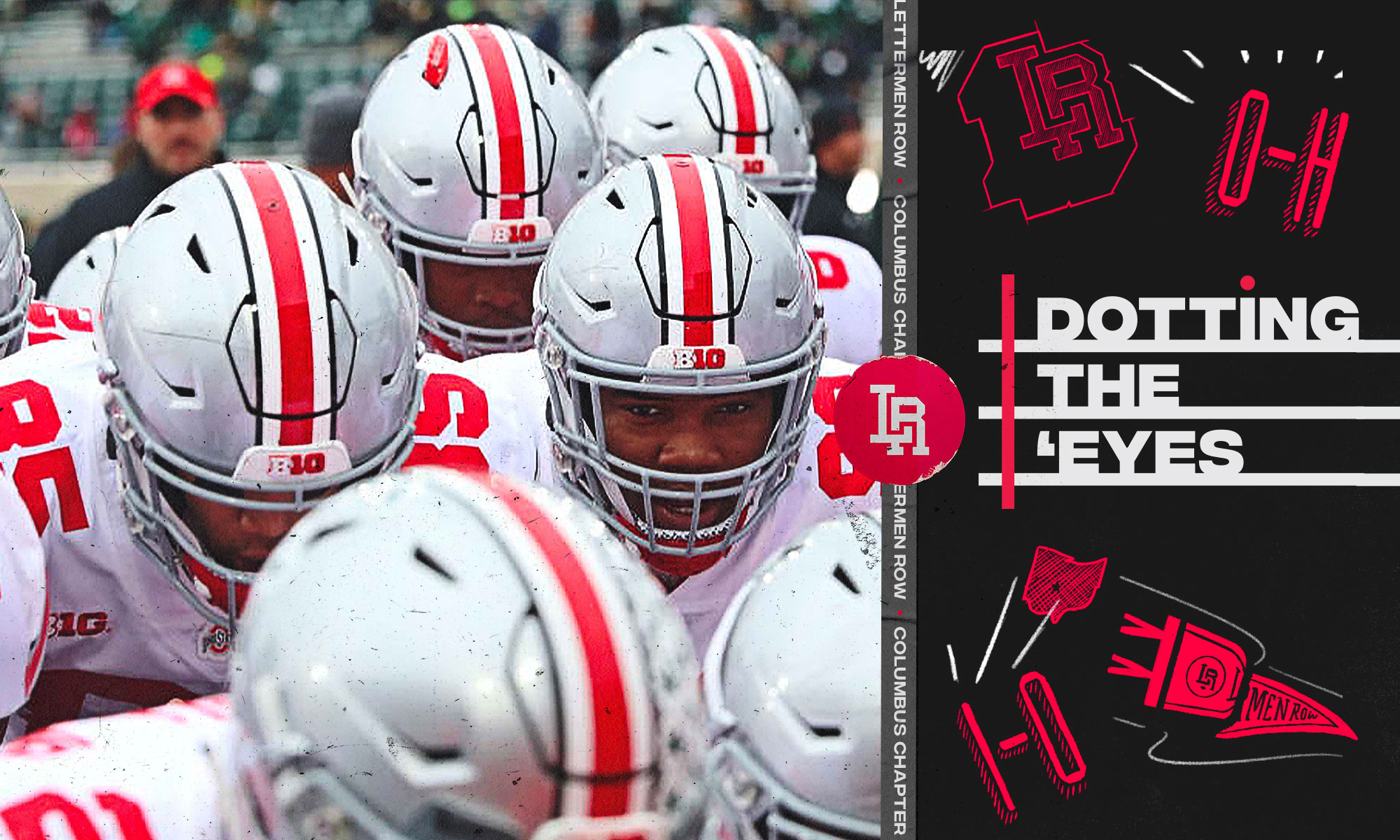 Ohio State is eager to get back to full-time recruiting. (Birm/Lettermen Row)

Stay in touch or be left out because Ohio State recruiting is a 24-hour, seven-day-per-week obsession. What’s the latest news as the Buckeyes build for the future? Get that and more Sunday through Thursday on Lettermen Row. Friday’s notebook checks in on the recruitment of J.T Tuimoloau and the latest in the recruitment of a pair of 2022 prospects.

As expected, J.T. Tuimoloau timeline heads to April or beyond

The country’s top-ranked 2021 prospect has decided, at least according to Brandon Huffman of 247Sports.com, not to sign a Letter of Intent or make a college decision in the February signing period, which begins next Wednesday.

That information lines up pretty well with what Lettermen Row has been suggesting as the likely outcome with J.T. Tuimoloau for the last month-and-a-half. Huffman is the lone recruiting reporter who Tuimoloau talks with with any regularity, and his word and work in this recruitment is worth taking at face value. There has been no reason to think any sort of hurried decision was coming from the 6-foot-5, 290-pound, 5-star prospect — and anyone suggesting it was coming next week was probably just conflating the notion of “Won’t decide until signing day” with “Will decide on signing day.” The two items aren’t mutually exclusive.

There’s a possibility for recruiting visits starting on April 16, and it’d be a major surprise to see Tuimoloau make any decision before then — especially if he and his family don’t make an unofficial visit to Ohio State prior to that date.

Get ready for a wild ride over the next few months with a ton of twists, turns and unknowns. Right now, the known is that Tuimoloau, as Ohio State has been expecting, will not sign anywhere next week.

The battle for receiver Kojo Antwi, a 4-star prospect from Suwanee (Ga.) Lambert High School, is heating up.

Georgia added a big piece of its recruiting puzzle on Thursday when it landed a commitment from 5-star quarterback Gunner Stockton, and almost immediately folks in that neck of the woods began to speculate as to which receivers would be clamoring to join him in Athens. That led to a prediction from one southeast Georgia analyst that Antwi, a player who has emerged as a top target for the Buckeyes in the 2022 cycle, would eventually commit to the Bulldogs.

While that may very well end up being true, there’s no expectation that things are imminent on that front, at least not from Antwi himself. So it will be important for everybody involved or worried about how it impacts Ohio State to let the process unfold over the next few months.

“I think Gunner was a great addition to Georgia,” Antwi told Lettermen Row. “But I don’t think anybody should be worried. Right now, honestly, really don’t know where I’m going yet.”

Georgia has been turning up the pressure on Antwi, the No. 19-ranked receiver in the country, over the last few weeks.

“They’ve always been hitting me up and stuff,” Antwi said. “But it has started to pick up a few weeks ago.”

The reason for that? Really it’s anyone’s guess, but what makes the most sense is that Kirby Smart and his program were the ones worrying, especially about Ohio State the seriousness with which Antwi was feeling the Buckeyes. Georgia needs to make sure it doesn’t allow itself to get too far behind the eight-ball right now. If the Buckeyes lead and visits happen, it may have been harder to overcome three months from now.

Recruiting is a wonderful game, and a business that never ceases to be interesting.

I suppose it’s as good a time as any to re-remind folks about something that was written here a few months ago regarding the 2022 recruiting class.

Everything will work out well for Ohio State, no matter who is in, or out, of the Buckeyes class come December.

This is being brought up now because 4-star cornerback commitment Jyaire Brown competed in a 7-on-7 tournament last weekend in Miami and was asked by media members there if he was still talking to other schools or if his commitment was 100-percent locked in. Brown’s answer was that he was committed but still talking to other schools, and he’d let things go where things are going to go with respect to his recruitment and his verbal to the Buckeyes. Fundamentally this is no different an answer from the one Brown gave Lettermen Row back in October.

The bottom line here is that Ohio State is going to try to add another cornerback to the mix of Brown and Jaheim Singletary. If Brown decides he’d rather play somewhere else, then the Buckeyes will move on and replace him if they have to, but they’d rather not unless it’s necessary.

There is no shortage of talented defensive back prospects who’d like to play in Columbus, and Ohio State accepted an early commitment from Jyaire Brown because the Buckeyes believe he is one of the best in America. That said, it seems he’ll continue to look around and Ohio State will continue to recruit others in the event it has to replace him. Again, recruiting is a business. If one side is looking around, the other has no choice but to do the same.

For now, Jyaire Brown is doing what a lot of kids around the country are doing — and should do — and that’s making sure he’s got his eyes open as the recruiting world gets set to return to normal.