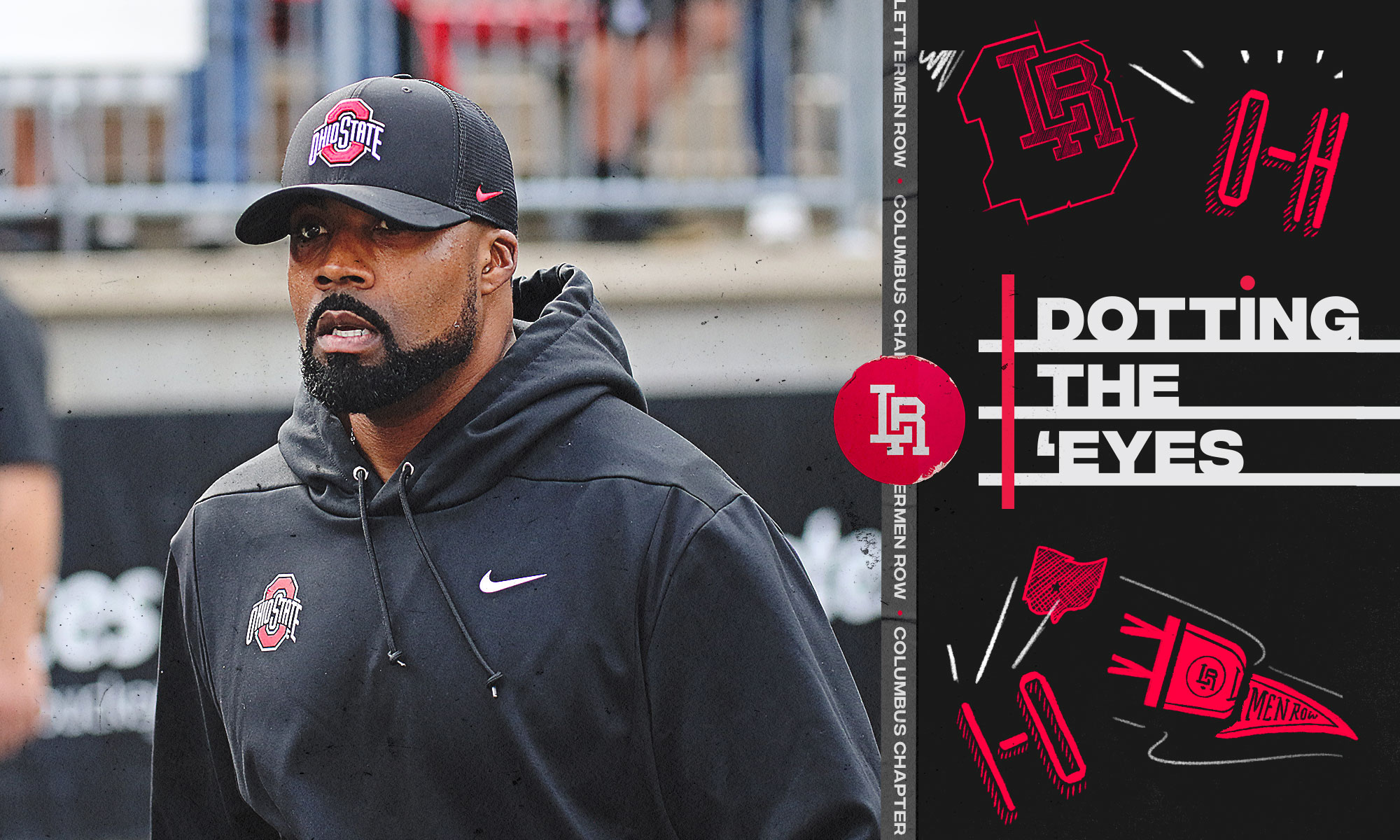 Al Washington has been turning his attention to recruiting the Class of 2022 in recent weeks. (Birm/Lettermen Row)

Stay in touch or be left out because Ohio State recruiting is a 24-hour, seven-day-per-week obsession. What’s the latest news as the Buckeyes build for the future? Get that and more Sunday through Thursday on Lettermen Row. Sunday’s notebook catches up with Texas standout Justin Medlock, one of a few linebackers getting some serious attention from Ohio State.

Ohio State fans may want to get familiar with the name Justin Medlock.

The 2022 linebacker prospect from Manvel (Texas) High School may only be a 3-star prospect but he’s the most recent sophomore linebacker to pick up  a scholarship offer from the Buckeyes, adding Ohio State to a growing list of offers that includes TCU, Oregon, LSU and Texas Tech, each of which offered the 6-foot-1, 200-pound linebacker after Al Washington and Ohio State did on Thursday.

After a great talk with @CoachWash56, I am blessed to receive an offer from THE Ohio State University!! 🌰⭕️ #GoBucks @ryandaytime pic.twitter.com/zziMbJr5AU

“Ohio State has a great reputation down here,” Medlock told Lettermen Row about the offer and its meaning for him. “It’s really an eye opener when someone gets that offer in Texas.

“It means that my play style fits what coach [Ohio State linebackers coach Al] Washington and [Buckeyes assistant Greg] Mattison want to do. An offer from Ohio State is great but at the same time it’s also humbling and makes me want to go even harder.”

The offer for Medlock, who now has 19 total, came at the end of a virtual visit with Ryan Day, Washington and the rest of the Buckeyes staff. That opportunity has the country’s No. 8-ranked inside linebacker feeing good about Ohio State right now.

“It was great,” he said of the call. “Everyone made me feel like a part of the family as soon as the call started and my mom and dad were on there, too. They loved [the coaches] and they felt like they had a connection with them.”

Medlock, who says he’ll probably grow to 6-foot-2 or 6-foot-3, immediately received a pair of 247Sports.com Buckeyes-tinged crystal ball predictions following the offer but says he’s not thinking too much about his recruitment’s conclusion yet.

“I don’t really have a problem with the crystal ball, people can have their predictions on where they think I might end up,” he said. “I really don’t try to look into the future and try to predict how my recruitment will go.”

Ohio State has been getting to know Medlock for some time but the offer really begins his recruitment by the Buckeyes. Getting him on campus sometime in the near future could bring it to an early end.

The Buckeyes are, as we’ve written here at Lettermen Row, looking to take just two linebackers in 2021 and because of that, the number in 2022 could be three or potentially four because Ohio State will be replacing a number of players at the position following the 2021 season.

That’s why it was so important for the Buckeyes to land a big-time player at the position early in the recruiting cycle, and they did that with C.J. Hicks. The early addition of Hicks gives Al Washington a super-talented building block and a young man that is going to play a major role in the recruitment of his peers, including fellow in-state linebacker Gabe Powers and Kansas standout Dasan McCullough who was offered two weeks ago.

In fact, it feels like the Buckeyes are being more aggressive in 2022 than they are in the Class of 2021, where the focus has been on a trio of potential complements to Reid Carrico — Barrett Carter, Smael Mondon and Raesjon Davis — for months now and without any targets expected to join them in that discussion. There are 11 total offers to linebackers in the Class of 2021 to this point and there are already six in the Class of 2022 with more likely to be extended in the near future.

It’s very early in the process but there’s enough confidence building in the relationships with the 2022 class to feel somewhat optimistic that the eventual signees in that class could come from this already offered group. That’s the value of early offers, commitments and peer-to-peer relationships, along with recruiting locally or recruiting kids who have extensive ties to Ohio, like McCullough.

Ohio State is very aggressively pursuing the top linebackers in the country and that’s what has made players like those listed above a top priority along Virginia’s Shawn Murphy and Michigan’s Josh Burnham. Don’t be surprised if more offers go out in the near future, also, as the Buckeyes work to get familiar with other names like North Carolina’s Jalon Walker and South Carolina standout Jaylen Snead, who has become one of the country’s hottest sophomore prospects in the last few weeks.

Ohio State recruiting: Buckeyes working diligently to round out 2021 class
Watch this video on YouTube.