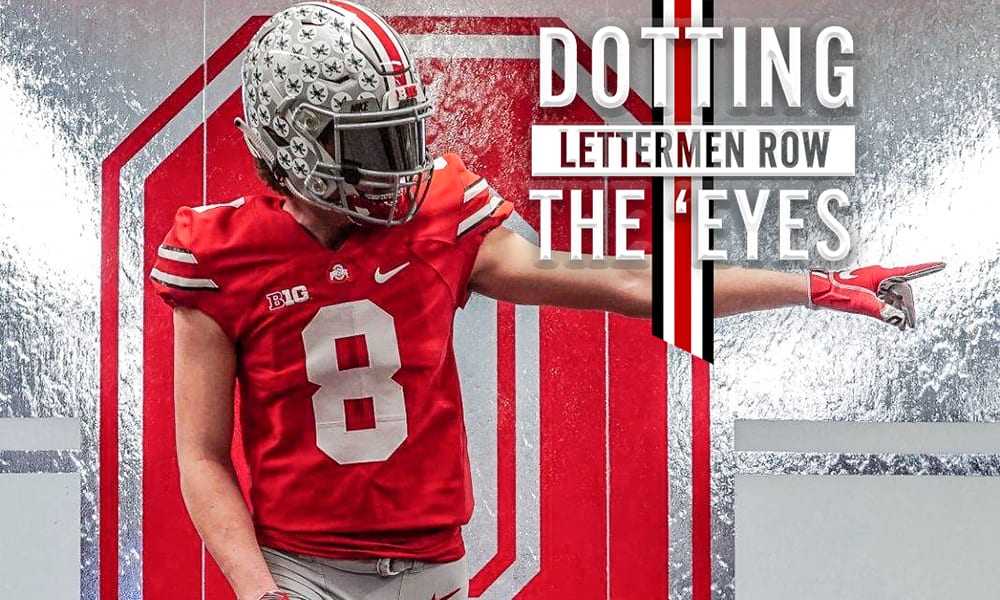 Stay in touch or be left out because Ohio State recruiting is a 24-hour, seven-day-per-week obsession. What’s the latest news as the Buckeyes build for the future? Get that and more Sunday through Thursday on Lettermen Row. Today talk about a tight end the Buckeyes are keeping tabs on and more.

The Buckeyes have not yet offered Barron, but the conversation and communication between the two sides has been consistent and direct.

“[Wilson] said he is looking at 13 guys still, and I am one of them,” he said. “After these two weeks of him traveling to look at guys he will have a better idea of who he’s going to take.

“He said he wants a big tight end and a smaller, more athletic one — like myself.”

We’ve outlined a number of the options at tight end over the last few months. Barron was thrilled by his March trip to Columbus and said then he was interested in returning.

“They just want to see me run around in person before they pull the trigger on an offer,” he said in March. “They are gonna come to school in spring. And then yes, most likely I’ll come camp [in the summer].”

Is that still the plan? Barron is hoping to get back to campus at Ohio State soon.

“It may be an early official visit,” he said. “Or it could be for a camp. I hope to make a mid-summer decision, and communication between myself and [assistant secondary coach Matt] Barnes, Ryan Day and Mark Pantoni has been pretty consistent.”

Over the course of the past three months, we’ve talked at length about a number of different potential 2021 quarterback options for Ohio State, from J.J. McCarthy and Kyle McCord to Jake Garcia and Drake Maye. One name we’ve not mentioned much is Canisius (Buffalo) quarterback Christian Veilleux, who originally hails from Ontario, Canada.

The 6-foot-4, 190-pound quarterback was the positional MVP of The Opening regional in Massillon in late April. He has nine early offers, including one from Michigan. Next season Veilleux is moving to Maryland and will play his junior season at The Bullis School in Potomac, the alma mater of Dwayne Haskins.

It’s that upcoming connection to Haskins, and the way Day and the Buckeyes helped develop him, that has Veilleux hoping for Ohio State to look at him in the 2021 class.

“My trainer was there at Ohio State a few weekends ago,” Veilleux told Lettermen Row. “They asked about me, but I have not been in contact with the coaches yet. It’s just a big-time program and their reputation really sparks my interest.

“Plus what they did with Haskins.”

Ohio State’s quarterback situation is set up for some intrigue in the next few years, and a lot of names will warrant closer examination moving forward.

So, that’s a pretty good day.

“To be honest, by the way I’ve been working, I knew it was going to come,” Robinson told Lettermen Row. “But not that fast. I thought like, maybe next year.”

“It was the first time I’ve talked to [Washington], he was at the school” he said. “He said he loves my film and they see a guy that can rush the quarterback.”

With his 6-foot-4, 210-pound frame, Robinson looks like a player that will grow into a defensive end at the next level.

“My coach says it depends on how my body fills out,” he said. “I believe I’m still growing, so most likely I’ll be a defensive end.”

Robinson now has eight offers in total. He’s the eighth-ranked player in Maryland right now, but that’s likely to change in the near future. He plans to visit Columbus this summer.