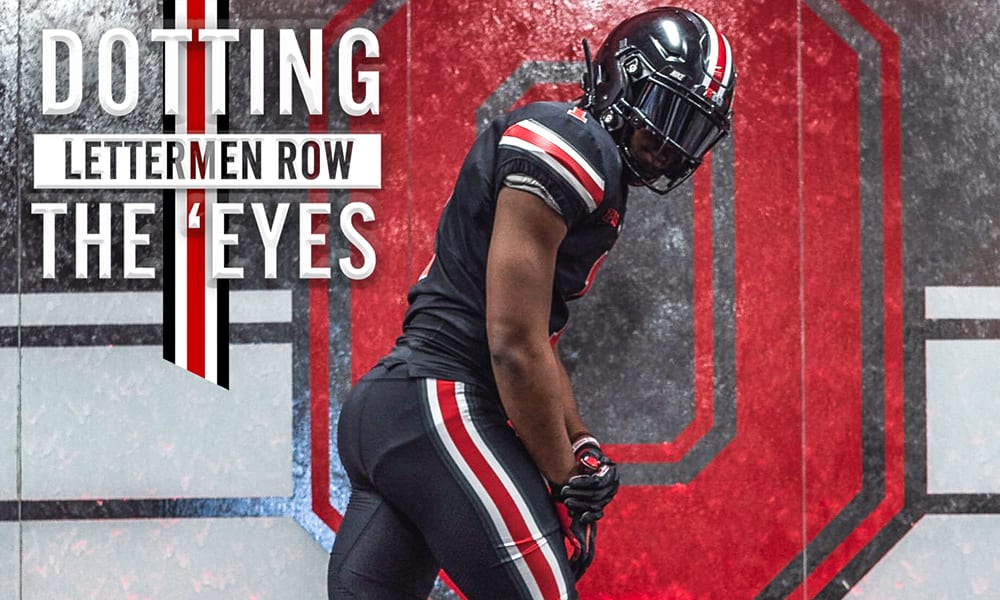 Stay in touch or be left out because Ohio State recruiting is a 24-hour, seven-day-per-week obsession. What’s the latest news as the Buckeyes build for the future? Get that and more Sunday through Thursday on Lettermen Row. Tonight’s update checks in with Florida standout Jecoryan Davis and looks at a couple of big names that have been added to the spring game visitor’s list for the Buckeyes.

Apopka (Fla.) 3-star athlete Jecoryan Davis-Hamilton has been trying to get himself to Ohio State for months. We first introduced him to Lettermen Row readers last September shortly after he received an offer from the Buckeyes.

“I have been talking to Mark Pantoni,” the 6-foot-1, 185-pound prospect said then. “We were looking for plane tickets to come up for a game, but we couldn’t find any so we will wait until junior day in January probably.”

A January visit didn’t happen either, but the country’s 61st-ranked athlete arrived last weekend in Columbus for the first time. Apparently it was worth the wait.

“It was very good,” Davis-Hamilton told Lettermen Row. “I liked how the coaches kept it real. I was able to see the whole campus, not just the athletic facilities. That was the important part.”

Ohio State coach Ryan Day has been in touch with Davis-Hamilton for the last few months, and Tony Alford has been the primary recruiter for the talented recruit. He was happy to get some face-to-face time with Day over the course of his three-day visit.

From here, if Davis-Hamilton wants to find his way into an Ohio State uniform, there’s a discussion about his eventual position. To figure that out, the coaching staff would like to see him at camp this summer.

“They want me to come back during the summer and workout,” he said. “They [want to] see what position I can play.”

Ohio State will host a top 2020 running back target

According to Luke Stampini of 247Sports, Ohio State will welcome Pinellas Park (Largo, Fla.) 4-star tailback Lawrance Toafili for a visit during the spring-game weekend.

Toafili isn’t a name we’ve talked about much here on Lettermen Row, but he was a name we suggested paying closer attention to in a late March edition of the Recruiting Question of the Day.

There are under-discussed prospects like Jaylan Knighton and Lawrance Toafili that have very good relationships with Tony Alford but that haven’t yet been to town yet.

Now Toafili will get to town, and for the second straight weekend following Kendall Milton’s visit over this past weekend, a major priority at running back will be on campus with the Buckeyes. Alford has done a remarkable job recruiting the Tampa area in Florida over the last few years, and he’s been working quietly on this recruitment. Ohio State will get a chance to change up the recruitment of the 6-foot, 175-pound running back.

Toafili is the country’s 14th-ranked tailback according to the 247Sports.com composite rankings.

Could Ohio State go back to Cincinnati for another offensive lineman?

The Buckeyes may not be done yet at Elder in 2020.

Last Friday, Ryan Day’s program welcomed in James and a pair of his 2020 teammates, tight end Joe Royer and offensive lineman Luke Kandra. Kandra, the state of Ohio’s 31st-ranked prospect, has had some contact with Ohio State previously after Day and Greg Studrawa saw him at Elder over the winter. Right now, he has eight offers from around the region, including Boston College, Purdue and others.

Kandra certainly looks the part of a Big Ten-level lineman. He’s got tree trunks for legs and was very engaged watching the on-field work during his Friday visit with the Buckeyes.

“It was cool watching them practice,” he told Lettermen Row. “Then I talked with Greg Studrawa for a little bit.”

The Buckeyes have four committed players on the offensive line and will look for another two before signing day in 2020. Expect Kandra, if he chooses to come camp at Ohio State this summer, to get an extended look from Ohio State.

The Buckeyes were set to host Willowridge (Missouri City, Texas) 4-star 2021 receiver Latrell Neville for a weekend visit against the backdrop of the Ohio State spring game. But plans have changed, and the 6-foot-3, 195-pound Neville will no longer make the trip. He’ll be visiting Texas instead.

University of Texas this weekend.. #HookEm🤘🏽🧡

“I’m going to go camp at Ohio State in June, the overnight camp,” Neville told Lettermen Row. “Then I’m going to return the second week of August, and I’m coming back for the second home game, too.”

The Buckeyes have been a major player in the recruitment of Neville for a while thanks to his relationship with Brian Hartline. The second-year Ohio State assistant coach suggested changing the visit around in order to maximize time with the sophomore star.

“Coach Hartline wants me to come where it can just be me and him bonding,” Neville said. “He feels with so many recruits being at the spring game that he won’t have any time to focus on me. That’s a key visit for me, so that’s definitely something I considered important.”