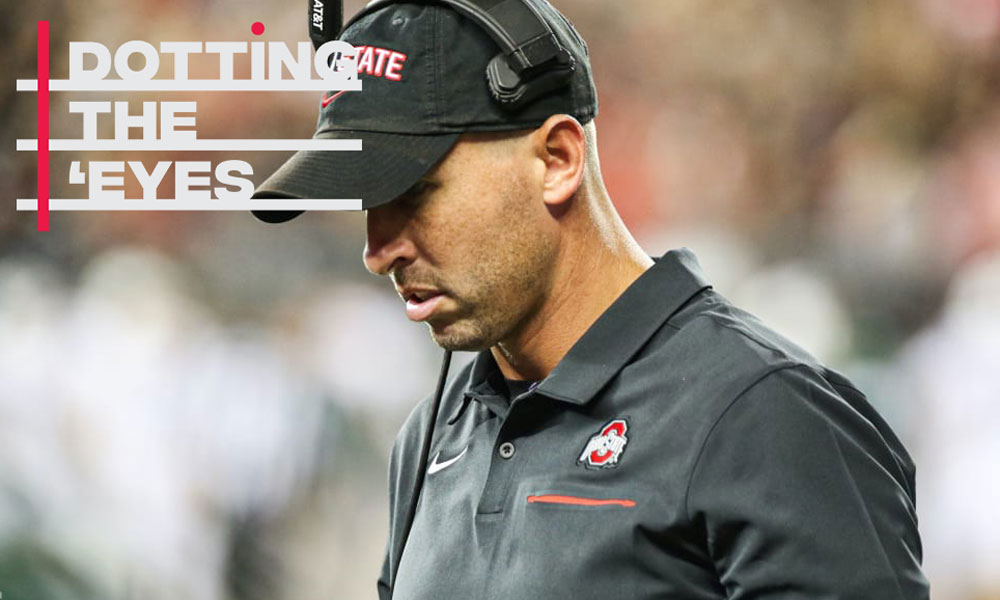 Stay in touch or be left out because Ohio State recruiting is a 24-hour, seven-day-per-week obsession. What’s the latest news as the Buckeyes build for the future? Get that and more Sunday through Thursday on Lettermen Row. Today we catch up on a pair of new Buckeyes offers, including a 2021 lineman who had planned to visit this month.

Earlier this week, North Carolina 3-star offensive lineman Jared Wilson released a top-eight schools list that did not include Ohio State. The reason the Buckeyes weren’t on his list was simple: They hadn’t offered him a scholarship yet.

That changed on Tuesday evening when Kevin Wilson extended an offer to the 6-foot-4, 325-pound interior lineman.

“I did not include them because they hadn’t offered me at the time,” Wilson said. “But now they are at the top of the list, because they have been consistently recruiting me and my mother. I talked to [Buckeyes offensive line coach] Greg Studrawa and Kevin Wilson every day.”

The offer for Wilson may have come this weekend if he was able to visit Ohio State like he had been planning.

“They did plan on offering in person, but this virus happened,” Wilson said. “I’ve been waiting on this one for a long time.”

So where does it go from here? Wilson is hoping to just keep building on things with the Buckeyes.

“We’re just staying in contact right now until I can get up there,” he said. “That’s pretty much it right now.”

Ohio State went down to Texas and signed 5-star receiver Garrett Wilson in the Class of 2019. And now, three years later the Buckeyes are hoping to strike once more in Austin in the heart of Longhorns country. Tuesday, Brian Hartline offered 2022 standout Caleb Burton, the country’s No. 6-ranked sophomore wideout.

#AGTG! Wow 😳! I am TRULY Blessed and Honored to say I have Earned an offer from THE Ohio State University!! #Zone6 #GoBucks🌰🅾️ @GarrettWilson_V @CoachCBurton @Coach_Hughes2 pic.twitter.com/QD9lq0FhEF

“It’s huge,” Burton told Lettermen Row. “Not many people from Austin get this opportunity. Ohio State is the place to go, especially for a wide receiver.

“It means a lot because Ohio State is huge — huge — to me because it’s been one of my dream schools. They do a damn good job of sending wide receivers to the league, and then they are successful once they get there. It’s just a perfect fit with the offense they run, it’s perfect for a wide receiver.”

Burton is from the Austin area, though he was born in Houston. He wasted no time reaching out to Wilson for some insight into the Buckeyes.

“We’ve been knowing each other and keeping in touch since my fresh year,” Burton said. “I actually just texted him and he congratulated me, and we’re gonna try to work out together here soon while he’s in Austin. I know we’ll continue to stay in touch.”

No pressure from Buckeyes for Jager Burton

There’s been a lot of speculation outside of Columbus about the Buckeyes recent recruiting push and the notion that there’s been an inordinate amount of pressure being applied by the Ohio State staff on recruits, trying to force commitments from top targets.

One player who indicated that’s not the case is Jager Burton, who has been a top target for the Buckeyes for most of the last year and is one of the top overall remaining offensive prospects for Ohio State.

“They know my commitment date,” Burton told Lettermen Row. “They are perfectly fine waiting for my decision.”

Greg Studrawa, Ryan Day and Matt Barnes have all been involved in the recruitment of Burton, who is tentatively scheduled to make his announcement in August.