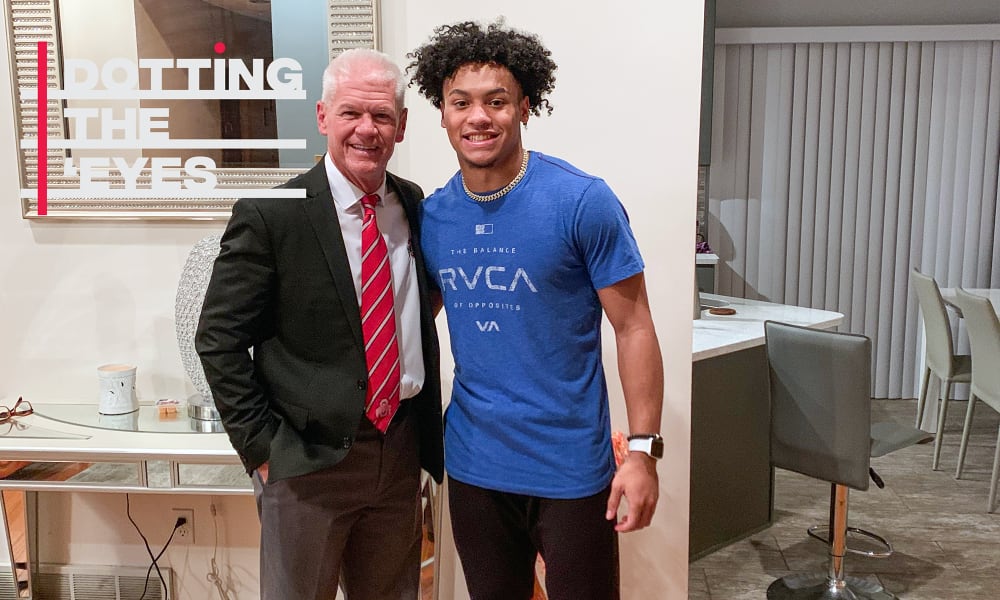 Kerry Coombs and Cameron Martinez will be linked through their Ohio State careers. (Cam Martinez/Courtesy)

Stay in touch or be left out because Ohio State recruiting is a 24-hour, seven-day-per-week obsession. What’s the latest news as the Buckeyes build for the future? Get that and more Sunday through Thursday on Lettermen Row. Today, we’re examining the Buckeyes efforts to handle their top recruiting priorities in January.

The new year brought some big opportunities for Ryan Day and his Ohio State program on the recruiting trail.

But to maximize those opportunities, the Buckeyes had some key things to take care of in January. Lettermen Row highlighted a few of those items in our first monthly “to-do list” just days after Ohio State’s season-ending loss to Clemson in late December.

How did the Buckeyes do in January? Let’s go back and check in on the three biggest items that Ohio State needed to take care of.

Ryan Day had to lock up Jeff Hafley’s replacement. The loss of Hafley to Boston College left a large hole in the Ohio State staff on and off the recruiting trail — and required a splash hire.

Day and Ohio State did that. The search for a dynamic recruiter and NFL-caliber coach never veered away from Kerry Coombs. Lettermen Row mentioned his name as soon as possible upon hearing of Hafley’s departure, and it was clear from sources close to the program that Coombs would be the choice until he took the job or took his name out of the running.

Coombs officially took over for Hafley just two days after the Tennessee Titans were eliminated from the NFL playoffs on Jan. 19, and his first recruiting call after returning to the Buckeyes was an important one.

That first call Coombs made? It was to Muskegon (Mich.) 4-star athlete Cameron Martinez, the lone Buckeyes 2020 commitment who decided against signing his Letter of Intent in December and instead opted to carry his recruitment to the Feb. 5 signing day.

A day after that first call from Coombs to Martinez, the pair met for the first time. That day-long visit to Michigan by the new Buckeyes defensive coordinator did exactly as Ohio State hoped it would. It quickly brought an end to the concerns that the two-time Michigan Player of the Year would take his football talents anywhere else.

Earlier this week, Martinez officially ended his process, telling Northwestern, Notre Dame, Oregon and everyone else trying to flip him that he would indeed be signing with Ohio State on Feb. 5.

“[Coombs] is a big-time coach, and I feel like we can do great things together,” he said. “I’m ready to get started with him and can’t wait for him to develop me into the player I know I can be.”

Ryan Day has been a huge fan of Martinez for the last year, and making sure the two-way Michigan star played his college football in Scarlet and Gray helped mitigate what had become a major need on the Buckeyes roster. 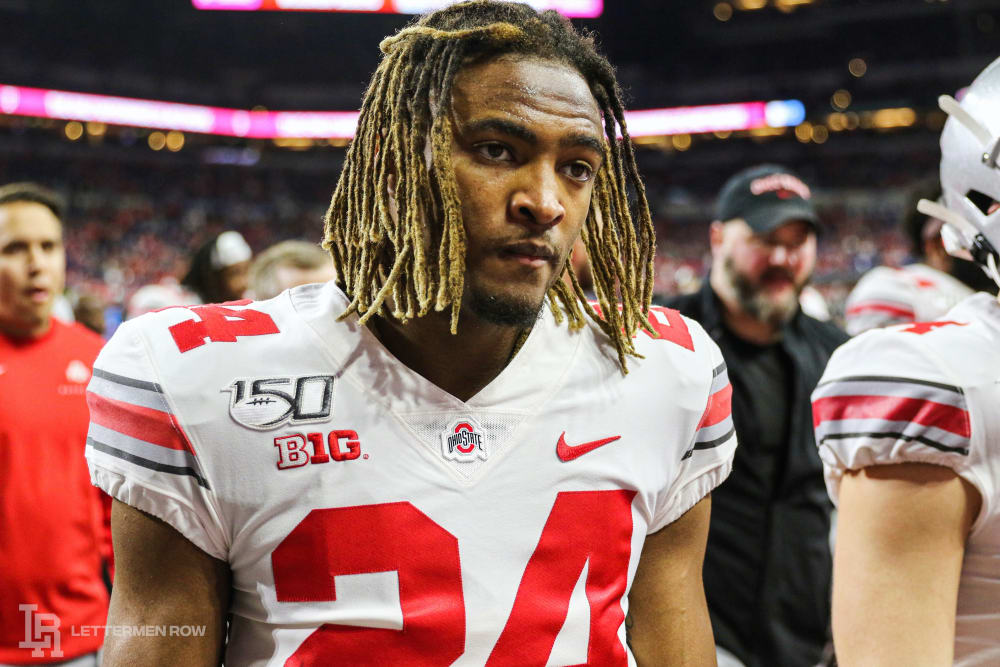 The item: Ohio State has to find another defensive back — or two

With uncertainty around Cameron Martinez’s future and the expectation that Jeffrey Okudah and Shaun Wade would both be heading off to the NFL with a year of eligibility remaining, the need for the Buckeyes to shore up the defensive backfield was pressing.

The first addition was a somewhat surprising one: Shaun Wade announced he was returning to the Buckeyes for another season. In doing so, Wade became the immediate leader in an inexperienced defensive backfield and an early choice for Preseason All-American honors next fall. Though he was not a high school prospect, there’s no doubt Wade’s return was a major recruiting win for Ryan Day and Ohio State.

The second addition was the securing of Cam Martinez, who though he can play offense in college is likely to start his career in Columbus in the secondary.

So, when it came to Ohio State’s recruiting needs in January? Ryan Day and the Buckeyes went 3-for-3.