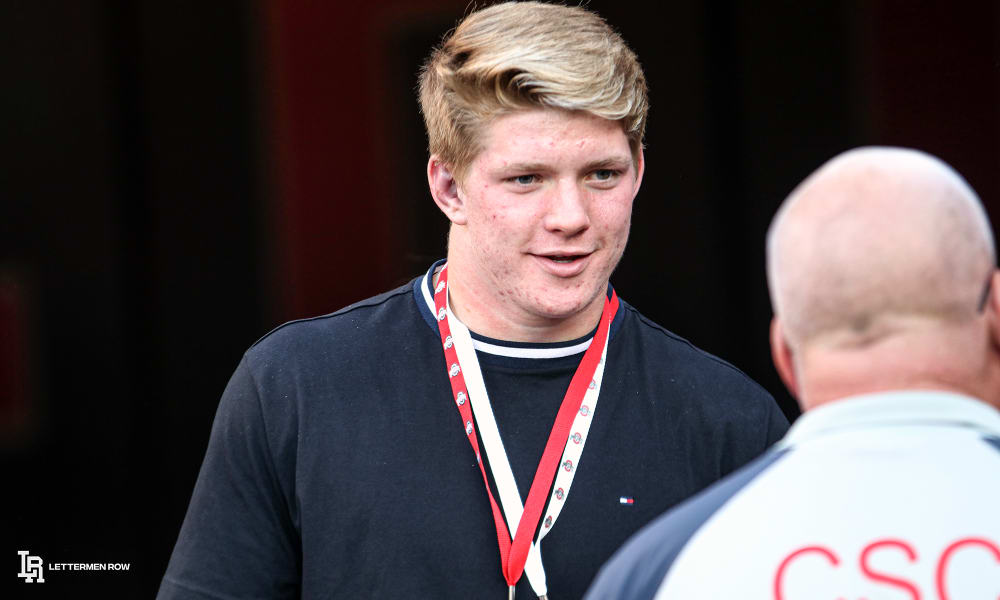 Jack Sawyer being committed early means he and Ohio State can focus on finding his running mates. (Birm/Lettermen Row)

Have a question about Ohio State recruiting? This is the place for you, five days a week. Submit your questions on Twitter or on the Lettermen Row forums. Check-in daily to see what’s on the mind of Buckeyes fans all over the country. Today’s question asks what the odds are that the Buckeyes can complement Jack Sawyer with another pair of 5-star prospects along the defensive line in the Class of 2021.

Is there a real chance we sign three 5* DLineman for the 2021 class, namely Adeleye, and Tuimoloau to go along with Sawyer?

As of now, there are nine junior high school football players who are ranked as a 5-star prospect according to the 247Sports.com composite rankings. Ohio State commitment Jack Sawyer is the second-ranked played in the nation, trailing California defensive end Korey Foreman and one spot ahead of North Carolina defensive tackle Peyton Page.

That’s a pretty good start for the Buckeyes in the Class of 2021. And the best part of Sawyer’s early commitment is that he’s been as focused as his future coaches are when it comes to helping Ohio State put together a special group in 2021.

“Coach [Ryan] Day came to me and said that I’m the priority for them and that they need players like me from the state of Ohio,” Sawyer told Lettermen Row after his commitment. “I can do huge things with being able to get guys to come, and it’s really on me to build a huge class.”

Sawyer has been trying, for sure. In most cases, he would be the final piece of the puzzle rather than the first if another big-time defensive lineman is interested in playing at Ohio State. To land one-third of the country’s five-star defensive linemen would be a major coup for the Buckeyes and defensive line coach Larry Johnson, but Clemson is going to do that in the Class of 2020 and there’s no reason to think Day and his staff couldn’t accomplish something along those lines next year. 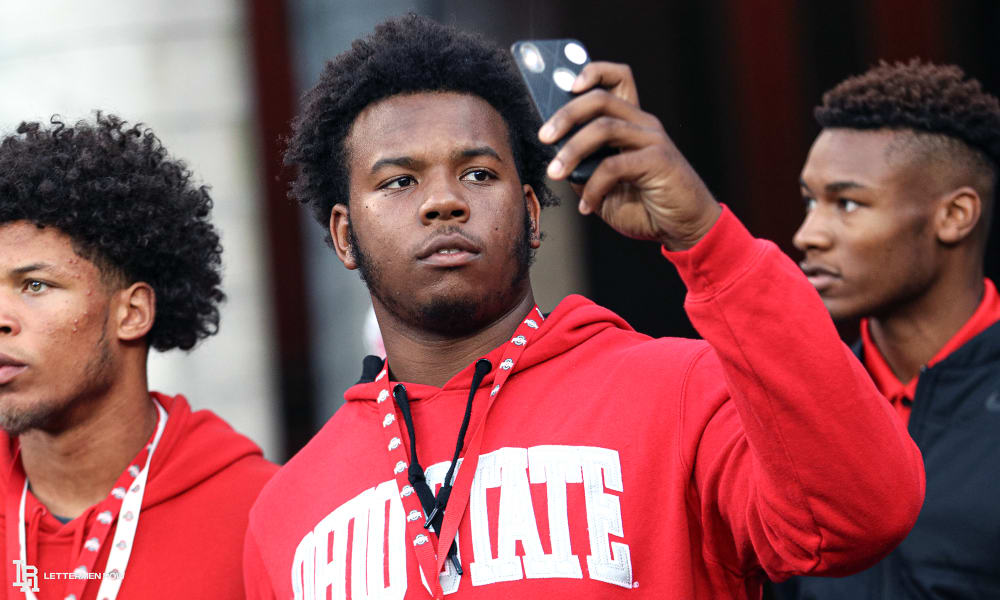 When it comes to Katy (Texas) Tompkins defensive lineman Tunmise Adeleye, the odds are certainly better. Adeleye has been to Ohio State once already and is firmly locked in to visit the school again in late November for the Penn State game. Ohio State and Alabama are the leaders in this recruitment right now, but it’s very early. Certainly LSU, where Adeleye is visiting this coming weekend, will be a team to watch as well. Still, I think there’s a real chance for the Buckeyes in this recruitment.

Looking for a third top-10 defensive lineman in 2021 to join the party, I think the best odds are that Tywone Malone or Damon Payne, both high 4-star prospects, could enter 5-star territory by the time their recruiting process is complete.

Malone is a 6-foot-4, 300-pound defensive tackle from New Jersey. He’s a major target for the Buckeyes and has been for a while now. Ohio State would love to get him on campus and really begin growing the relationship there. Payne, whose recruitment we detailed two weeks ago, has been in Columbus multiple times and is very high on the Buckeyes.

There’s a lot of time before most of these kids will make a decision, and the Ohio State coaches are still trying to wrap up the 2020 defensive line class. But Larry Johnson has a good start on 2021 for Ohio State.