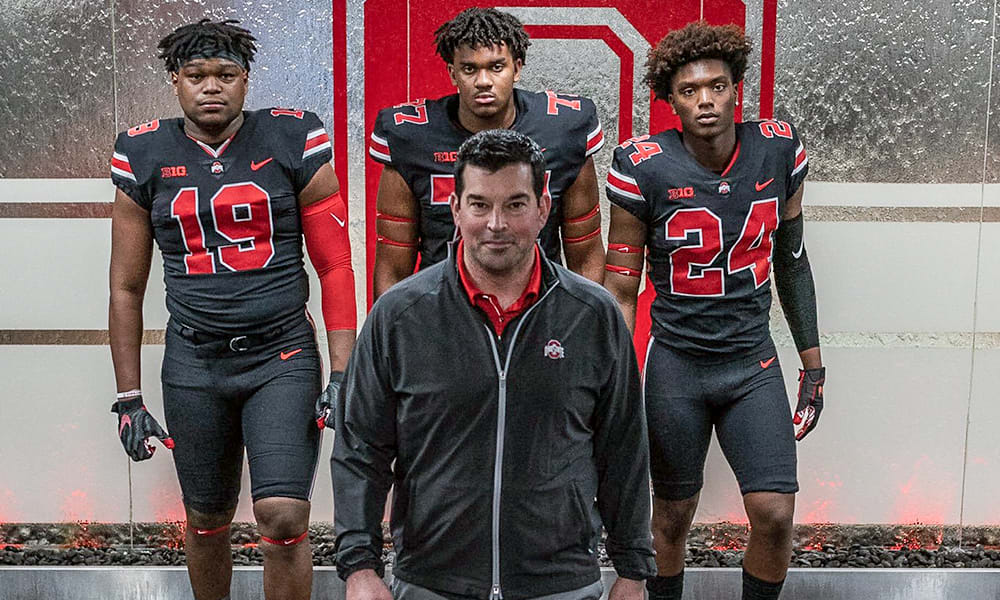 Ryan Day would like to have Darrion Henry, Paris Johnson and Jaheim Thomas at Ohio State. (Jaheim Thomas/Twitter)

Have a question about Ohio State recruiting? This is the place for you, five days a week. Submit your questions on Twitter or on the Lettermen Row forums. Check in daily to see what’s on the mind of Buckeyes fans all over the country. Today’s question asks exactly how focused are the Buckeyes on recruiting inside of their home state’s borders in 2020?

Who and how many Ohioans do we sign this cycle?

Ohio State has seven 2020 commitments at the moment, and three of those players are from inside of the Buckeye State’s borders. In a class that could number 25 players or more during the first full recruiting class for Ryan Day, I think it’s quite reasonable to suggest that for the first time since 2015 it’s likely there will be double-digit prospects from Ohio signing with the Buckeyes.

Right now, Paris Johnson, Jakob James and Trey Leroux, three offensive linemen, are leading the way. But the Ohio State coaching staff has made a handful of early offers inside of Ohio and have backed up the offseason talk about wanting to recruit harder inside the home-state borders.

Johnson is the state’s top-ranked prospect, while James is ranked as the 30th-best and Leroux the 45th-ranked player at this point. The Buckeyes have offered Darrion Henry (No. 2), Michael Drennen (No. 3), Jaheim Thomas(No. 4), Caden Clark (No. 5, Committed to Alabama), Deamonte Trayanun (No. 7) and Jutahn McClain (No. 8) already — and I think they’re in a pretty good position to land each of them other than Clark right now. 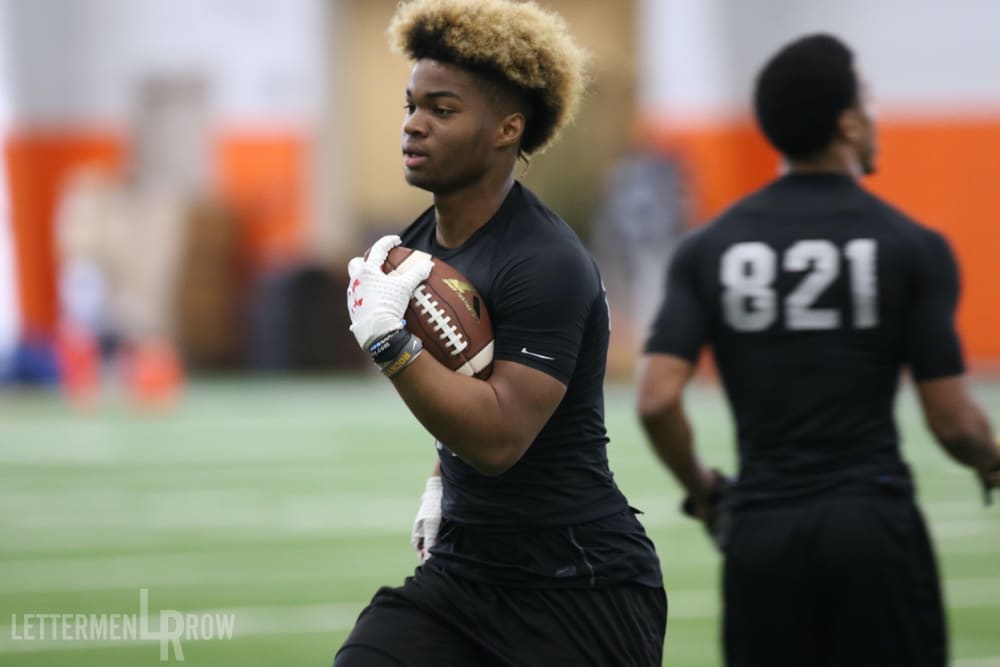 Michael Drennen’s versatility makes him a good fit for the Buckeyes in 2020. (Birm/Lettermen Row)

Beyond that group, there are a lot of really talented young players inside of Ohio who don’t yet have an offer but could find themselves receiving one in the next few months, especially if they decide to come to Columbus and camp for the Ohio State coaches.

On the offensive side of the ball, that group includes dynamic running back Miyan Williams, intriguing tight end prospects like Luke Lachey, Joe Royer, Sam Daugstrup and Clay Caudill. It also includes Cleveland Glenville running back Torrance Davis, who is turning a lot of heads around the state and has risen up to No. 10 in the state’s rankings on the 247Sports.com composite rankings.

Flip over to defense, there are really good young defensive line prospects like Groveport-Madison’s Terah Edwards, Pickerington Central’s Ty Hamilton, Lima Central’s Brandon Taylor and Cleveland Heights’ Justin Wodtly all emerging. Good linebacker prospects like Akron East’s Bangally Kamara and Akron Archbishop Hoban’s Devin Hightower and defensive backs like Sammy Anderson from Trotwood-Madison, Rickey Hyatt at Westerville Central and Manchester’s Ethan Wright have all been in contact with Ohio State or could be on the shortlist for in-person evaluation this summer.

The bottom line? There are a lot of good football players inside of Ohio. I’ve barely scratched the surface on trying to list them. In fact, let’s play a little game, OK? I’m going to take the current Ohio State recruiting class and add 18 players to it — all from Ohio —  to get a 28-man class and see what a group of 24 Ohioans and four out of state players would be ranked against the national backdrop. Here are the players I’m going to use:

That group would provide the Buckeyes 2020 class with 266.36 points according to the 247Sports.com class calculator. That point total would have been good for the No. 14 class in the country in the 2019 cycle — which was where Ohio State finished in that class with 17 signees. And it would rank third in the Big Ten, which is also where Ohio State finished with a small class in 2019.

How deep is the state of Ohio in top-tier talent that schools around the country would love to have? That hypothetical class comprised of 24 Ohioans would be no worse than third in the Big Ten rankings in any year dating back to 2008. It’s actually probably well beyond that, but I just didn’t look back that far.

To win on a national stage, Ohio State must continue to recruit the entire country. But there are plenty of good reasons to keep the pedal to the metal inside of Ohio. Realistically, in 2020, I think 11 or 12 or different players will come from Ohio.

But there could easily be more if it came down to it — and it would still be a pretty good recruiting class when stacked up against the rest of the country.