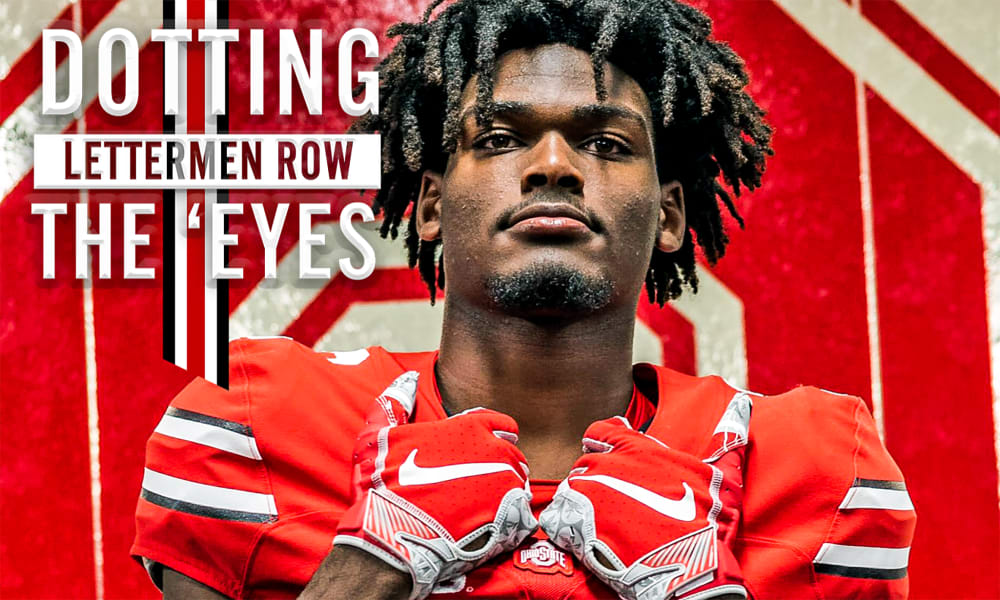 Stay in touch or be left out because Ohio State recruiting is a 24-hour, seven-day-per-week obsession. What’s the latest news as the Buckeyes build for the future? Get that and more Sunday through Thursday on Lettermen Row. Today’s update checks in on a host a trio of recent visitors to Ohio State.

The Buckeyes hosted one of their top defensive targets in the Class of 2020 for a three-day visit over the weekend, and it seems couldn’t have gone much better between the program and Henry Gray.

Lettermen Row updated some of what was being said about the visit on Tuesday afternoon and how well it went from the Ohio State perspective. And if Gray is taken at his word, it seems the two sides are aligned at present.

“Ever since I got the offer from Ohio State, I’ve been wanting to visit,” Gray told Lettermen Row. “It was everything that I thought and more. The facilities are great, the players are great and the environment is second to none. All the people are focused on a mission and take football as a priority.

“I definitely felt at home, and I thought that I would feel weird being so far away from home. But the coaches and players made me feel really welcome. It was a great experience for me and my best visit so far.”

Gray’s interest in the Ohio State program began when Urban Meyer was in charge of the team and when the legendary Kerry Coombs was handling the cornerbacks. The country’s sixth-ranked cornerback believes things are in excellent hands with Ryan Day and Jeff Hafley.

“I love them,” he said. “They are very particular about who they recruit, and I’m really blessed to be one of those guys. Both coaches came from the NFL and have coached some of the best I’ve ever seen, so there’s no telling how much they can teach me.”

Gray intends to take all of his official visits before making a commitment at the Under-Armour All-American game and, the Buckeyes will get his final official visit. He left Columbus without any remaining doubts about Ohio State and his fit within the program.

“They answered every question I had,” he said. “They told me to take my time with the process. The Buckeyes are in a very good position right now. There’s really nothing more they need to do.”

On Monday and Tuesday, linebacker Mitchell Melton made his second visit to Columbus, spending two days with the Buckeyes before heading to Notre Dame on Wednesday morning. The Olney (Md.) Good Counsel High School 3-star linebacker is a player the Ohio State coaching staff is very high on — and this trip went very well.

“My visit was great,” Melton told Lettermen Row. “It was awesome to connect with the coaches.”

Melton’s last visit to Ohio State was in November when it hosted Michigan, picking up a scholarship offer from the Buckeyes a week later — and just one day before Urban Meyer’s retirement. He told Lettermen Row that he didn’t notice any real difference in the way the the Ohio State program is being handled.

“The last time we visited we met Ryan Day, and not much has changed” he joked. “It’s still very intense at Ohio State.”

Melton’s mother and father are both from Ohio, so there is a definite tie there with the Buckeyes. But that doesn’t mean Day and his staff can mail it in. They pulled out of all the stops to make sure Melton know he’s a priority at linebacker.

“The visit was more personalized for me and my family this time,” he said. “More about what it would look like if I was at the school.”

As we reported on Saturday night on Twitter, the Buckeyes will receive an official visit from Lake Forest (Ill.) lineman Rylie Mills in April.

“I’m taking an official visit to Ohio State on April 26-27,” Mills told Lettermen Row. “I’m still working on my others.”

One of the others will be Notre Dame, where Mills will head in early April. The Irish are considered the favorite to land the 6-foot-5, 275-pound, 4-star defensive end prospect. Mills is the eighth-ranked defensive end in the 247Sports.com composite rankings and told Lettermen Row in February that he has “a really good relationship” with Greg Mattison and Larry Johnson.

Mills hopes to make a college decision in mid-June.

Ohio State has been working hard on a number of big-time prospects from the state of Michigan, but one who hasn’t been discussed much since last summer is Carlson High School (Rockwood) receiver Ian Stewart, a 6-foot-3, 200-pound player ranked as Michigan’s 18th-best overall player in 2020.

Part of the reason he’s been less discussed? It seems people have been focusing on the wrong position. Stewart visited Ohio State last Saturday and spent the day with Greg Mattison. The Buckeyes see him more as a safety down the road. That may not have been the football future he was planning, but he’s not objecting to the idea.

“I’m not opposed to it,” Stewart said. “It’s something to think very hard about, especially at a school like Ohio State. Jeff Hafley texted me pretty much as soon as he got there, and we’ve been in contact over text since then.”

Like many other recruits who began being the process being pursued by Urban Meyer, Stewart was curious to see if there’d be any sort of discernible change in the atmosphere at Ohio State. After being back on campus, he’s not seeing any.

“I don’t see much of a change,” he said. “I’ve never seen an Urban Meyer practice, but Saturday’s energy was great. From what I’ve heard, Coach Meyer has been around, so he’s still involved. The expectation, no matter who the coach is at Ohio State, is simple: Win.

“I’m sure coach Day will do nothing short of that.”

Stewart said Mattison, who recruited him at Michigan, wants to get some more time with him in the near future.

“Coach Mattison told my coach he wants me to come with him again sometime this year to get a little more one-on-one time,” Stewart added. “Mattison was coach’s position coach when he  played at Western Michigan, so the ties there are good.”

Ohio State recruiting: What is the deal with Buckeyes, Jaheim Thomas?
Ohio State: Buckeyes aren’t short of 2020 running back options