Harry Miller has had a busy spring between trips to Nicaragua and Columbus. (Birm/Lettermen Row)

Ohio State football recruiting can be a wild ride full of twists and turns as recruits from all over the country maneuver their way to signing day. Lettermen Row is here to help you navigate the tumultuous roads by getting to the heart of the matter with the young football players themselves. Birminology shows who the young men being recruited by Ohio State truly are — by talking to them. Today’s guest: 5-star offensive lineman Harry Miller, a 2019 Buckeyes signee.

Harry Miller is different, and he’s perfectly fine with that.

The Ohio State 2019 signee, ranked the country’s second-best center prospect, looks like a typical football player — but he’s far from being one. His 6-foot-5, 300-pound frame often leads to overlooking the things that make him unique. He’s going to end up being the valedictorian at Buford High School in Georgia while taking four different AP-level classes. He’s a talented musician and artist and he’s spent the last five summers of his teenage years traveling to Nicaragua, choosing to spend his time helping others instead of playing video games or hanging out with his friends. 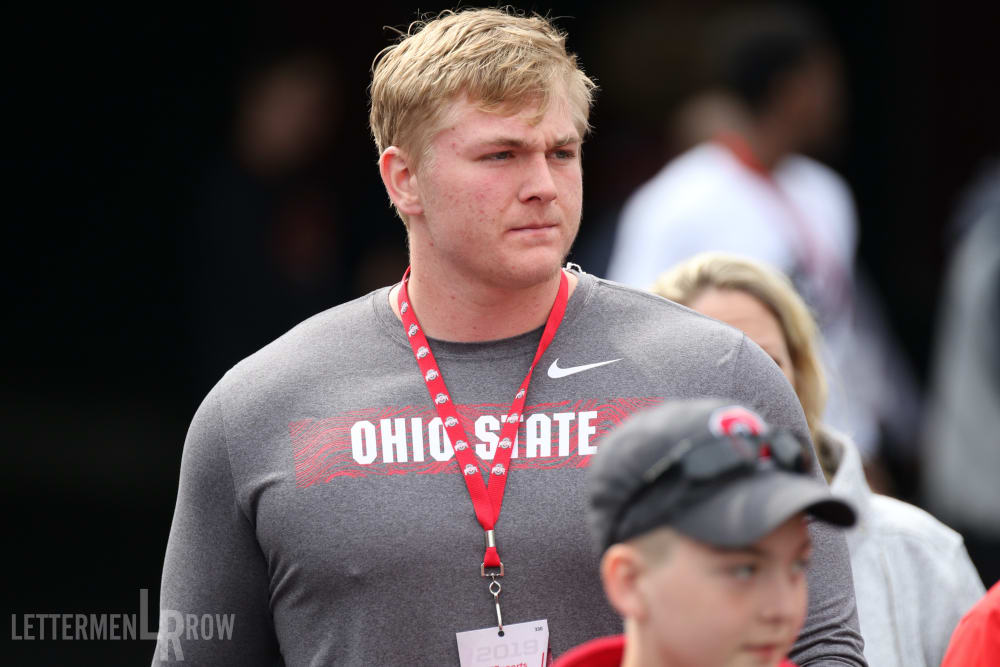 Ohio State signee Harry Miller was back on campus for the spring game with the Buckeyes. (Birm/Lettermen Row)

He’s also an All-American football player who is being counted on by the Ohio State coaching staff to contribute to the program as soon as he arrives in Columbus in June. It’s who Miller is off the field that has his future coaches convinced he’ll be a meaningful contributor on it.

“What kid has been going on missions for five years instead of going on spring break? He’s so mature, and he’s very, very intelligent,” Buckeyes offensive line coach Greg Studrawa this spring. “He came from a really good high school program and he’s a driven kid. His parents have driven him, but he’s always had a plan of what he wants to do. Other kids are hanging out at prom and doing all the other stuff but he’s focused on his goals and getting better. That means so much to him.”

Why did Miller choose Ohio State not once, but twice? What makes him tick?  Find out the answer to those questions and more in the latest episode of Birminology on Lettermen Row.