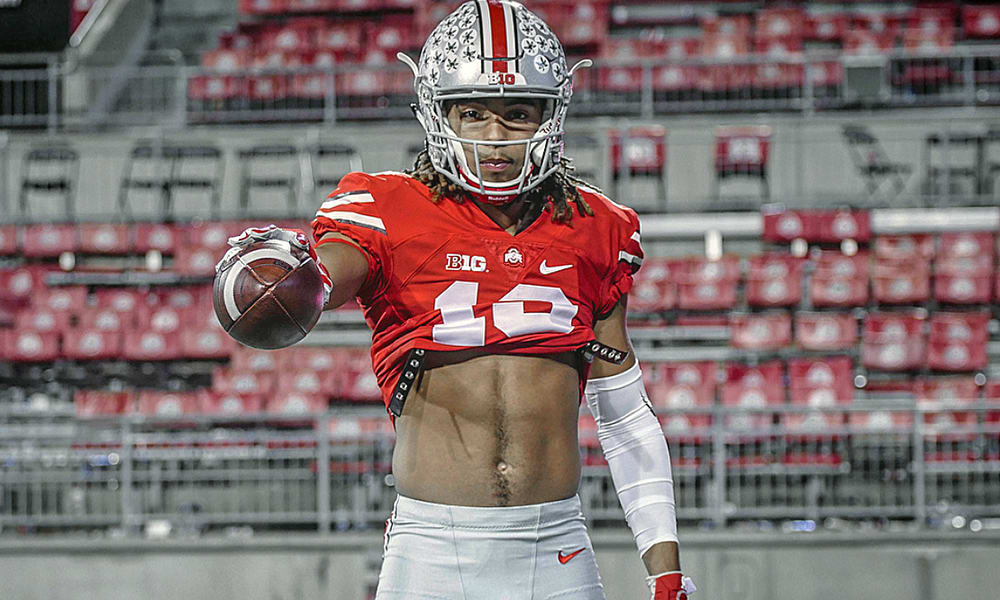 Gee Scott is just one of the big-time players from the Seattle area that Ohio State would love in its 2020 class. (Gee Scott/Courtesy)

Have a question about Ohio State recruiting? This is the place for you, five days a week. Submit your questions on Twitter or on the Lettermen Row forums. Check in daily to see what’s on the mind of Buckeyes fans all over the country. Today we’re talking about the Pacific Northwest and the increased focus that area has received from Ohio State.

Living out here in Washington state there's a couple kids that are coming up on the national radar. Is Ohio state recruiting them? Is it realistic for that they could land a couple more from the Seattle area?

The Buckeyes absolutely have turned up the heat in the Seattle area thanks to an influx of talent there — and a majority of it is in the 2020 class. Ohio State has a commitment from one player out there, 4-star receiver Gee Scott, the second-ranked player in Washington. And the Buckeyes are no doubt hoping that Scott’s early decision can help bust open the doors to the Pacific Northwest.

As usual, the first step is establishing a relationship with these young players. For the most part, Ohio State has done a good job with that, and Scott has been a major asset in that regard, especially of late with the state’s top player Sav’ell Smalls, a 5-star linebacker from Seattle’s Garfield High School. He’s grown tight with Scott in recent months, but he’s still not been to campus in Columbus, though he’s certainly not averse to traveling and checking out schools. Smalls has been to Alabama, Florida and Florida State, but he’s just really begun getting to know the Buckeyes a bit better.

Ferndale’s Geirean Hatchett is a top priority for the Buckeyes, and the 4-star offensive guard has been across the country a pair of times with his family to see Ohio State. He’s likely to decide before his senior season begins, and the Buckeyes are in line to receive an official visit. Hatchett is very close with Paris Johnson, who has helped Ohio State’s recruiting efforts since last summer. There’s a major battle brewing with Washington, Oklahoma, Michigan and others, but there’s no doubt that the Buckeyes are seriously in the mix thanks to Ryan Day’s recruiting efforts.

There are two other major prospects playing with Scott at Eastside Catholic High School in Sammamish. Running back Sam Adams II visited Columbus with Scott in October, and the country’s 17th-ranked tailback remains a viable option for the Buckeyes — though he’s not at the very top of the list of potential running backs right now. The country’s fifth-ranked tight end, DJ Rogers, also suits up for the Crusaders, meaning that three of Washington’s top five prospects all play on the same offense and all are being recruited by Ohio State.

The Buckeyes have not spent much time recruiting that part of the country. Only Kevin Griffin, Archie’s nephew, in the has signed with Ohio State from The Evergreen State — and that was back in 1994. Because of the Class of 2020, and superstar players like Eastside Catholic’s J.T. Tuimoloau and Steilacoom’s Emeka Egbuka in the Class of 2021, it’s time to increase the attention paid to the state of Washington. It’s paid dividends already in 2020.