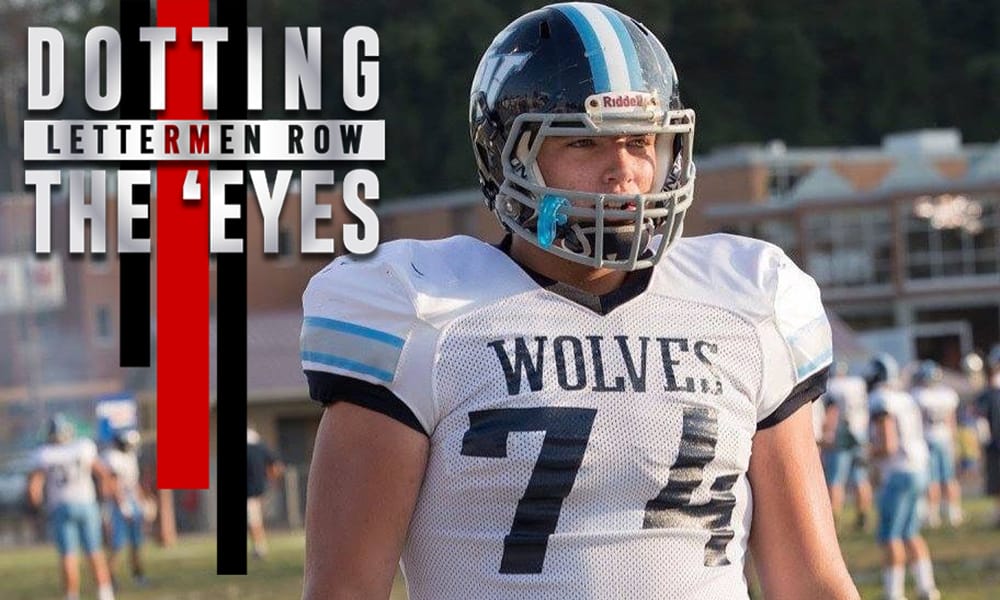 Stay in touch or be left out because Ohio State recruiting is a 24-hour, seven-day-per-week obsession. What’s the latest news as the Buckeyes build for the future? Get that and more Sunday through Thursday on Lettermen Row. Today’s update checks in on where things stand with Ohio State’s only remaining targets in the Class of 2019.

Breaking down the Doug Nester recruitment

Ohio State never wanted anything but for Doug Nester, its first 2019 commitment, to sign in December and enroll early with the Buckeyes as was his plan for almost all of 2018.

Then everything that happened from August to December happened and things got weird. After deciding to not sign in December, Nester has been the absolute priority for the Buckeyes in the Class of 2019.

Nester made trips to Penn State and Virginia Tech during the season, visits he made “with teammates” but that weren’t really recruiting trips for him, apparently. It’s ironic then to consider that as Nester backed off his early-enrollment plans that two became the two schools he would make official visits to, revealing that there was probably a little bit of recruiting happening with him, too.

Ohio State hosted Nester and his family for an official visit the weekend of Dec. 7 and then a little over a month later on the Jan. 18 weekend, taking advantage of a recent NCAA rule change that allows committed players a second visit to a school that experiences a head coaching change. The Buckeyes wanted to show the 6-foot-6, 310-pound lineman that the program is in good hands with Ryan Day and that while they understood his reluctance amidst the changes, they’d be able to still provide him the same future Urban Meyer’s program had promised since his verbal pledge in Aug. of 2017.

But Urban Meyer’s hands are full of rings and Ryan Day’s, to this point, are not, and those rings provide very definable leverage in a recruiting conversation and now Day has to show that not only is he capable of following in Meyer’s shoes, but that he’s capable of beating James Franklin on the recruiting trail.

The Buckeyes check off every single box on Nester’s list and have for almost two years. His relationship with Penn State running backs coach Ju’Juan Seider has vaulted the Nittany Lions into the conversation and made this very interesting coming down the stretch. The people around the Ohio State program — and those close to Nester — both say the player is having a tough time making up his mind.

It’ll be made up by Wednesday. There will be no big hullaballoo either way, though. If Nester sticks with Ohio State, he’ll do so with little fanfare and the expectation is the same if he signs with Penn State or Virginia Tech.

Is Ohio State the team to beat for Enokk Vimahi?

As things got less certain with Doug Nester, the Buckeyes threw their hat into the ring for Kahuku, Hawaii’s Enokk Vimahi, offering the athletic offensive lineman in early January. At the time, the country’s seventh-ranked guard had a decision date set — Jan. 19 — and many believing he was set to pick USC while Oklahoma, where he officially visited on the weekend of Jan. 11, was trying to change his mind.

Then he canceled the commitment plans he had and set a visit for the following weekend, Jan. 25, to Ohio State and just like that, there’s a real sense that the Buckeyes could be the team in front as he nears a Feb. 6 decision.

Ryan Day flew to Hawaii this past Thursday to leave no doubt: Vimahi is a major priority for the Buckeyes at this point. As Lincoln Riley skipped a visit to Hawaii, he does not appear to a priority for Oklahoma and that leaves a reasonable assumption that this battle is a two-team race between Ohio State and USC.

A decision is supposed to be made by Monday in this recruitment and though the Buckeyes are late in the game, the effort and energy Ryan Day has put into Vimahi’s recruitment has put them in a real good position to upend the Trojans and their geographical advantage.

Penn State could nab Dawand Jones from Ohio State, too

10 days ago there was no doubt that 6-foot-8, 360-pound Dawand Jones was leaning towards Ohio State. The Buckeyes were the self-professed leader according to the Indianapolis Ben Davis offensive tackle.

Jones visited Penn State and not Florida and after a weekend in Happy Valley, the race for his signature has tightened up considerably.

“Nothing really changed,” he said when asked about his recruitment after his official visit at Penn State. “It just really opened my mind after the Penn State visit. I’ll be making my decision on the sixth.”

Asked to clarify what the Lions did that was so “eye-opening,” Jones, couldn’t pinpoint anything specific, instead he says it was about understanding that despite being kind of in the middle of nowhere, Penn State’s campus feels a lot like other college campuses.

Now it’s all about fit, he says. Every school is selling the same thing on the football field, the same message.

“We want you, we need you,” Jones said when asked what message Ohio State, Penn State and others are giving him. “It’s just about the fit, honestly. Where can I see myself in the next three to four years?”

Jones will make his college decision on Wednesday night and it’s another battle between Ryan Day and James Franklin.

Per Ben Davis OL Dawand Jones, he will announce his college decision on Wednesday at 6:30 p.m. in the main gym. Jones has top five of Indiana, Florida, Penn State, Ohio State and USC.

Rutgers transfer Jonah Jackson is in the mix, too

While the Buckeyes wait for word on the three offensive linemen listed above, they also remain very much in the hunt to land Rutgers grad-transfer Jonah Jackson.

Jackson is on campus this weekend with Ohio State and the Buckeyes want to bring in three more offensive linemen to their roster. He’s a very good player that could vie for a starting spot this coming season for Greg Studrawa as Ohio State seeks to replace four starters.

Keep a close eye on this one moving forward.