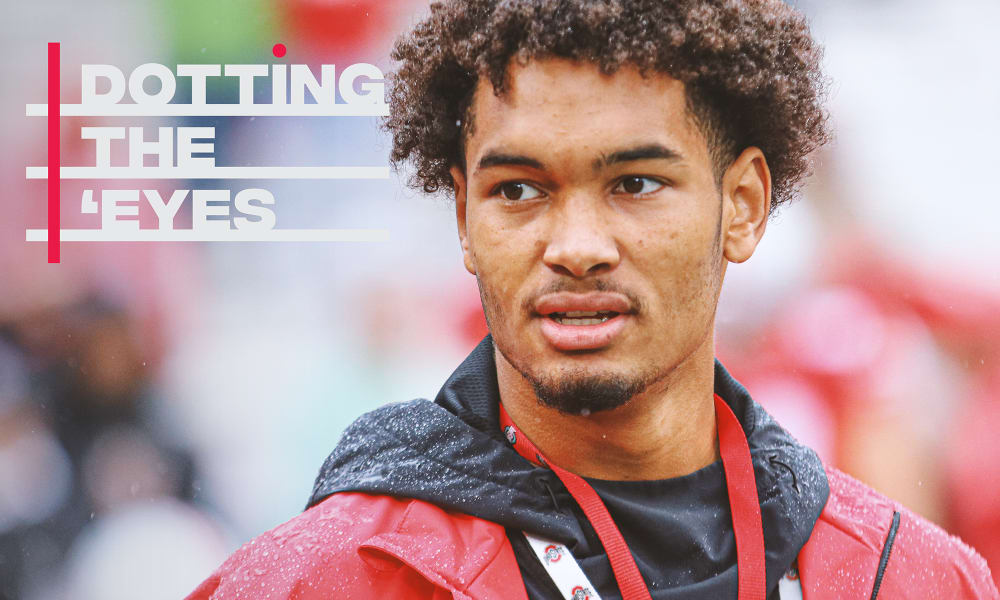 Emeka Egbuka is the top target at wide receiver for Ohio State in the Class of 2021. (Birm/Lettermen Row)

Stay in touch or be left out because Ohio State recruiting is a 24-hour, seven-day-per-week obsession. What’s the latest news as the Buckeyes build for the future? Get that and more Sunday through Thursday on Lettermen Row. Sunday’s notebook updates the buzz around the top targets who made their way to Ohio State for the Buckeyes home game against Wisconsin.

The biggest visitor at Ohio State this weekend not named Jack Miller had to be 2021 5-star athlete Emeka Egbuka, who traveled from the Seattle area to Columbus on Friday. Egbuka then spent a day-and-a-half with the Buckeyes coaching staff and team along with his mother, who accompanied him on the visit.

Egbuka was heading home on Sunday, so thoughts from him directly aren’t yet available. But I did have a chance to talk to a few sources around the Ohio State program to get their feelings on where things stand after Egbuka’s second trip to Ohio State and moving forward.

First, I’m told the Buckeyes generally feel very good about their current standing with the 6-foot-1, 190-pound player, and that has been the case for a while. There’s a belief that right now the relationship receivers coach Brian Hartline has with Egbuka is better than any relationship he has with any other coach. Ohio State knows, however, that there are hurdles in this recruitment that aren’t going to be easy to overcome — with distance from home being the largest one.

That said, Egbuka has traveled for visits and appears to be at least seriously considering the opportunities that exist for him outside of the West Coast. Ohio State and Clemson, according to the people I’ve spoken with, are battling Washington and Stanford. The belief is that the battle among those four schools is likely to continue for a while now.

The country’s top-ranked 2021 athlete released his top-10 schools recently, and it’s too early to suggest the list is narrowing. But it seems likely to come down to those four previously-mentioned programs.

Lettermen Row is hoping to catch up more with Egbuka himself after he arrives back home and will update his thoughts on the trip whenever that happens.

Will Shipley made the trip from North Carolina to Ohio State on Saturday, and the five-star running back clearly came away impressed by the experience.

“It definitely exceeded expectations,” Shipley told Lettermen Row as he was making his way home Sunday afternoon. “I didn’t know what to think coming in, but everything about it was incredible.”

That’s a good place to start for the Buckeyes and Shipley, the country’s top-ranked all-purpose back in the junior class. Most of his time was spent hanging out with Egbuka, which is understandable as the pair are considering a number of the same programs. 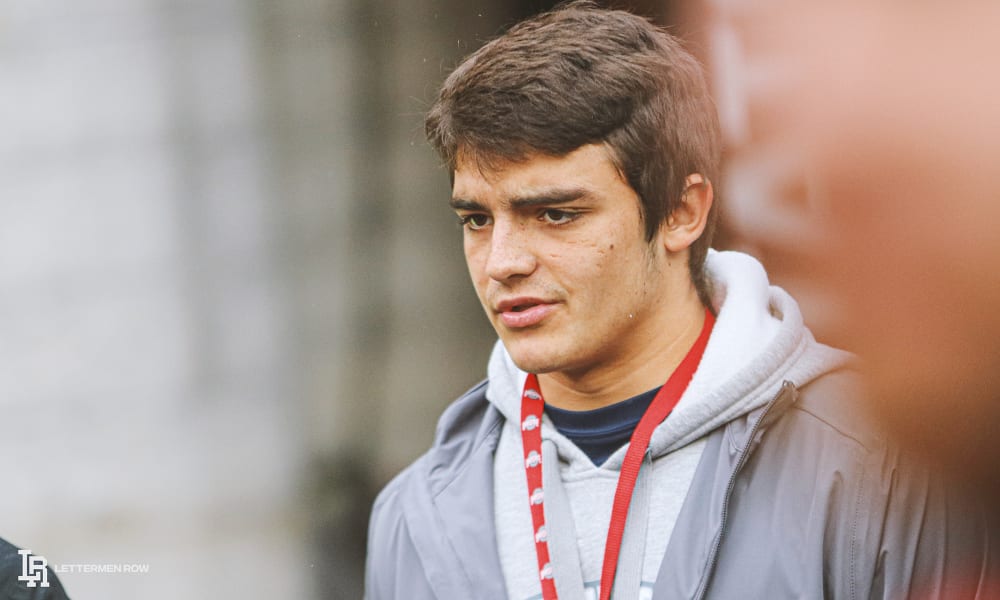 As we mentioned earlier this week on Lettermen Row, Shipley’s recruitment could come down to usage. And on Saturday he saw the Buckeyes deploy the running backs in their offense from every possible angle, something that no doubt resonated with the 5-foot-11, 200-pound tailback.

He’s been recruited by Brian Hartline, Kevin Wilson and Tony Alford, and he spent some time with Ryan Day on Sunday morning. The Buckeyes are firmly in the mix in this recruitment moving forward.

Earlier this week, Lettermen Row introduced Georgia defensive back Jordan Hancock. He took the trip to Ohio State this weekend and left Columbus with a coveted scholarship offer in hand.

Blessed Beyond Measure!
Thankful To Receive An Offer From
The Ohio State University..#GoBucks #DBU pic.twitter.com/ExTKg1Z0Kj

Prior to boarding his flight out of Columbus, Hancock told Lettermen Row that the offer was an “honor,” and we’ll catch up more with him when he’s returned home to Georgia.

A 3-star prospect right now, expect to see a healthy bump in the national rankings for the 6-foot, 175-pound Hancock as his junior year film opens the eyes of other programs around the country.

One player who didn’t make the trip to Ohio State as planned this weekend was Belleville (Mich.) 4-star defensive lineman Damon Payne. At this point, there’s no real explanation for the absence. But Payne did not make it as planned so I figured I’d just update that in case people were wondering how that trip went.

That’s the way recruiting goes sometimes. Visits are planned and fall through all the time. Don’t read too much into one missed visit. The relationship between Ohio and Payne remains very strong.