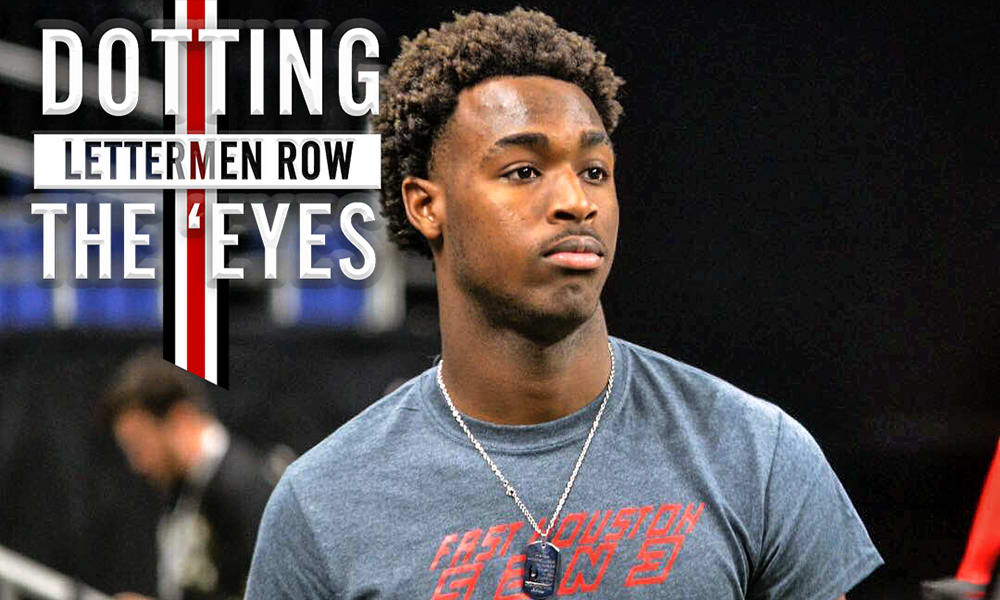 Stay in touch or be left out because Ohio State recruiting is a 24-hour, seven-day-per-week obsession. What’s the latest news as the Buckeyes build for the future? Get that and more Sunday through Thursday on Lettermen Row. Today we get back in touch with Texas standout Dwight McGlothern and get a closer look at how Ohio State sells personal branding as a recruiting tool.

The new coaching staff at Ohio State obliged a social media request by Trinity Christian School (Cedar Hill, Texas) defensive back Dwight McGlothern two months back, getting in contact with the country’s seventh-ranked cornerback after months of sparse communication.

“Coach Day and [receivers coach Brian] Hartline both reached out,” McGlothern told Lettermen Row at the time. “They apologized for me not being recruited hard and said they don’t chase kids. So if I’m interested in them, they’re interested.”

The 6-foot-2, 180-pound star remains interested, and it seems Ohio State does as well. The two sides have stayed in regular contact since that early January effort, but the conversations have been turned over to two new Buckeyes assistants.

“We’ve been on good terms,” McGlothern said this week. “[Co-defensive coordinator Jeff] Hafley and me have been talking a lot. He’s great and very serious. He’s straight up about things, you know?”

The Buckeyes and McGlothern may be getting to know each other better, but the fact remains that until a visit is made, it’s hard to see a scenario where this 4-star prospect ends up at Ohio State. The ninth-ranked player in Texas acknowledged there are some difficulties in getting familiar because of the distance.

“It’s tough,” he said. “I feel like if Ohio State was in Texas, everyone would go there. From where I’m at now though, the connection with the coaches has to be strong, so I’m glad I’m talking to Hafley a lot. I’m going to try and go there in March.”

The Buckeyes social media team gave the world a small look at one of the Ohio State recruiting department’s most important and impressive resources.

🎥📷💻 How did @youngchase907 become The Predator? Go behind the scenes as our BrandU program helped build a unique and personalized brand identity for one of the most dominant Buckeyes on the field.#GoBucks pic.twitter.com/wTtjQJCT5J

While this specific look details some of the work that’s gone into creating Chase Young’s Predator brand, the program has been utilized multiple times on the recruiting trail in the last few years. The Buckeyes have developed personalized recruiting pitches and brands for recruits and their families in an attempt to showcase how Ohio State helps create life after the game for the prospects.

To all recruits, one of the biggest topics today is Personal Branding, OSU is the best at putting you in a situation to succeed! https://t.co/1NdHiAVODA

It’s been a major staple of what the Buckeyes have done for years. Even in its infancy, the Ohio State graphics department worked to create specialized content that connected with young players and their future dreams, even if the player himself ended up committing and signing elsewhere, like Miami tailback Lorenzo Lingard. 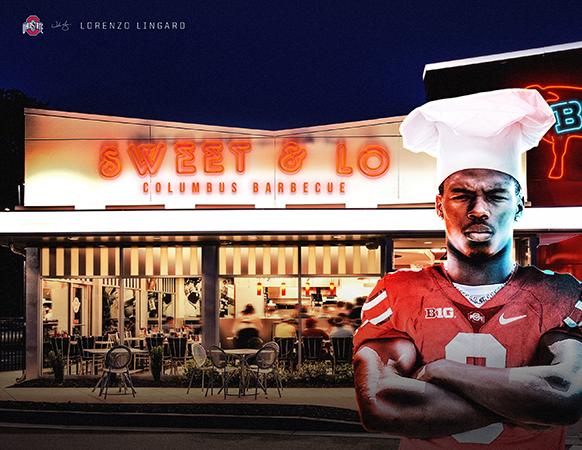 Miami running back Lorenzo Lingard wanted to get into the restaurant owning business. (via Twitter/CoachHessler)

There are a number of ways that Mark Pantoni and Ohio State’s recruiting department have changed the nature of recruiting high school football players — and “Brand U” is one of them. It’s a truly incredible endeavor that’s been created by guys like Sammy Silverman and Zach Schwartz.

He may not have the recruiting cachet of Julian Fleming, Rakim Jarrett or Marcus Rosemy, but there’s a whole like to like about Eastside Catholic (Sammamish, Wash.) 4-star receiver Gee Scott.

Throughout the last week, Scott’s Twitter page has shown glimpses of his tremendous talent and his unusual work ethic. He has been putting on a show as he prepares for 7-on-7 season and national combine tours.

@OhioStateFB commit @geescottjr has made it a objective to get faster for the @TheOpening trials coming up in May. We’re just getting started!!

17 reps at 225lbs…
I control what i can, ill keep my head down and just work.
God makes no mistakes. pic.twitter.com/RUF7ztivkU

He’s also been impressing on the field, including turning the head of NFL All-Pro Richard Sherman.

He’s going to be great! https://t.co/Q3EH4uFICw

After a week’s worth of work off the field, Scott went back to the grind on it and was named the weekend’s “Alpha Dog” by 247Sports for his work at the Pylon 7-on-7 event in Las Vegas.

“Gee Scott Jr. was terrific all afternoon, scoring a number of big touchdowns and consistently breaking free from coverage,” 247Sports.com’s Blair Angulo wrote. “He’s a physical wideout that can make the tough catch, but on Saturday showed that he’s an advanced route runner that loves competition.”