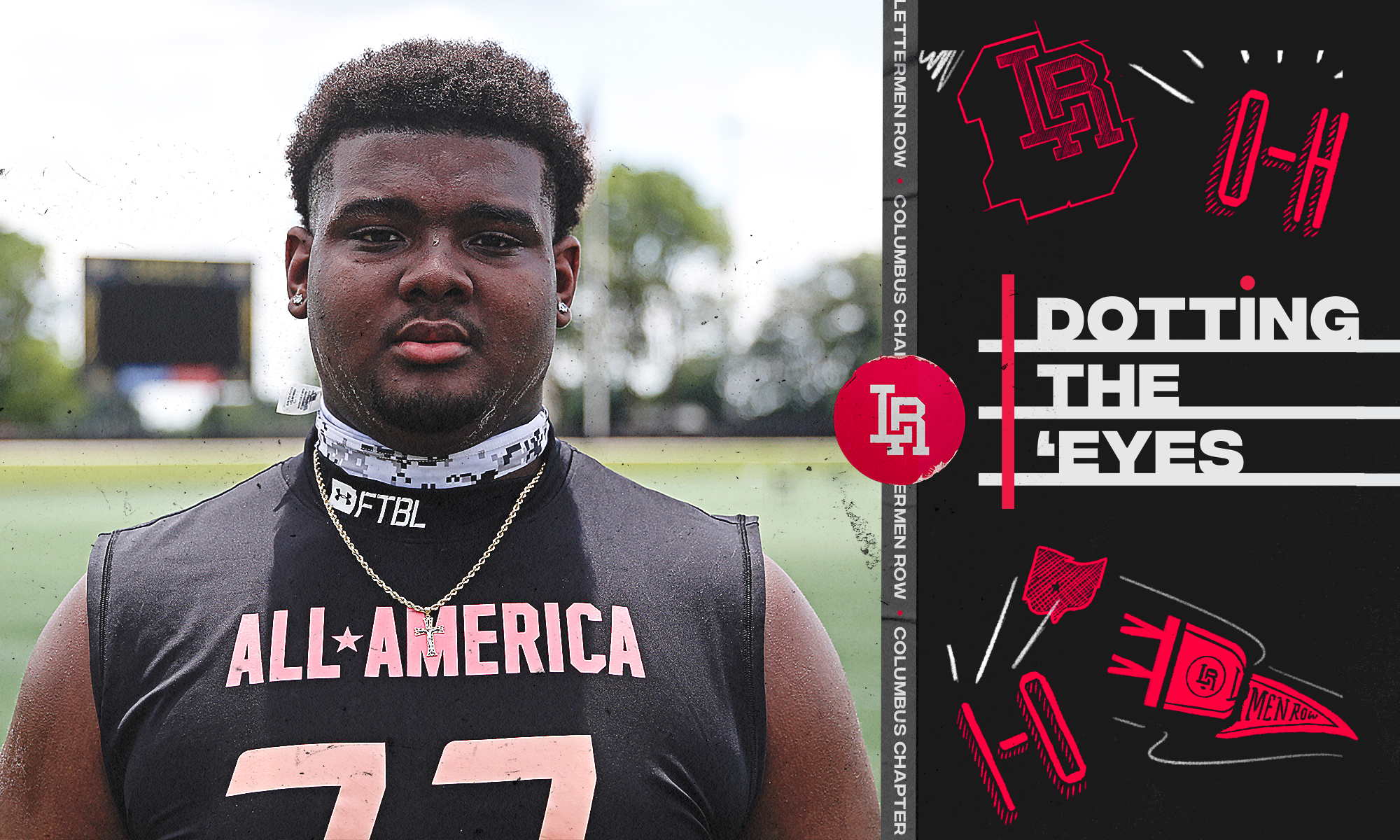 Stay in touch or be left out because Ohio State recruiting is a 24-hour, seven-day-per-week obsession. What’s the latest news as the Buckeyes build for the future? Get that and more Sunday through Thursday on Lettermen Row. Today’s notebook catches up on the latest with a pair of big-time defensive tackle targets in the Class of 2022.

Derrick Shepard focused on his motor, Ohio State is watching

Being the top defensive lineman in Ohio is usually a good indicator that a young football players has an opportunity to play at Ohio State but Derrick Shepard, the state’s top junior at the position, is still waiting for a Buckeyes offer.

The 6-foot-3, 300-pound defensive tackle has had regular conversation with Larry Johnson and has heard from the legendary Ohio State coach often since Sept. 1, including a very pointed discussion following Shepard’s season-opener three weeks ago.

“I had a bad first game,” Shepard, a teammate of Buckeyes commitment C.J. Hicks at Kettering Archbishop Alter, told Lettermen Row. “But Coach Johnson and I talked and he said he is definitely still watching. He told me if he didn’t believe in me or didn’t want to offer me he wouldn’t have told me to call and tell me what I did wrong.

“Our relationship is definitely getting stronger.”

A major part of Johnson’s critique involved the effort from Shepard, and that is something that the No. 8-ranked player in Ohio knows he has to be more cognizant of.

“It’s about my motor,” Shepard said. “It felt like pressure the first game, but I had to realize I can’t think about it and I have to just go play. I need to turn it on and leave it on. Everything is starting to come into place, to align.”

One thing that not yet started to align for Shepard, or any other young prospects, is the chance to make school visits. The continuing dead period has him “more than upset” but he’s hearing from a number of schools regularly since September’s arrival.

“Recruiting has picked up since September 1 for sure,” he said. “I’ve been hearing a lot from Ohio state, Penn state, Michigan state, N.C. State, Cal, Virginia, Cincinnati and Kentucky. I’ve been in contact with [Larry Johnson,] Kevin Wilson, and Tim Hinton frequently.”

One junior defensive tackle that holds a Buckeyes offer and is in fact one of the top overall targets for Ohio State in the Class of 2022 is Travis Shaw. He’s a Top 10 overall prospect according to the 247Sports.com composite rankings and the No. 2-ranked defensive tackle in his class. At the end of last week, Shaw released a narrowed down list of schools, shrinking the programs in consideration almost in half from his 27 offers.

The Buckeyes are on the list for Shaw — who did a virtual tour with Ohio State this past spring — and now just have to wait for the chance to get him on their physical campus. He talked to Lettermen Row about that previous digital visit earlier this summer.

“It was really just about Ohio State not even the sports accomplishments,” Shaw said of that virtual visit’s focus. “The school accomplishments stuck out. I’m a big academics athlete so anything to help me keep my grades up in order to stay on the football field will stick out to me.”

The Buckeyes have begun reaching out to fast-rising 2022 prospect Jarred Kerr of Lexington, Texas.

The nation’s No. 46-ranked athlete, who has offers from 15 schools including Florida, Notre Dame, Oklahoma and Texas, has been hearing from Ryan Day himself.

“There was not a whole a lot before Sept. 1,” Kerr told Lettermen Row. “We’ve been on the phone before and then Ryan Day started texting. I’ve been in touch with him and [assistant Keenan] Bailey. I think they see me as a receiver.”

While Brian Hartline hasn’t yet gotten involved, the 6-foot-tall, 185-pound Kerr says the Buckeyes have his attention.

“It’s really about how many players they put in the league,” he said.