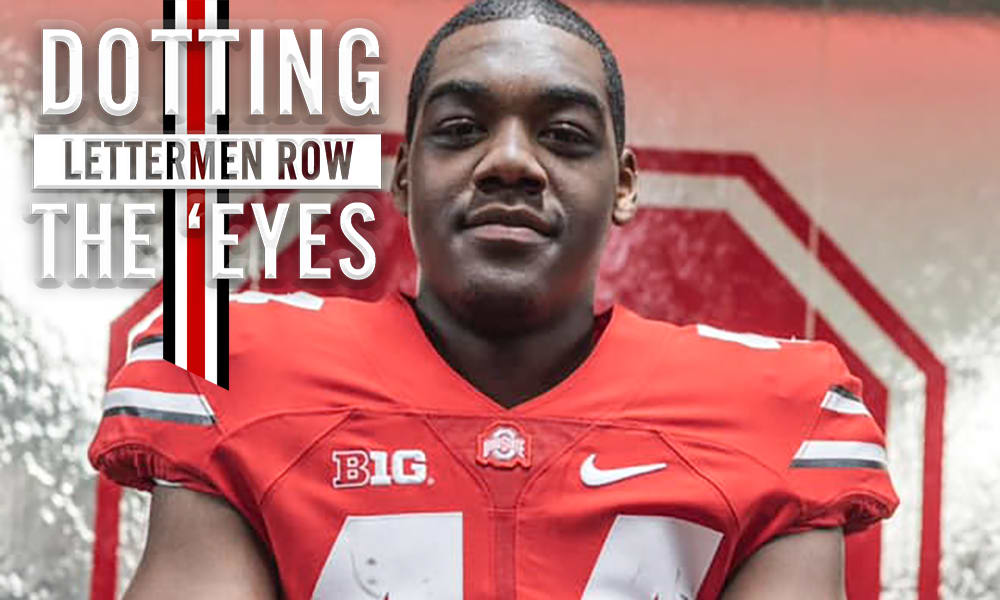 Stay in touch or be left out because Ohio State recruiting is a 24-hour, seven-day-per-week obsession. What’s the latest news as the Buckeyes build for the future? Get that and more Sunday through Thursday on Lettermen Row. Today’s update reflects on midweek visits for Deontae Craig and Reid Carrico and updates the weekend’s biggest visitors.

Ohio State offered The Culver (Ind.) Academy defensive end Deontae Craig on Feb. 12, and within two weeks of that, he’d also added scholarships from Notre Dame and Michigan. It’s that trio of schools that has emerged near the top of the list for the 6-foot-4, 230-pound Craig — and that’s why his midweek visit to Columbus to see the Buckeyes again was a big one.

“It went really good,” Craig told Lettermen Row. “I was there for the whole day.”

The goal for the trip was to just get more familiar with the coaching staff at a place he’s not visited since November.

“I got to see how all the coaches worked with their players,” Craig said. “I also was able to sit down with Ryan Day and [defensive line coach Larry] Johnson one-on-one for the first time. It was also pretty cool because I met Urban Meyer.”

Though Craig watched the Buckeyes practice, the most important part of the visit was that it didn’t seem too focused on just football.

“It wasn’t a lot of football with Coach Johnson or Coach Day,” he said. “[Day] was just telling me a lot about his background and what he’s trying to do with the program. Coach Johnson was just telling me about his background too, but he did say that he wants me to get back up for camp so he can teach me himself and help me work on some things I can use.

“It helps [to know the program] a lot, getting to know the coaches and learning more about the academic part of the school as well.”

Craig is hoping to make a decision after the summer, potentially before his senior season begins.

Recruiting pipelines don’t get built in a day, but they do get started with just one player. The first piece in what could be an important pipeline from Ohio State to Hawaii was added in February when the Buckeyes signed offensive lineman Enokk Vimahi.

Truly humbled and blessed to receive an huge offer from The Ohio State University❗️ #GoBucks 🌰 pic.twitter.com/PcmxeKNNm3

The country’s third-ranked inside linebacker already has more than 20 offers, and like most of the top-ranked kids from the islands he is considering Oregon, Washington and a number of West Coast programs. He’s also taking his first official visit on April 13, electing to head to Notre Dame.

“I know [Ohio State] is a great school with great pass rushers like the Bosa brothers that I definitely look up to,” Botelho told Lettermen Row. “I’ve been mostly talking to [linebackers] coach Al Washington.”

There’s a long way to go until signing day, so the Buckeyes getting a relatively late start is something that’s easy to overcome. However, there’s literally a long way to go from Hawaii to Columbus — 4500 miles — so if this recruitment is going to develop in Ohio State’s favor, expect it to be drawn out a bit, similar to the way Vimahi’s went.

One of Ohio’s rising stars in the Class of 2021 visited Ohio State for the first time on Wednesday.

Reid Carrico is a 6-foot-3, 220-pound linebacker at Ironton High School with five early offers, including schools like Iowa State and Louisville. Like most kids growing up in Ohio, Carrico’s football dreams have included playing at Ohio State for some time now, so Wednesday’s visit was something he was looking forward to.

“It’s pretty wild,” he said. “It’s a little nerve-wracking, but I just couldn’t wait to meet them in person.”

The visit went well, as expected.

“It was a great trip,” Carrico said. “I liked the campus, and I loved all the coaches and the facilities. The players were very cool and fun to interact with.

“I had a great conversation with Ryan Day. He’s awesome.”

The recruiting process is just getting started for Carrico. Expect to read about him visiting Ohio State many times in the next year-plus.

There are not a lot of recruits heading to Ohio State this weekend, but there are a couple of important ones making their way to Columbus. In fact, the biggest name on the list arrived on Thursday morning.

That is 5-star running back Kendall Milton, and he’s in town for a major two-day visit with the Buckeyes. This trip for Milton will kick off a busy month that will also see him at LSU, Georgia and Alabama. So it’s vital for the Buckeyes to connect with the country’s second-ranked tailback and his family in a real way in order to cement a return trip for an official visit later this year.

Ohio State commitment Luke Wypler is already in Columbus as well, and he’s likely to serve as the lead blocker for Milton during his trip. When the 6-foot-1, 210-pound Milton leaves, Wypler will turn his attention to a fellow New Jersey prospect. The country’s top-ranked safety, Jordan Morant, arrives on Saturday for his first visit to Ohio State.

Also in town with the Buckeyes this weekend is Apopka (Fla.) athlete Jecoryan Davis-Hamilton, an intriguing and versatile athlete who has been in regular contact with the program since last August.