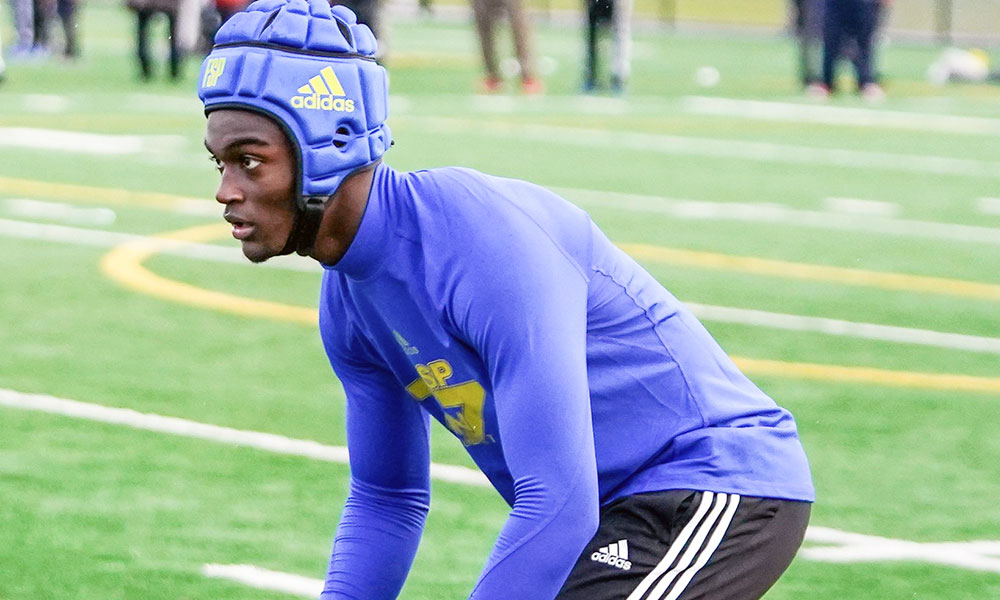 Denzel Burke has been eager to visit Ohio State for a while. (Denzel Burke/Twitter)

Have a question about Ohio State recruiting? This is the place for you, five days a week. Submit your questions on Twitter or on the Lettermen Row forums. Check-in daily to see what’s on the mind of Buckeyes fans all over the country. Today’s question provides a chance to get caught up with the recruitment of Buckeyes 2021 commitment Denzel Burke.

Do u think Denzel Burke will sign with OSU? If not, who takes his place?

To quickly answer the question: Yes, I do believe that Denzel Burke will sign with Ohio State and don’t believe there’s any reason for the Buckeyes to be concerned about any of the 20 current verbals in the Class of 2021.

Burke is one of three Ohio State commitments in the Big Ten’s best-ranked class who has yet to ever step foot in Columbus or on campus, so it’s understandable that some feel a little bit of unease around the status of his commitment. He’s one of six defensive backs committed, he lives 2,000-plus miles away from Ohio and Burke is a pretty low-key dude on the internet, not really one to cause a ruckus.

Still, the majority of his online presence, especially since his May commitment, has been very-pro Buckeyes and full of assurances like this one for the program.

The good vibes around Burke and the Buckeyes should continue. And, if things go as planned this month, will likely get a big boost.

“We are planning on coming to Ohio after my game on Oct. 23,” Burke told Lettermen Row this week. “I can’t wait to get up there.”

If Burke makes that trip, it’ll be an important first visit to Ohio for the 4-star athlete and his family. It’s also an important visit for the entirety of the Ohio State recruiting class. They won’t be able to hang out with the coaches or players inside the program, but the chance to build the relationship within the class is important.

“We talk really often,” Burke said. “All the commits and I are getting closer.”

From a program perspective, there’s been no reluctance from the Buckeyes to keep recruiting the 6-foot, 190-pound defensive back prospect, either. He’s been named a team captain at Scottsdale (Ariz.) Saguaro High School, one of the country’s premier prep programs, and that kind of credibility is something the Ohio State staff covets. They want leaders. They want winners and kids who are going to fight for their teammates.

“I’m looking for a gritty competitor, a kid that refuses to lose,” Buckeyes defensive coordinator Kerry Coombs told the media last week. “And that’s really the mindset that we have to have play-in, play-out. We’re developing that mentality- I’m excited about these guys and their development of it. That is really what I’m looking for. It’s what I look for when I recruit. I like to recruit winners.”

Denzel Burke is a winner and a special athlete who the Buckeyes were willing to take sight unseen on campus. The relationship between him and Ohio State is still growing, but there’s no doubt he’s happy about where he’s headed.

Ohio State out for Tywone Malone, still in for J.T. Tuimoloau
Buckeyes not backing down in chase for five-star Tristan Leigh
Advertisement