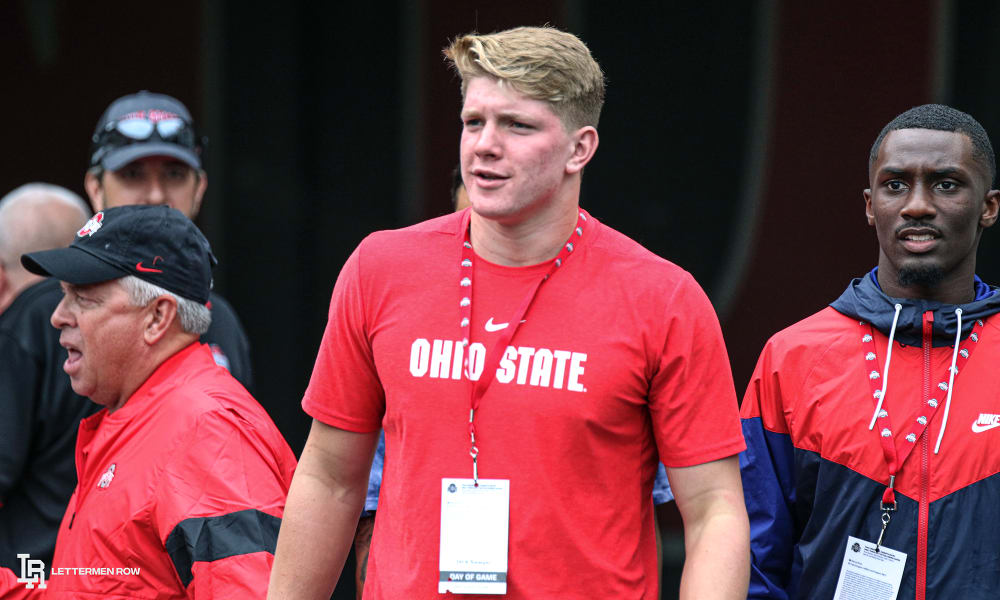 Have a question about Ohio State recruiting? This is the place for you, five days a week. Submit your questions on Twitter or on the Lettermen Row forums. Check-in daily to see what’s on the mind of Buckeyes fans all over the country. Today’s question asks what positions remain the biggest priority for Ohio State after a wild month of March on the recruiting trail.

In my opinion, the biggest remaining need for Ohio State in the Class of 2021 is the defensive line.

That’s not to suggest that the current defensive line haul isn’t off to a good start — because with in-state stars Jack Sawyer and Michael Hall it’s actually off to a great start.  But the Buckeyes probably need to sign five or six defensive linemen in 2021. After losing a top priority target to Maryland over the weekend, there aren’t many clear-cut, top-of-the-board dudes out there for Larry Johnson and the Buckeyes.

We’ve written here a bit about Washington 5-star lineman J.T. Tuimoloau, and there’s no doubt he’s a player Ohio State would welcome without question. The same can be said for New Jersey 4-star defensive tackle Tywone Malone, who is one of the few prospects out there being recruited by the Buckeyes who isn’t really a combination-type of lineman, but instead a true interior guy. That duo, along with Belleville (Mich.) 5-star prospect Damon Payne would all be in the Absolutely category for Ohio State.

The rest of the guys on the list for the Buckeyes, major talents like Jahvaree Ritzie, Marcus Bradley, Monkell Goodwine and Tunmise Adeleye, aren’t that cut-and-dried and likely require some more time getting to know — both in the personal relationships but also in their potential roles on the defensive line.

That leads to the next, and probably biggest, challenge ahead for Johnson and the Buckeyes.

The current NCAA-mandated restrictions against in-person recruiting will put the June camp season in jeopardy. If those days are lost amid coronavirus concerns, the legendary defensive line coach loses his best tools on the recruiting trail: The ability to evaluate in person and the opportunity for high school linemen around the country to work with him personally. That is almost always the moment that Johnson shines brightest with recruits and their families who get minimal chances to learn what actually being coached by someone of his ilk can do for them.