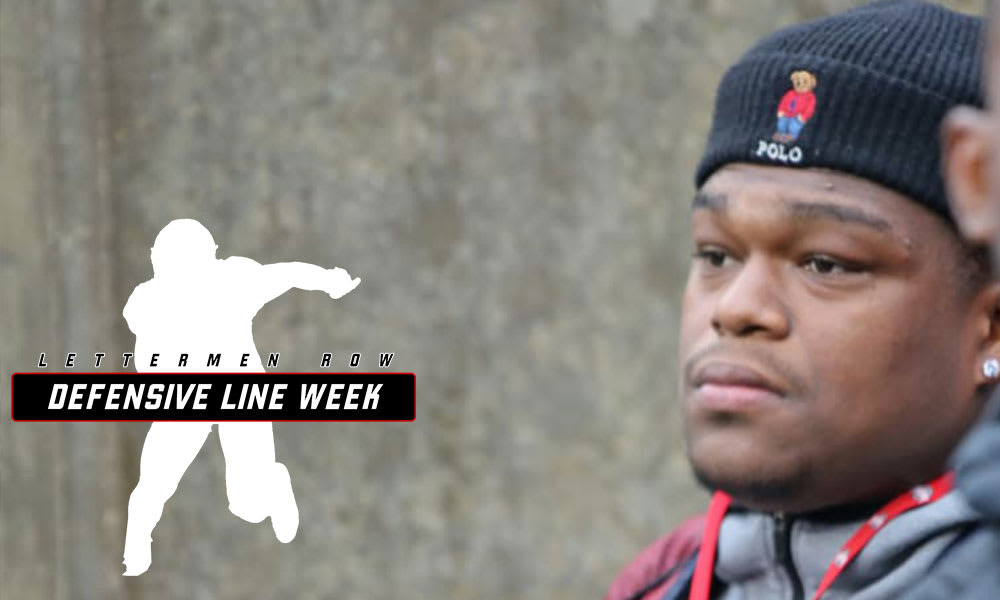 Darrion Henry appears to be narrowing in on a decision. (Birm/Lettermen Row)

Ohio State signed only three defensive linemen in the Class of 2019 and because of that, the expectation was that the Buckeyes would be looking to bring in a much bigger haul in 2020.

That doesn’t appear to be the case — at least not yet — as Larry Johnson once again seems focused on bringing in a relatively small group of future Rushmen. No matter what the target number, Ohio State currently has zero defensive linemen committed as we prepare to enter the pivotal June camp season in Columbus. For Johnson, it’s the best time of the year as he gets a chance to see his top targets, and the players he’s been watching for development from last season, in person and gets a chance to work with them to see whether or not they have what it takes to play at Ohio State.

There are a few big names courted by Ohio State that have already committed elsewhere, including the country’s top-ranked prospect Bryan Bresee, who is now committed to Clemson after two years of being recruited by the Buckeyes. Another player that has been recruited aggressively for the last year, Port Huron (Mich.) 4-star defensive end Braiden McGregor, will make his college decision on Friday night and is expected to pick his home-state Wolverines with Notre Dame remaining the biggest challenger to Michigan.

So who remains on the ever-growing board? Let’s examine a few of the key names to keep an eye on.

Ohio State loves big-bodied defensive linemen and there’s no one that fits this mold better than Cincinnati Princeton 4-star prospect Darrion Henry. There’s some expectation that a decision could be coming soon from Henry and if that happens, it could be good news for the Buckeyes. Henry is Ohio’s second-ranked prospect and a teammate of two key targets for Ohio State: Paris Johnson and Jaheim Thomas.

Ohio State is still in the mix for big-name prospects

There’s some belief out there that the Buckeyes are struggling to recruit defensive linemen but when Larry Johnson and Greg Mattison are the primary recruiters, there’s always a chance for Ohio State to pull off an upset.

Yes, the Buckeyes didn’t close on Bryan Bresee, but that doesn’t mean there aren’t some really talented kids that are still considering Ohio State. The top name that should be considered here is Sanford (N.C.) 5-star Desmond Evans. Intensely private, Evans isn’t the type of kid to reveal much about his thought process but Larry Johnson has made a big impression on the 6-foot-6, 240-pound defensive end. There’s no reason to get excited about this recruitment until Evans makes a visit to Columbus but that is expected to happen sometime this summer.

Another prospect that is worth paying attention to, though he’s admittedly more of a longshot, is Texas defensive tackle Vernon Broughton. Broughton will be on campus for an official visit to Ohio State in June and the Buckeyes are the only program he’s considering outside of Texas and a handful of SEC schools.

Buckeyes have a number of offers out to key targets

Things will get interesting for Ohio State this summer as a number of the Buckeyes outstanding defensive line offers are expected to make their way to Columbus for camp visits.

According to 247Sports.com, there are 28 total offers out to defensive linemen in the Class of 2020. That list doesn’t include Xavier Carlton but it should after he was offered in early May. At least a dozen of them are players that are real options moving forward for Larry Johnson and Ohio State.

Which names remain a real, viable option? Here’s a list of the names to know.

As mentioned, the Buckeyes have offered each of those players and interest — to varying degrees — remains in each. Camp season is important for a handful of them as Johnson and Ohio State get a chance to evaluate in person.

There are no players still being considered by Ohio State that need camp season more than a handful of in-state targets hoping to land a long-coveted offer from the Buckeyes.

Ohio State has made recruiting inside of Ohio a priority in Ryan Day’s first full year of recruiting and that means young players like Cleveland Heights defensive tackle Justin Wodtly, Pickerington Central’s Ty Hamilton, Lima Senior star Brandon Taylor  and Hilliard Davidson standout Gage Keys have a real shot to earn an offer with a big camp performance. The same can be said for Groveport-Madison’s Terah Edwards if he decides to camp: Northwestern doesn’t usually allow their commitments to visit other schools. 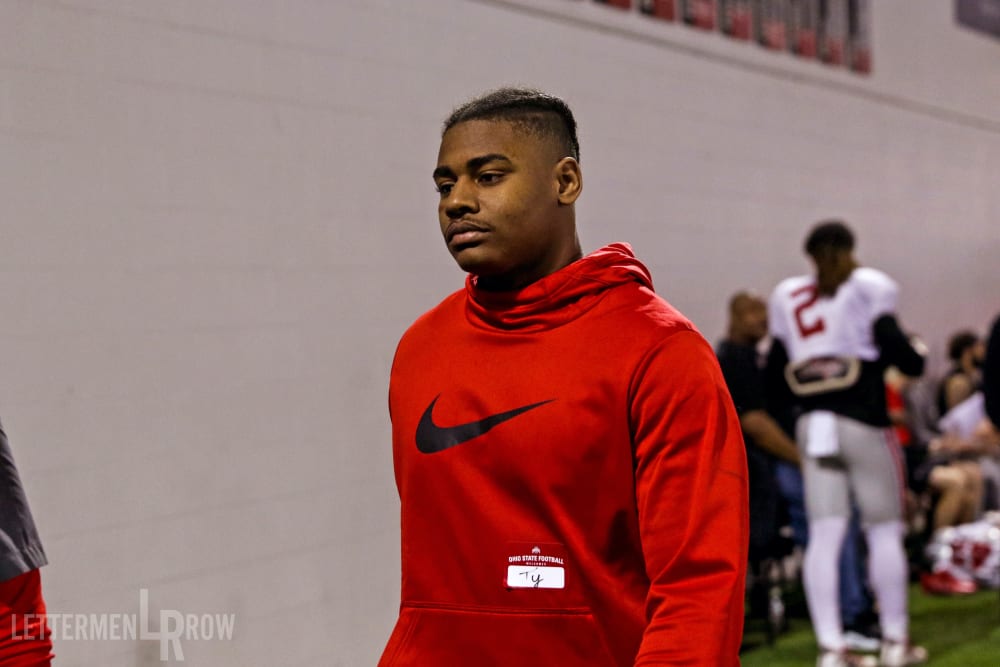 I think it is especially worth watching Hamilton, Taylor and Keys. Taylor has added offers from Michigan and Oklahoma in recent weeks and Hamilton, the younger brother of Buckeyes defensive tackle Davon Hamilton, also has a Wolverines offer.

Camp season is always interesting and it’s going to be even more interesting with so many spots available on the defensive side of the ball for the Buckeyes in the 2020 class.