Connect with us
Dallan Hayden was born in Columbus and finally returned to the city to check out the Buckeyes campus. (Dallan Hayden/Courtesy)

COLUMBUS — One of the top running back targets for Ohio State in 2022 made a return home on Wednesday.

It was the first time Dallan Hayden has been back to Columbus since moving to Memphis as a small child. He didn’t waste any time visiting his childhood home, but did see the parts of the Buckeyes campus that may prove vital in his eventual college decision.

“I saw the campus,” Hayden told Lettermen Row about the spring break visit to Ohio. “I loved it.”

On Thursday, Hayden and his father — who played at Tennessee — headed west to make a similar one-day stop at Notre Dame. Whether or not these visits lead to college decision soon remains up in the air, but it’s clear the visits were important for him to take right now.

There could be a number of reasons but the one that makes the most sense is that Hayden wants to make sure he’s first in line to commit whenever the time is right. He and Nicholas Singleton, a top running back target from Pennsylvania, have similar choices and maybe it’s a matter of who is ready first.

And that conversation may have grown more complicated this week with the recent Buckeyes offer to Omarion Hampton. Does the offer to Hampton mean Ohio State feels its losing ground on the long-term targets?

Will Ohio State make the final five for Kiyaunta Goodwin?

There’s intrigue at positions other than running back coming, too.

This week, 4-star offensive tackle Kiyaunta Goodwin announced he’ll be releasing his top five schools, just weeks after releasing a top 13. There’s no date specified for a release — though Lettermen Row is expecting it by the week’s end — but it’s a safe bet Ohio State will be included. 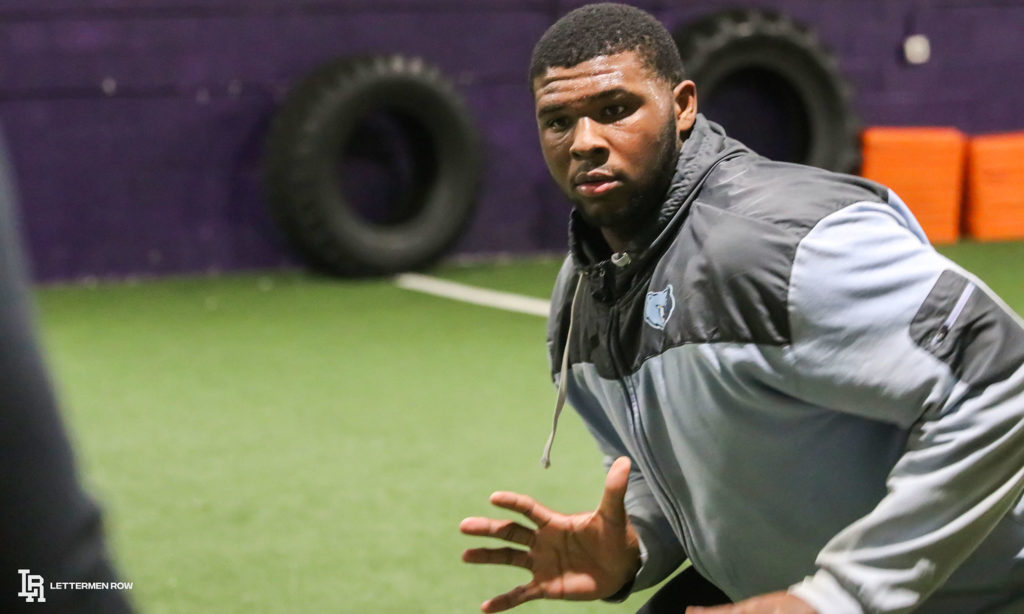 For a player like Goodwin, who has talked about his need for trust, the chance to make official visits to the schools he’s considering is paramount. He won’t make a college decision without them happening, according to his trainer and guardian, Chris Vaughn.

“Kiyaunta is all about trust,” Vaughn told Lettermen Row. “And this dead period has really stopped him from being able to get around people to see who he trusts. He will not decide unless he can visit a school. And if the visits don’t happen, that could really change things.”

So why narrow the list down now? What is to be gained by cutting eight schools three months before any visit can occur?

Lettermen Row recruiting analyst Jeremy Birmingham and co-host Spencer Holbrook talked about those items and more in the latest edition of Talking Stuff, the Ohio State recruiting podcast. The duo also breaks down the three current members of The List and the odds for each to end up with the Buckeyes.