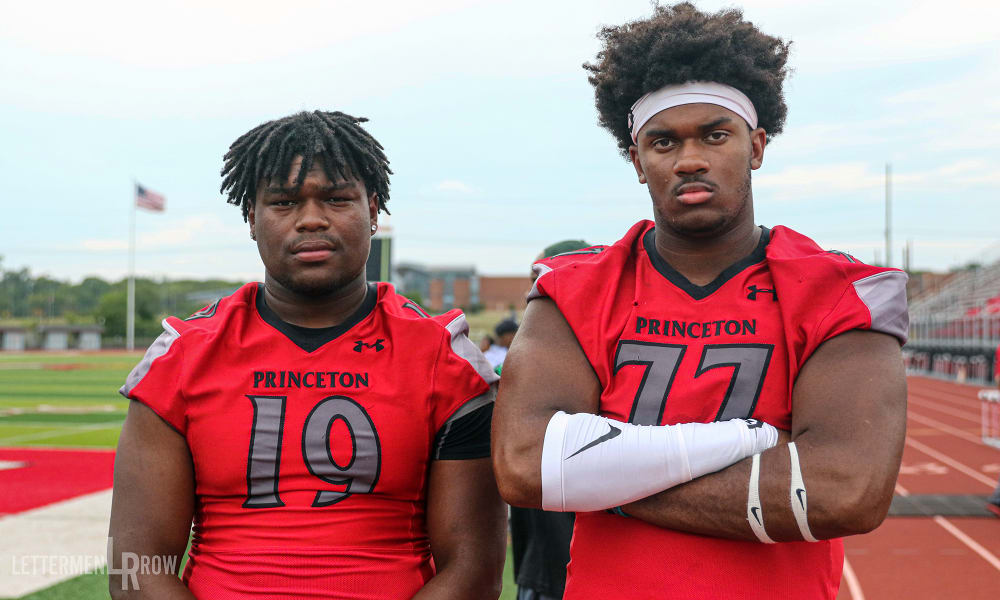 Paris Johnson and Darrion Henry had a lot of options, but Ohio State was the choice from the start. (Birm/Lettermen Row)

Days before Urban Meyer was officially hired almost eight years ago, Ohio State saw a glimpse of what his impact could be for the program on the recruiting front.

Adolphus Washington was a 5-star prospect at Taft High School in Cincinnati who committed to Luke Fickell on Nov. 22, 2011. The top player in the Class of 2012 inside of Ohio may have committed to Fickell, but in doing so he dropped a hint to the world that Meyer was heading to Columbus as well.

“I believe Urban Meyer,” Washington said when asked who he thought the coach would be in 2012, said. “I hope so.”

What Washington’s commitment also seemed to drop was the idea that the Queen City, long-held to be a recruiting stronghold for Notre Dame, Michigan and a handful of SEC schools, couldn’t be a fertile recruiting ground for the Buckeyes.

Meyer’s reputation as a national champion certainly helped. But he was officially replacing Jim Tressel, an Ohio legend and a national champion in his own right. For all the success Tressel brought to Columbus, he wasn’t someone who made Southwest Ohio a priority all the time.

“We only saw Coach Tressel when they were recruiting Kyle Rudolph,” Craig James, a 20-year assistant coach at Elder High School and the father of Buckeyes commit Jakob James, told Lettermen Row. “Coaches knew if they had guys that could play in Columbus but weren’t delusional if they didn’t.”

What James is implying is that Tressel didn’t ignore Cincinnati. But the selective way he recruited the area didn’t entirely ingratiate him and Ohio State to high school coaches around the area.

But Meyer made sure that wasn’t going to continue when he hired a local coaching legend from the area in Kerry Coombs, instantly adding Queen City credibility to the Ohio State staff.

“Kerry always treated Cincinnati the way it should be, regardless of players,” James said of Coombs, who now coaches defensive backs for the Tennessee Titans in the NFL. “He’d always check in just to keep the relationships. And Urban would come down with him occasionally. Kerry always came into Elder twice a period, just because.” 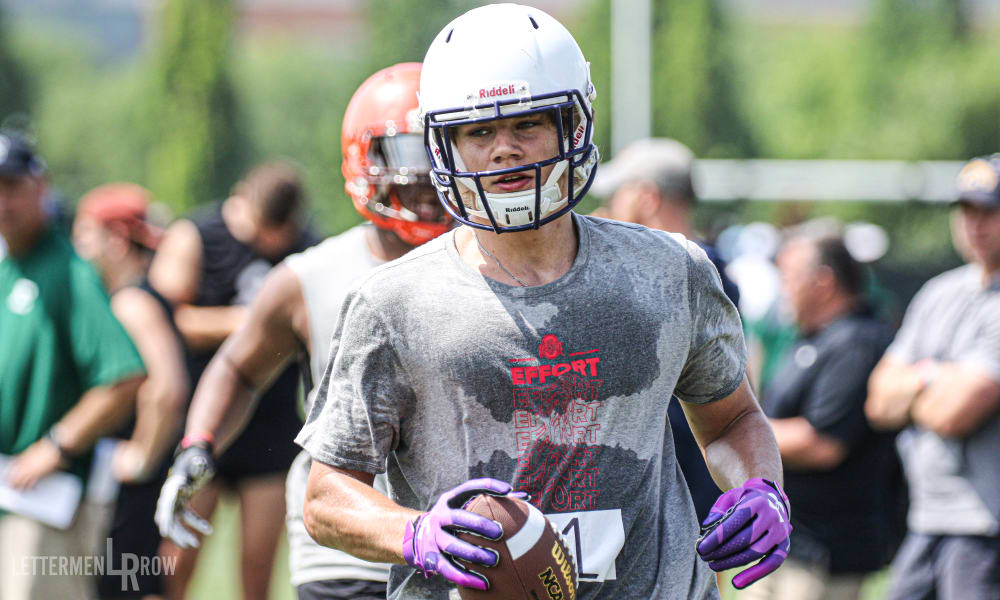 Buckeyes 2020 commitment Joe Royer has family ties to Notre Dame, a program that once dominated recruiting in Cincinnati. (Birm/Lettermen Row)

Coombs, who cut his teeth at Colerain High School, helped open the door at Moeller, where both Sam Hubbard (2014) and Jake Hausmann (2016) played, making them the first players to matriculate from that program to Ohio State since Ryan Hamby in 2001.

Now it’s Elder breaking a streak. A program that hadn’t sent a player to Ohio State since 1997 now has two 2020 prospects committed and ready to become Buckeyes. 1990 was the last year that Cincinnati Princeton, the home of 5-star offensive tackle Paris Johnson and Darrion Henry, sent anyone to Ohio State.

Cincinnati isn’t no-man’s land for Ohio State anymore, thanks to the groundwork of Meyer and Coombs. The area has always been ripe with talent, and Ryan Day isn’t going to allow the Buckeyes to miss out on it. Five of the Buckeyes 22 commitments in the Class of 2020, Day’s first full-class at Ohio State, are from the Queen City.

“Ryan Day changed the game on Day One of the winter recruiting period,” James said. “Not only for the city, but also for me as the father of a commit. Ryan Day spent two hours at Elder High School on Jan. 11, just talking ball, getting to know our guys and getting to know Ohio. By himself.”

Saturday, as Ohio State prepares to host Cincinnati, Day and his staff will host a handful of top recruits to witness a marquee matchup between two of the state’s biggest programs.

Thanks to Urban Meyer, Kerry Coombs and Ryan Day, the door to Cincinnati is open once again to the Buckeyes.