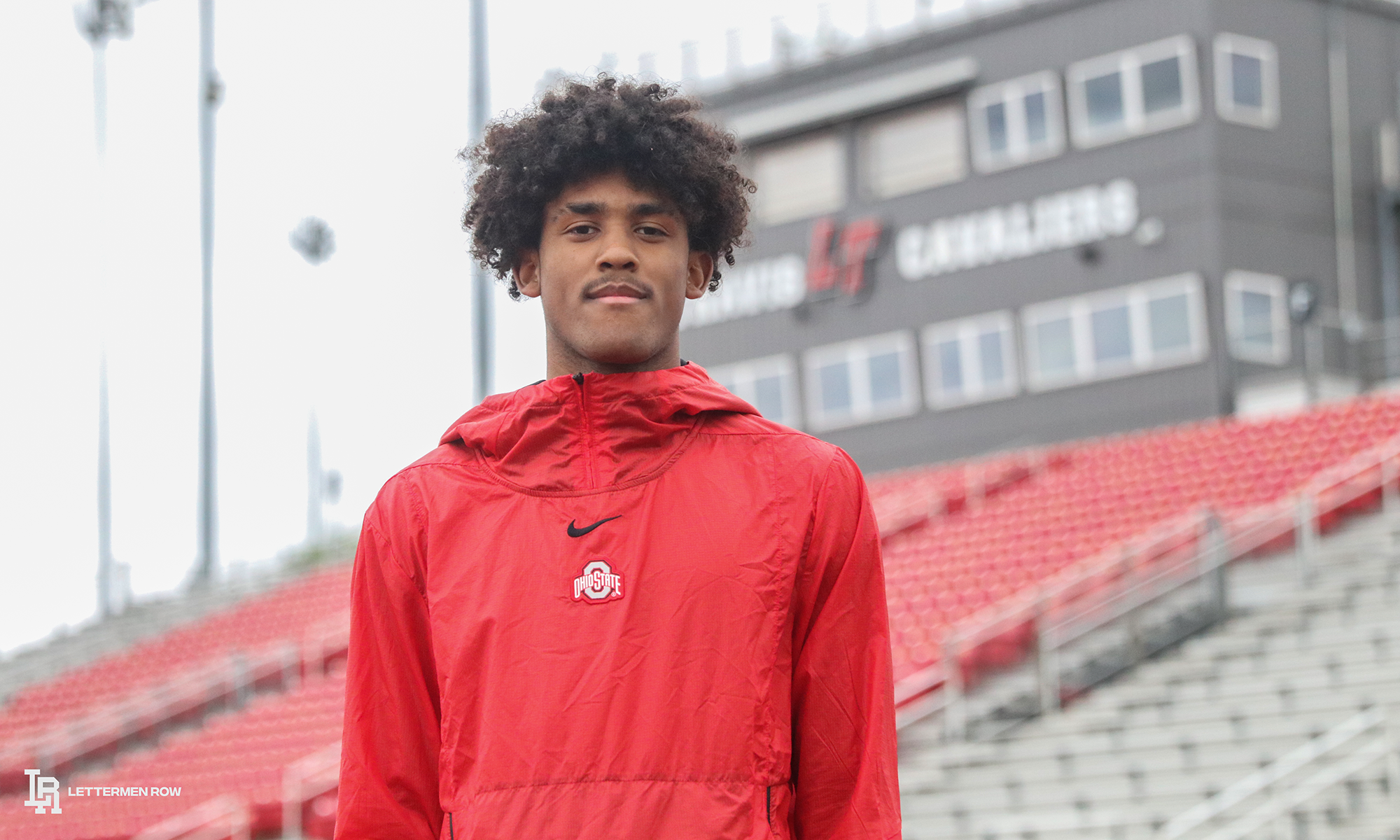 Caleb Burton has had a tough few months but he's ready to get back to regular life -- in a new school. (Birm/Lettermen Row)

Ohio State football recruiting can be a wild ride full of twists and turns as recruits from all over the country maneuver their way to signing day. Lettermen Row is here to help navigate the tumultuous roads by getting to the heart of the matter with the young football players and Ohio State coaches and staff members themselves. Our Texas tour continues with a stop at Lake Travis High School, the new home of Buckeyes 5-star commit Caleb Burton.

LAKE TRAVIS, Texas — The weight of the last few months hasn’t slowed down Caleb Burton much.

The 5-star wide receiver has had to deal with some adversity though. He’s been frustrated by a longer-than-expected rehab process after hurting himself last season. That injury forced him to miss most of his junior season at Del Valle (Austin, Texas) High School. That frustration didn’t change his approach, though. His father, Charles, said he was more mentally taxed by the recovery than his son was.

“I was always like, ‘Are you OK?” the elder Burton told Lettermen Row. “And he kept saying ‘Dad, I’m good. I’m good.’ I think I was much more worried about the injury than he was.”

The health issues were compounded when his father, who had been the head football coach at Del Valle for eight years, stepped away from that role. That meant more changes for Caleb, including uncertainty around where he’d finish up his high school career. With the chance to work at Lake Travis for Charles, Caleb Burton found his new home and is now in adjustment mode. He’s finishing up his junior year at Del Valle, doing all classes virtually, and then finding time to work out at the Cavaliers facilities whenever possible.

He can’t work with the team at Lake Travis yet. Burton can’t participate in their spring practices, either. Things have been kind of a standstill for the country’s No. 35-ranked prospect. 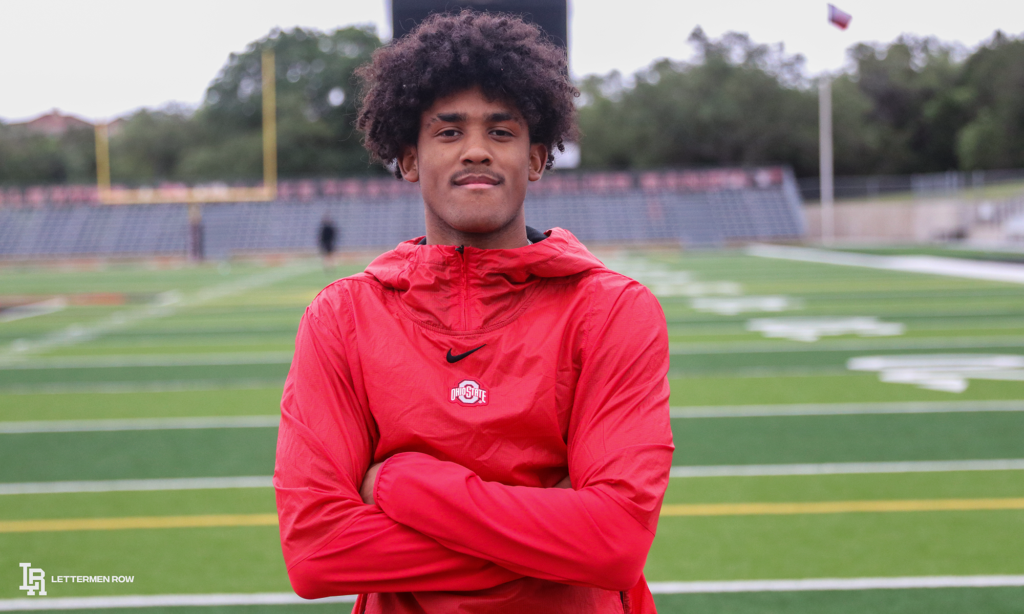 And through it all, the Buckeyes commit hasn’t changed. He remains calm, confident and almost too casual. He’s true to who he is, every time. That’s why he’s so comfortable amid his first real taste of adversity.

Now, with just weeks before his first trip to Ohio State, what’s the strength of his commitment? Why does he still talk to other college coaches? Why is he excited about the chance to play at Lake Travis?

Lettermen Row is checking in with Caleb Burton on our Texas Tour in the latest episode of Birminology from Lettermen Row.

Ohio State has real shot with Omari Abor, all in on 5-star 2023 linebacker
Braylon James could be next Ohio State receiver from Texas, has visit planned