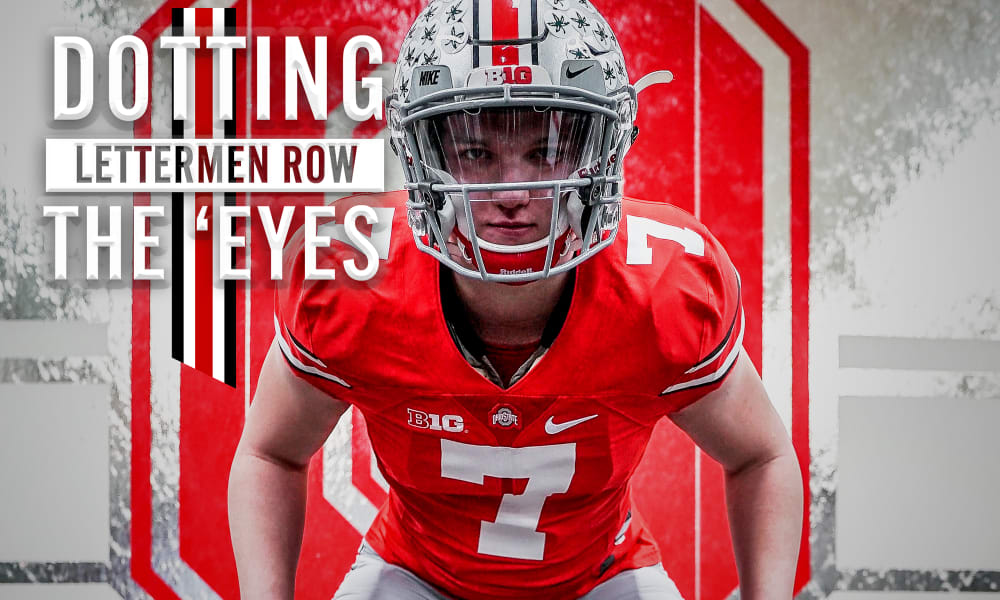 Illinois linebacker Bryan Sanborn was impressed by his first visit to Ohio State. (via Bryan Sanborn/Courtesy)

Stay in touch or be left out because Ohio State recruiting is a 24-hour, seven-day-per-week obsession. What’s the latest news as the Buckeyes build for the future? Get that and more Sunday through Thursday on Lettermen Row. Today’s update reflects on three recent visitors to Ohio State and the time they spent in Columbus.

A top 2021 linebacker from Illinois, Bryan Sanborn visited Ohio State on Tuesday and came away very impressed with his first trip to Columbus. The trip came at the request of Buckeyes defensive coordinator Greg Mattison.

“Coach Mattison has been in the school twice,” the Lake Zurich product told Lettermen Row. “He wrote a letter inviting me to spring practice. It went very well.

“The energy at practice was unbelievable and every coach was nice and respectful throughout the entire visit and was easy to talk to.”

Sanborn’s brother, Jack, was recruited by Ohio State and visited the school when Urban Meyer was leading the Buckeyes. The younger Sanborn felt confident that Ohio State has landed the right guy to continue building upon what Meyer built in Columbus.

“The program is gonna be as good or even better with Coach Day,” Sanborn said. “He’s a very laid back guy. You can tell he really cares about relationships with his players and staff.”

Sanborn and his family were surprised by Ohio State’s focus on academics because the national narrative about the school hasn’t always reflected it.

“We got to have a meeting with academics and they really want you to succeed more in the classroom than on the field,” he said. “Because they want you to have the ‘what do I do after football’ when it’s all done. Everyone thinks it’s all football but academics is almost as important or more important for them.”

Ohio State has not offered Sanborn yet but he believes that could still come his way, especially if he returns to see the Buckeyes this summer.

“They didn’t offer but they really like me,” Sanborn, who has offers from Iowa, Minnesota and Wisconsin, said. “They want me to come back for another visit and maybe camp with them. I’ll probably do that.”

The Buckeyes are working to add at least two more offensive linemen in the Class of 2020 and one of the country’s rising stars, Roger Rosengarten made a pivotal first visit to Columbus on Tuesday.

The nation’s 21st-ranked offensive tackle, Rosengarten told Lettermen Row prior to his visit that the Buckeyes would need to make a big impression on him in order to stay in the mix his recruitment as he begins mentally narrowing down his top schools. They did just that.

“For sure,” Rosengarten said when asked if he enjoyed his trip. “It was better than I expected. I came in knowing that Ohio State was a very good program but I didn’t expect the whole thing to be this good.”

Like Sanborn, Rosengarten found an unexpected commitment to academics at Ohio State.

“Their plans for life after football program is amazing,” he said. “Also the branding presentation with Sammy Silverman was amazing too.”

Rosengarten has been primarily recruited by Tony Alford but was able to spend some quality time with Ryan Day.

“Ryan Day is a great head coach,” he added. “I think he fits in very well at a program like Ohio State. We will try to get out for an official visit.”

Ohio State is working hard to land Akron Archbishop Hoban 4-star athlete Deamonte Trayanum and Ohio’s sixth-ranked 2020 prospect was back on campus Tuesday for another important visit with Ryan Day and the Buckeyes.

“It was fun man,” Trayanum told Lettermen Row about his visit. “Just spending time with the new staff and watching practice.”

Though most of the Buckeyes coaching staff is new, Trayanum’s recruitment has been spearheaded by two holdovers in Columbus, Ryan Day and Tony Alford. He spent most of his afternoon on campus with the man who would be his head coach and noticed that he’s not changed at all in the last year since he began recruiting him.

“No, he’s not changed at all,” he said. “If you had a conversation with him you wouldn’t even think he was the head coach of Ohio State.”

Day has told Trayanum that he can be a running back at Ohio State. That was a concern for the 6-foot-tall, 215-pound athlete for a while as a number of schools were recruiting him more as a linebacker. That isn’t the case anymore.

“The position thing affects my decision a lot because I know it is strictly running back,” he said. “No schools are saying linebacker now.”

The Buckeyes coaching staff did apply what Trayanum called “a little” pressure to commit on Tuesday, but he’s not ready yet. He’s really working to make sure he’s sure of his choice, whenever he makes it.

“I’m going to visit Notre Dame on March 3o, and I could be back at Ohio State this spring, but I don’t know,” he said. “Honestly I’m not looking to find anything I’ve not already see, I’m just weighing all my options before I commit.”