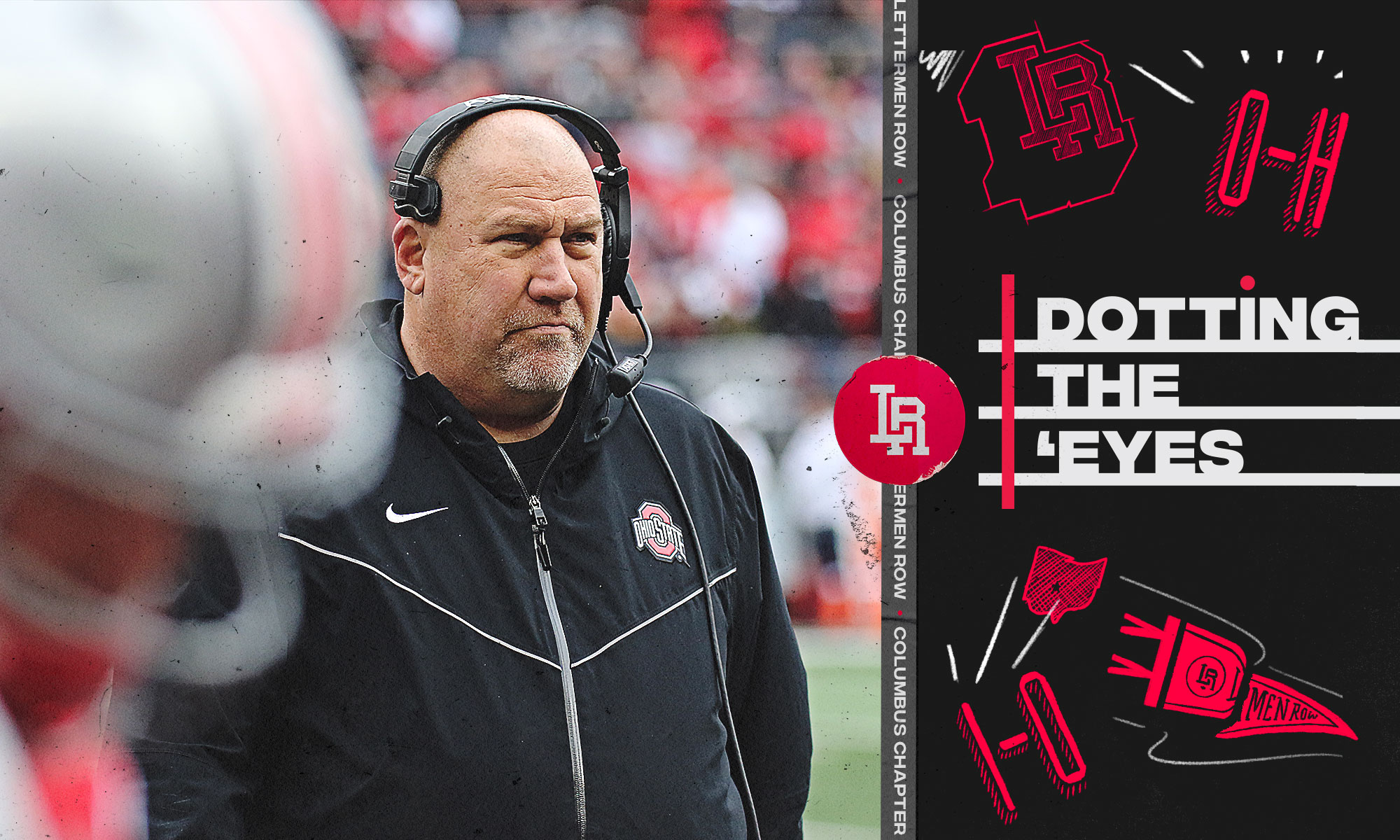 Stay in touch or be left out because Ohio State recruiting is a 24-hour, seven-day-per-week obsession. What’s the latest news as the Buckeyes build for the future? Get that and more Sunday through Thursday on Lettermen Row. Today, we’re breaking down more movement by Ohio State in the Class of 2022 after months of primarily focusing on 2021.

The Buckeyes appear to be turning their recruiting focus to the Class of 2022, at least temporarily. Ohio State continued to extend a number of new scholarship offers around the country, and one of the most recent went to Strongsville offensive lineman Blake Miller.

Lettermen Row has talked about Miller in the past, and he’s made no bones about growing up a big fan of the Buckeyes. His response to the offer was one of excitement, as expected, but he’s also trying to keep himself measured and calm.

“I’ve been a Buckeye fan my whole life, so this offer meant so much to me,” Miller told Lettermen Row. “When I heard the news, I was so excited that a school that I’ve loved and rooted for my entire life would offer me. But I’m trying to keep a level head.”

What the 6-foot-6, 315-pound lineman means by that seems to be that he’s trying to not rush into a decision despite the fact that the Buckeyes are now the clear favorite to eventually land his commitment. Michigan, Tennessee, Arizona State and others are involved. But it’s going to take a major upset for the state’s second-ranked sophomore offensive lineman to end up anywhere but Columbus. Still, his intention is to be as patient as he can be.

“I just don’t want to rush into commitment and possibly miss something,” Miller said. “I’m probably going to commit to a school at the end of my junior year or the start of my senior year.”

That’s the intention for Miller, but it remains to be seen how long he’ll actually be able to wait. He’s now the fourth in-state prospect to have earned an Ohio State offer in the Class of 2022.

The Buckeyes offered Michigan 2022 cornerback Will Johnson on Thursday night. Johnson is an early 5-star candidate and the son of former Wolverines safety Deon Johnson, who played for the Ohio State rival in the early 1990s.

“It’s big. Ohio State is known for putting defensive backs in the NFL and that’s where I want to be one day.”

It’s difficult to take good players away from the Buckeyes when they’re born in Ohio. The same is true in Michigan when it comes to the Wolverines. As a Michigan legacy it’s an even taller task, but the 6-foot-1, 180-pound Grosse Pointe South High School is going to try to think about his recruitment objectively, not through the lens of a fan.

“I grew up a Michigan fan when I was young,” Johnson said. “My sister went to Michigan State, so it’s kind of spread out in my family. But my dad is a Michigan fan because he played there. I learned when the offers started coming in that I need to not be a fan.”

Ohio State is searching all over for the best 2022 tight end option, and Kevin Wilson has been in touch with Mustang (Okla.) High School 4-star prospect Andre Dollar, who recently moved from Naples (Fla.).

“He’s a great guy and a great coach,” Dollar told Lettermen Row. “He’s been around football for a very long time, and I’d love to have him as my coach.”

Dollar is 6-foot-5 and 230-pounds, so he has prototypical size for the position. That’s one of the reasons why he’s drawn the attention of Ohio State. The Buckeyes haven’t yet offered, but he believes it’s a possibility as the relationship between both sides grows.

“He just wants to establish a relationship,” Dollar said. “We’ve been on a couple Zoom calls and we will continue to get to know each other better.”

The Buckeyes love recruiting Texas, and the latest player to be offered from the Lone Star State is Bryce Anderson, the country’s No. 4-ranked 2022 safety and an LSU commitment who pledged prior the beginning of his sophomore season.

WOWW !! After a Great conversation with Coach @DB_CoachCoombs , I'm extremely Grateful and Blessed to have Earned an ⭕️ffer from THE Ohio State University! Thanks to my parents, family, coaches & teammates. #GoBucks⭕️ pic.twitter.com/HxTIks91Bd

The West Brook (Beaumont) High School standout was a first-team sophomore All-American acccording to MaxPreps.com, and the offer from the Buckeyes is No. 23. Anderson is physical, but he can run — putting up a personal best in the 100 meter dash this past spring of 10.79 seconds.

It’s early in the recruiting process for Anderson, and despite his commitment to the Tigers, there’s plenty of time for Ohio State, Oklahoma and others to try and get seriously involved with the 5-foot-11, 180-pound safety.

Ohio State recruiting still all about winning with people
Jantzen Dunn not looking back, excited to be Ohio State commit