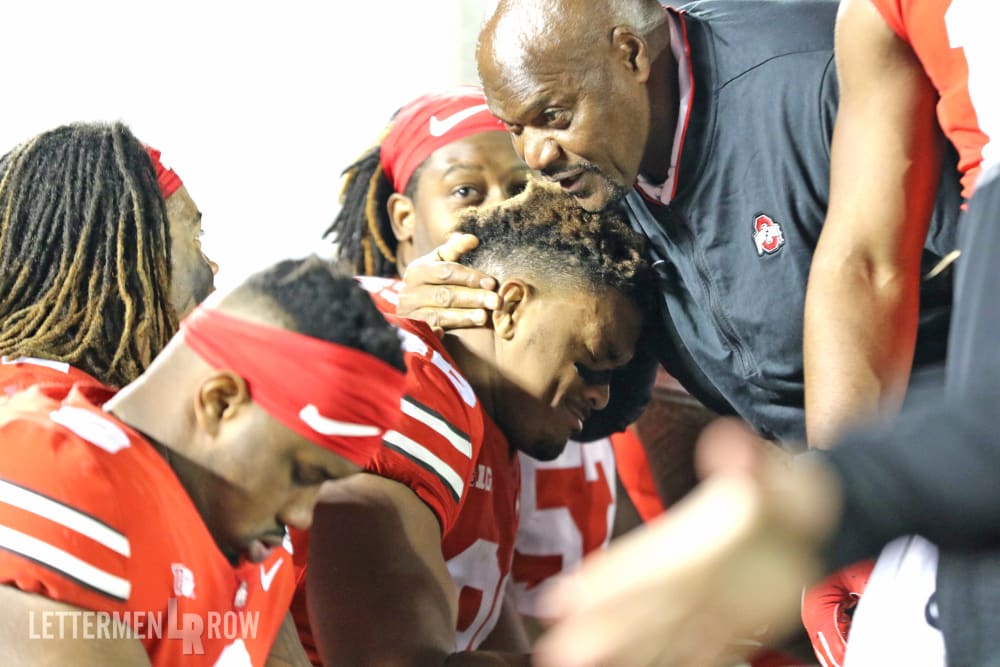 Larry Johnson has long been one of college football's best coaches because he recruits and then develops his players. (Birm/Lettermen Row)

Have a question about Ohio State recruiting? This is the place for you, five days a week. Submit your questions on Twitter or on the Lettermen Row forums. Check in daily to see what’s on the mind of Buckeyes fans all over the country. Today we break down what it takes to be a great recruiter and which Ohio State coaches are doing the most work for the Buckeyes in that regard.

Who do you think is the best coach on staff for recruiting and why?

There’s not really a way to answer this question objectively, of course. But that’s perfectly fine with me since, you know, I’m the one writing the column.

Still, to really narrow this down and give a well-reasoned analysis, I think it’s necessary to establish what really makes a good recruiter. Because I think the answer to that would change dramatically based on who is being asked. For the average fan, the answer is simple: Did Coach A land Players 1, 2, and 3 that they were going after.

If they did that, then sure, Coach A is a good recruiter. That said, there’s more to it than that because recruiting is about relationships, comfort, consistency and commitment from a coach to the day-to-day grind — and not just when a player is on campus.

The Buckeyes coaching staff has a number of really good recruiters on it. And with five new assistant coaches, the lead group of Ryan Day, Tony Alford, Brian Hartline and Larry Johnson are going to be called upon even more than normal by Mark Pantoni and his recruiting department. There’s no doubt that new linebackers coach Al Washington is starting to become a major force as a recruiter, and that’s one of the primary reasons why he was targeted by Day for his first coaching staff. 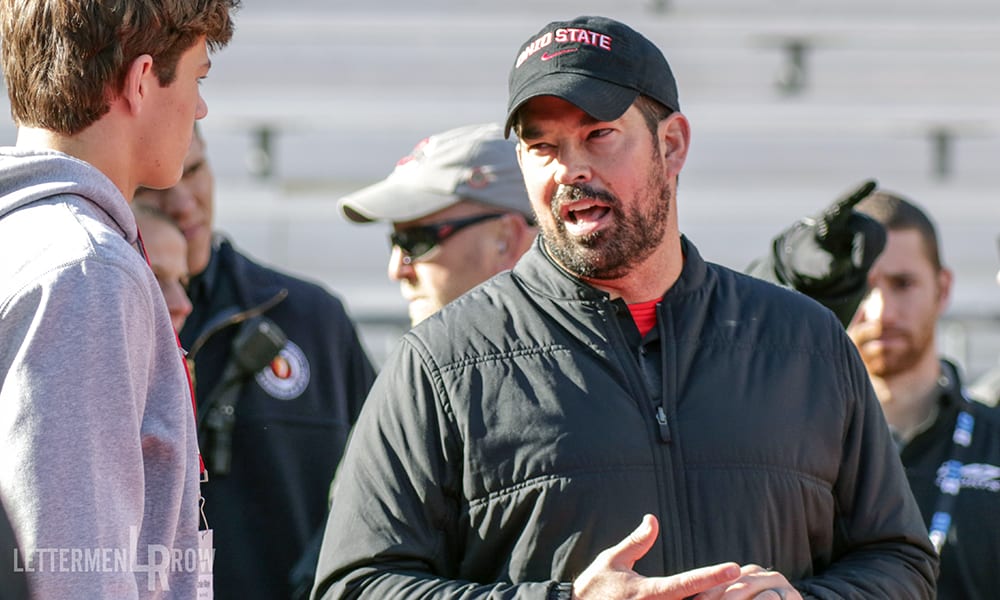 Ryan Day has proven himself to be one of the country’s best recruiters. (Birm/Lettermen Row)

Greg Mattison’s reputation as a recruiter is well-earned and has lasted decades, so there’s not likely to be any concern there, either.

“He was one of the most genuine men I’ve met,” Kelvin Hicks, the father of 2019 Oklahoma signee Marcus Hicks, told Lettermen Row about Mattison in January. “He absolutely put everything he had into recruiting Marcus. He came to wrestling meets, track meets, and always seemed concerned with him as a person.”

That’s how you recruit well. And that’s why literally going the extra mile like Kevin Wilson did to land Dawand Jones enhances his value.

“Kevin Wilson drove us to Columbus,” Jones told Lettermen Row about his official visit. “We got into town about 1 a.m. on Friday night.”

As with most things in life, the peers set the standard, and that’s why I think there’s no real reason to worry about how well new coaches Jeff Hafley and Matt Barnes will fit in with the Buckeyes. Day’s coaching staff is young with five coaches under 45-years old. It’s also family-oriented and a group that should grow together and take on the personality of their leader.

The good news is that leader is Day himself. The preeminent recruiter on the staff, Day’s approach to this point has remained very hands-on with recruiting. Day and Pantoni are two major reasons why the 2019 class managed to stay mostly intact when Urban Meyer’s retirement could’ve derailed it with just two weeks before the early signing period.

Day, Alford, Hartline and Larry Johnson have all excelled as recruiters at Ohio State, but Day’s ability to recruit across positions and in any part of the country makes him the cream of the crop right now for Ohio State. Quite simply, the Buckeyes wouldn’t have signed Garrett Wilson or Harry Miller without him.

What is important from here is how the rest of the staff elevates itself to get to his level. Alford, Hartline and Larry Johnson have done that already. It’s up to the new guys to keep up the pace.