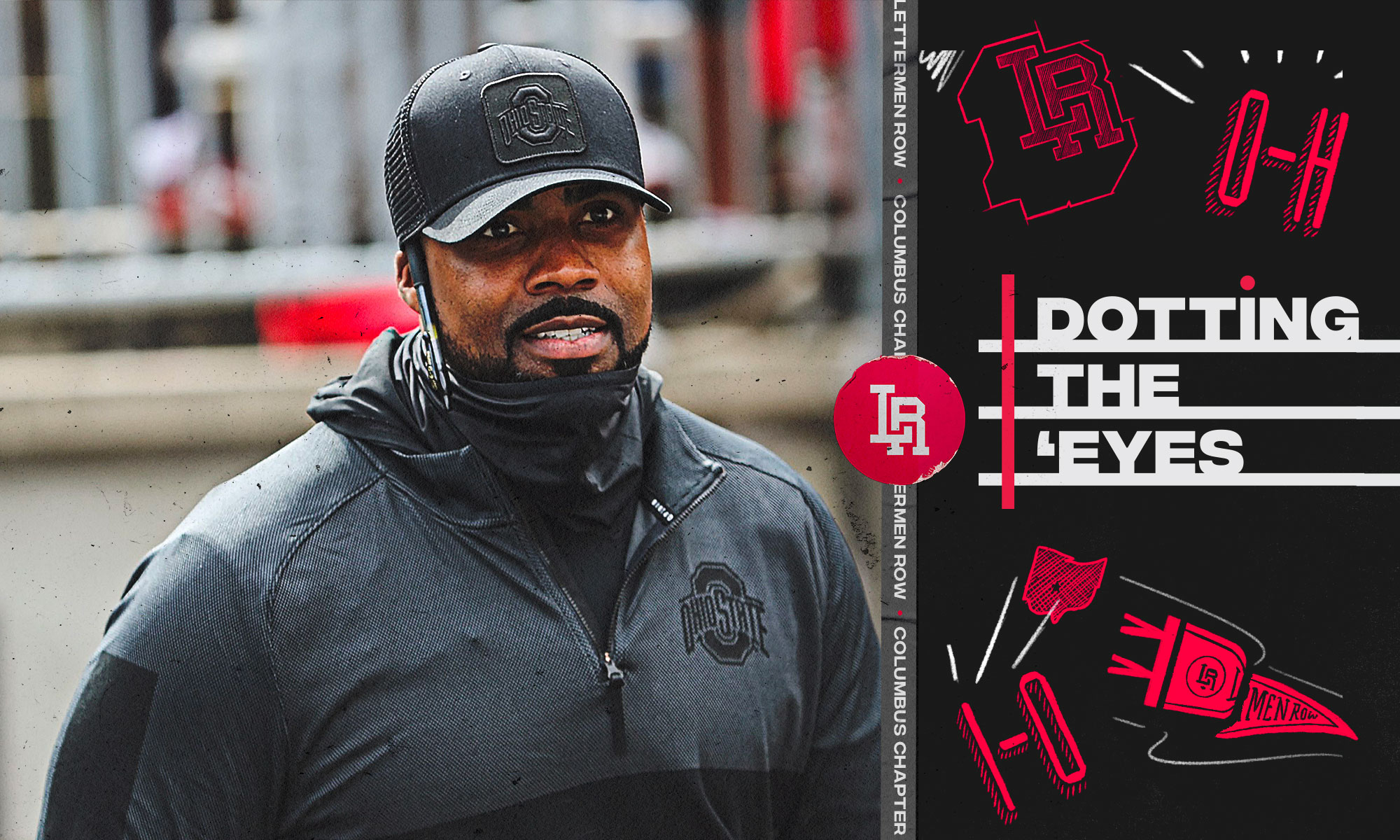 Stay in touch or be left out because Ohio State recruiting is a 24-hour, seven-day-per-week obsession. What’s the latest news as the Buckeyes build for the future? Get that and more Sunday through Thursday on Lettermen Row. Today we introduce a potential linebacker option for Ohio State and have an update from two 2023 standouts set to visit in June.

As mentioned on Lettermen Row on Monday, there are going to be a number of new names popping up as Ohio State looks to replace Dasan McCullough in its 2022 recruiting class. Here’s one that we’d not heard before: Austin Brown from Johnston City, Ill.

Illinois is just now back to playing football, so there’s finally some junior film on Brown, a 6-foot-1, 195-pound athlete who plays safety and quarterback. Al Washington is the coach in touch with Brown, and it’s a very recent development.

“We just started talking on Sunday,” Brown said. “We’ve texted a few times on since.”

Brown has 21 scholarship offers, including Cincinnati, Michigan, Wisconsin, Iowa and Iowa State. His recruitment could be on the verge of drastically changing if Notre Dame or Ohio State pull the trigger on an offer soon.

“Extremely blessed to receive an offer from my dream school,” Tate tweeted. “The Ohio State University.”

Originally from Chicago, Tate has always loved the Buckeyes, buoyed by family he has that live in Columbus.

“It feels amazing,” he said. “It’s just their tradition. I have family in Ohio, and we love them. I’ve always grown up watching them since Mike Thomas. They always put on a show. I honestly was at a loss for words when they offered.”

The 6-foot-2, 185-pound receiver has offers from every major school in the Midwest. LSU and Texas are also in the mix for his eventual commitment. Ohio State has been getting to know him for a few months now, so the offer wasn’t a surprise necessarily. But he still knows it’s rare.

“Not too many receivers get that call from Coach Hartline,” he said. “And we’ve been talking to them for months now. He finally pulled the trigger and said I fit in perfectly with their offense and that he would love to have someone like me in the program.”

Tate will get to Columbus to see his family and to visit the Buckeyes in June.

“I’ll be in Chicago the entire summer until we report back to IMG for the season,” he said. “But I’ll be on a visit to Ohio State on June 8-9.”

Another new 2022 defensive back to Buckeyes big board

Last week we talked about the growing defensive back board in 2022 for Ohio State. On Monday another name was added.

Stokes is a two-sport athlete with major speed, and he’s gone sub-10.9 second in the 100-meter dash on the track. Ohio State landed Brian Snead from Armwood back in the Class of 2018, so Ohio State’s area recruiter Tony Alford is a familiar face.

2023 standout cornerback A.J. Harris continued his big spring over the weekend. The Glenwood (Phenix City, Ala.) School star won the defensive back MVP award at the Rivals Camp Series in Atlanta on Sunday, adding another combine-circuit trophy to his collection. Following that performance, he updated Lettermen Row on his recent conversations with the Buckeyes.

This most recent conversation included setting a date for a pivotal first visit to Ohio State for the 5-star cornerback prospect.

“We scheduled a visit up there,” Harris said. “I’ll be going up June 16. I’ll also visit Notre Dame, Michigan, Georgia, Florida State and planning some more for June.”

Harris has been very excited about the chance to talk to Ohio State. Coombs asked for his word that he’d seriously consider the Buckeyes before offering.

“[Coombs] was like: ‘I heard you would, so you have to give me your word you will give us a chance,’” Harris said in March. “And I am going to call them weekly. That’s a school with so much tradition, I really want them to be a top school for me.”

With that first visit on deck, there’s a chance for Ohio State to cement itself as a top choice early in his recruitment.