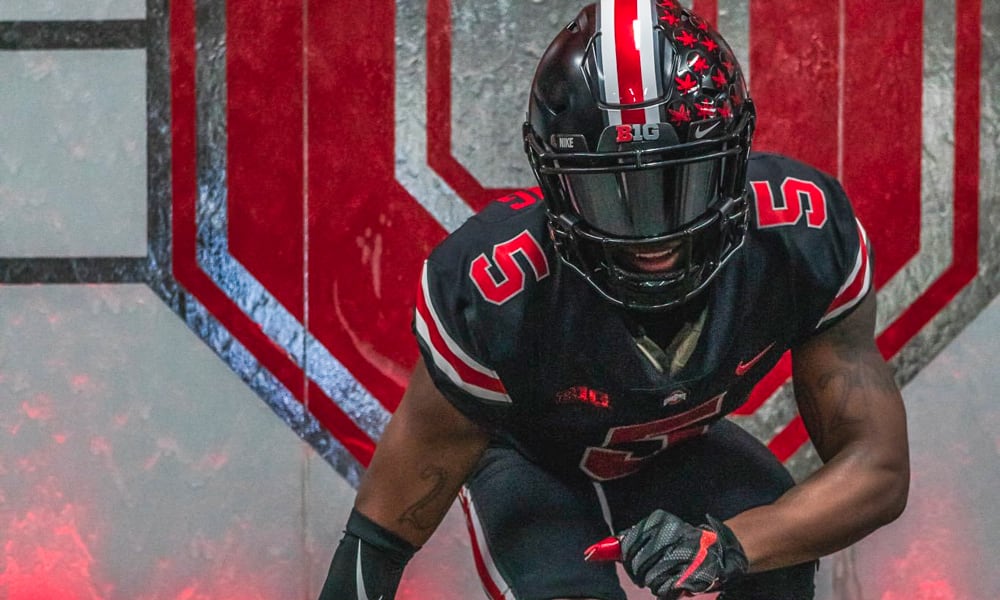 Who is Mookie Cooper? How did he become one of Buckeyes receivers coach Brian Hartline’s primary targets in such a short period of time?

Lettermen Row has all the angles on this explosive offensive weapon and what his commitment means to Ohio State, the Big Ten and more covered right here.

What Mookie Cooper gives Ohio State on the field

At the risk of sounding hyperbolic, the primary thing the 5-foot-9, 185-pound Cooper brings to Ohio State is home-run ability nearly every time he touches the football. There may not be a more dynamic, playmaking prospect in the 2020 class with the football in his hands. That’s why, despite a plethora of receivers on the board for Hartline and Ryan Day, Cooper was a priority over the last handful of months.

Simply put, there may not be a better slot receiver in the Class of 2020. Cooper moves in and out of breaks with aggression and is a matchup nightmare in the slot, but he is also capable of carrying the football out of the backfield after playing two years of running back in high school.

Ohio State loves versatility, and it loves receivers who can create their own space, catch the football and then run with it. That is, in a nutshell, what Cooper does as well or better than anyone in this recruiting cycle. He may be short of stature, but that doesn’t mean Cooper is small. He’s solidly built and plays a physical game.

Aside from being the fifth member of the 2020 recruiting class who could play wide receiver in Columbus, Cooper is a player that fits in perfectly as a complement to what Julian Fleming, Gee Scott and Jaxon Smith-Njigba bring to Ohio State.

He’s likely the final wide receiver prospect in the class, though the name Rakim Jarrett will likely continue to come up over the next few months. Cooper is a player who was recruited aggressively by his future teammates, especially during The Opening finals last week in Texas. The potential battle between Cooper and Muskegon (Mich.) standout Cameron Martinez to make an impact in the slot for Ohio State could be fun to watch over the next few years.

As a recruit, Cooper is very similar to Purdue sophomore Rondale Moore and incoming Nebraska freshman Wandale Robinson, two players Ohio State recruited but fell short of landing in the last two cycles. While overcoming Illinois for a recruit doesn’t really move the needle, no one would have predicted Moore and Robinson would pick the Huskers and Boilermakers over the Buckeyes either, and the relationship between Cooper and Fighting Illini assistant Cory Patterson made this battle tougher than might be expected.

That’s just one more reason why his choice is so important to Hartline and Ohio State. Hartline took it personally when he didn’t land Wandale Robinson, and it seems he worked overtime to not let that happen again.

The 19th commitment in Ohio State’s 2020 class (not counting grayshirt kicker commit Jake Seibert), Cooper’s verbal brings the Buckeyes within one recruiting point of LSU for the country’s third-ranked class. It also expands what has become an almost insurmountable lead over Michigan as the best haul in the Big Ten in Day’s first-full recruiting class.

What makes Mookie Cooper stand out

It’s not an easy decision to forge a unique path, and that’s what Cooper has done by choosing Ohio State over Illinois, where his closest mentor and family friend is. Patterson clearly wanted — and maybe expected — Cooper to follow him. By opting for the Buckeyes, Cooper reveals quite a bit about himself and what he believes is possible in his future.

What Ohio State wants more than anything in its football program are competitors. The choice Cooper made indicates quite clearly that he’s willing to bet on himself by taking the road-less-traveled. That confidence will serve him well within the Buckeyes program.