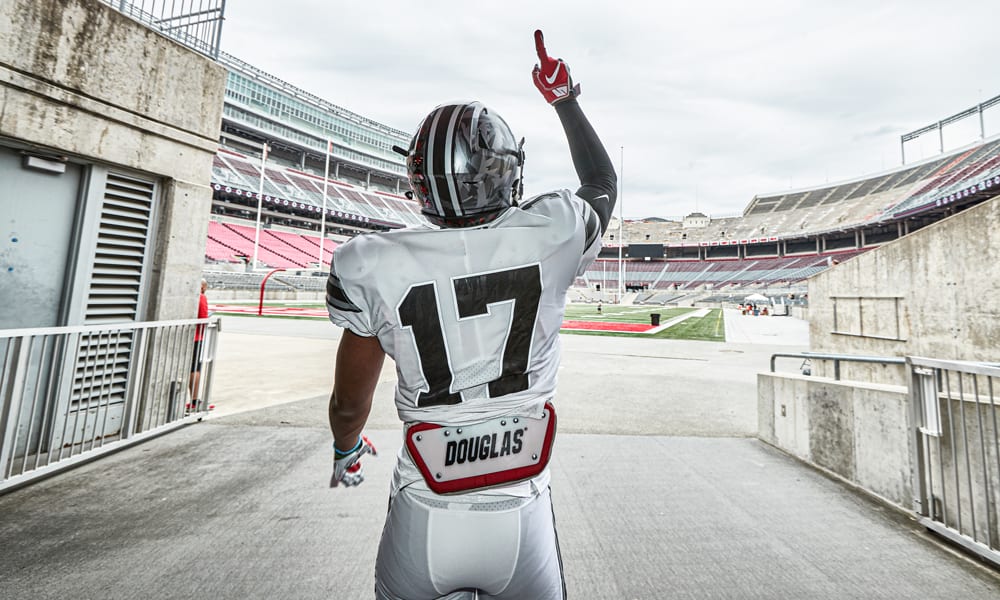 COLUMBUS — Ohio State is getting hot on the recruiting trail and added another big-time target to its 2020 class on Wednesday morning as 3-star linebacker Mitchell Melton announced his college decision.

Who is Melton and why did he remain a top target for the Buckeyes despite a shortage of linebacker spots in 2020?

Lettermen Row has all the angles on this Maryland linebacker and what his commitment means to Ohio State, the Big Ten and more.

What Mitchell Melton gives Ohio State on the field

Like so many other prospects being coveted by Ohio State these days, versatility is the name of the game for Mitchell Melton.

At 6-foot-3 and 235-pounds, Melton has a college-ready frame already and could play a traditional linebacker role. Or he could drop down and play some as a rush edge for the Buckeyes, providing Larry Johnson’s defensive line with another guy who can go get the quarterback.

Melton is also a player capable of fitting a number of ways just within Al Washington’s linebacker group. He’s the type of prospect who could be plugged in at all three spots, and that versatility is one reason why the Buckeyes continued to pursue him despite a relative lack of need for linebackers in the Class of 2020.

Though he’s a pretty complete player for Good Counsel already, the Buckeyes will focus on Melton’s explosiveness, hoping to refine what is a very good starting point for a potential big-time, Big Ten linebacker.

Melton becomes commitment No. 17 for Ohio State in the 2020 recruiting class and the eighth verbal to join Ryan Day’s first-full recruiting class since 5-star receiver Julian Fleming committed to the Buckeyes on May 29.

As a linebacker, Melton becomes the second in the class, joining recent addition Cody Simon. He will end the search for any additional pure linebacker prospects, though Ohio State will continue to pursue Kourt Williams. The California 4-star will start his college career in the new Bullet position that the Buckeyes will deploy this season if he elects to join Ohio State.

Though his family has Ohio ties, Melton’s announcement is another big win for Day in this first cycle. The Buckeyes were widely considered to be running in third place for Melton for months behind rivals Notre Dame and Michigan. Any chance to beat the Irish and the Wolverines head-to-head should be celebrated.

With Melton in the mix, the Buckeyes inch closer to LSU for the country’s third-ranked recruiting class and expand their lead over Michigan as the Big Ten’s best group.

What makes Mitchell Melton stand out

There was nothing more important to Melton in his recruitment than academics. That’s one of the primary reasons why so many in the recruiting business seemed convinced that Ohio State wouldn’t have the chops to outlast Michigan and Notre Dame, two of the country’s most respected institutions of higher learning.

When Melton picked the Buckeyes, he did so because what he saw from the program was different than he had been led to believe most of his life. Strong in his faith and his commitment to life beyond football, Melton is another next-level person heading to Ohio State, a staple of this 2020 recruiting class.