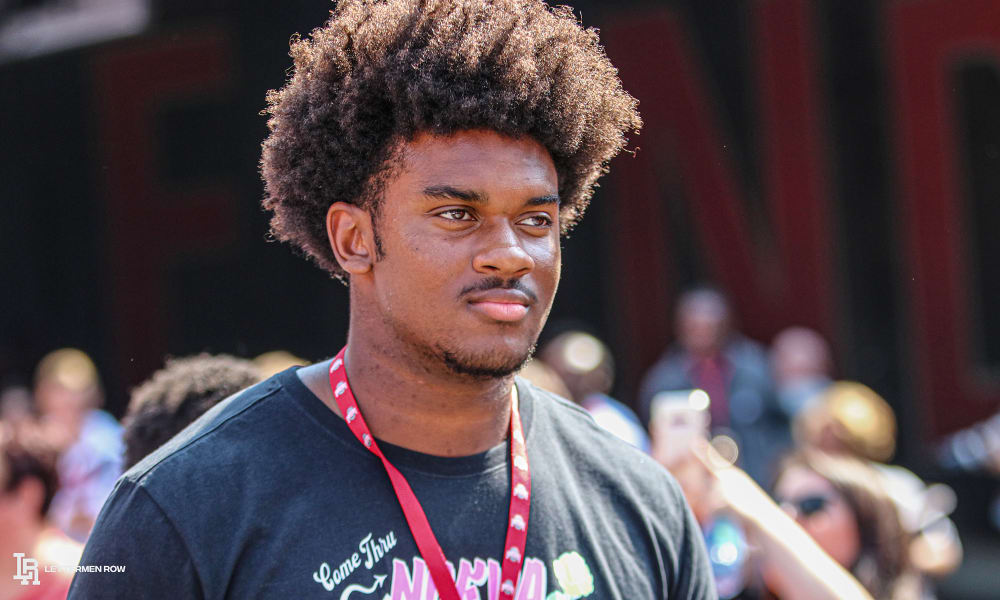 Paris Johnson is one of the Ohio State commitments closest to contributing in college. (Birm/Lettermen Row)

Have a question about Ohio State recruiting? This is the place for you, five days a week. Submit your questions on Twitter or on the Lettermen Row forums. Check-in daily to see what’s on the mind of Buckeyes fans all over the country. Tuesday’s question asks if there are any current Buckeyes commitments who could contribute for Ohio State this season.

If you could take one member of the 2020 recruiting class and add it to this current team, who would you choose?

Let me cut right to the chase here: The odds that any current commitment could actually contribute to Ohio State during this season is very, very low.

That is an evergreen statement, too. It’s a talking point akin to debating whether Alabama could beat the Miami Dolphins or whatever NFL teams are currently the stinkiest of the stinky. It is going to take an extremely special player to ever be ready to play in a major college system like Ohio State a year before he can even suit up for the program.

College football is light years ahead of the average high school football program — from the speed of the game to the workload and depth of talent around players. For the most part, the best of the best in high school are just good college football players. The truly elite guys like Trevor Lawrence or Justin Fields are few and far between. Heck, even Lawrence wouldn’t have been ready to contribute at Clemson a year earlier than he did already.

However, I’m a good sport. Because of that, I will do my best to break down the current group of Buckeyes 2020 commitments and tell you who could actually dress for Ohio State right now — and maybe contribute.

That’s it. I really believe that the gap between high-school star and Ohio State contributor is that wide. Yes, players like Julian Fleming, Gee, Scott, Jaxon Smith-Njigba, Mookie Cooper, Clark Phillips, Lathan Ransom, Cody Simon and others are going to have a chance to shine as freshmen. But that is still a year or more away.

Johnson, however, is a bit different. I think his high-end talent and physical development is more college-ready than most of the guys in his class, and the Buckeyes lack of true offensive tackles could potentially give him an opening to get on the field.

Does that mean he’d start? Heck no, of course not. And I’m not sure he’d even be in the two-deep. But there’s a reason he’s the country’s top-ranked tackle and a reason he’s the most important commitment in Ryan Day’s first full recruiting class, too.