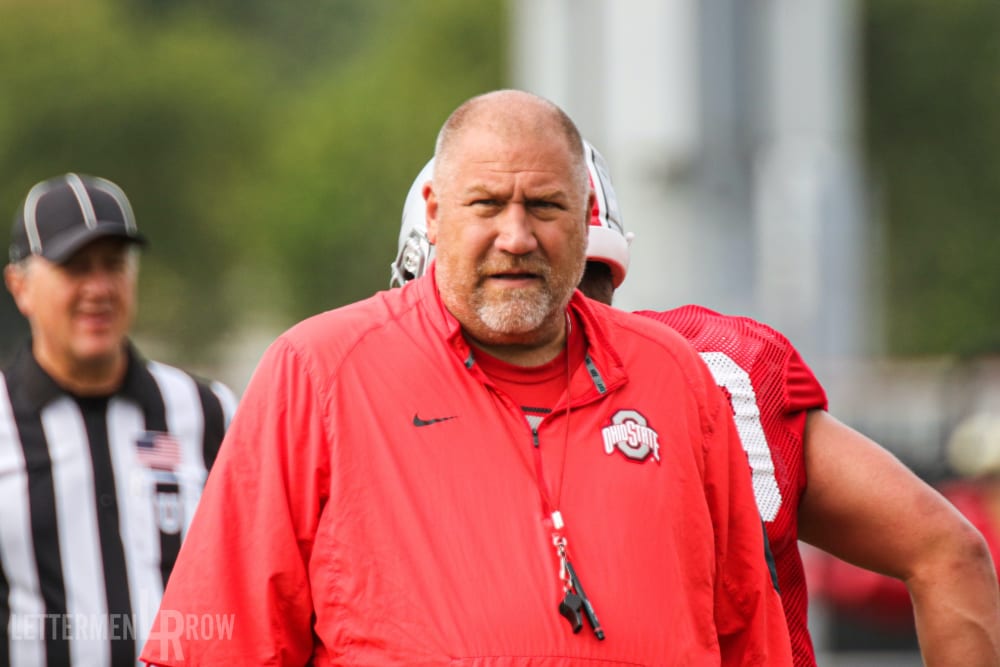 Greg Studrawa has begun the 2022 recruiting cycle with a bang and is now looking for complements to Tegra Tshabola. (Birm/Lettermen Row)

COLUMBUS — The 2022 recruiting cycle is going to be a wild one for Ohio State.

As Covid-19 continues to mess with the recruiting camps, visits and evaluations, it’s going to be a real challenge for the Buckeyes and other programs around the country to truly know what they’re getting when it comes to the nation’s crop of rising junior prospects.

After all, these players are 15 or 16 years old and in a lot of cases, with only a handful of real, meaningful minutes of varsity football under their belts. No in person evaluation and little video evidence against top of the line talent makes recruiting 2022, in most instances, a crapshoot right now.

So the Buckeyes, who may end up signing only two offensive linemen in 2021 after signing six in the Class of 2020, need to do whatever they can to get a head start on recruiting the 2022 class. The most important part of that endeavor may already be accomplished for Ryan Day and Greg Studrawa: top in-state target Tegra Tshabola committed to Ohio State this spring.

The question now is what do the Buckeyes want, or need, to complement the early verbal from the 6-foot-5, 300-pound Tshabola? It’s a class that likely ends up with four or five offensive linemen — depending on unexpected attrition between now and then — and the focus is likely to be split between tackle and guard prospects, because there is no need for a true center prospect in 2022. 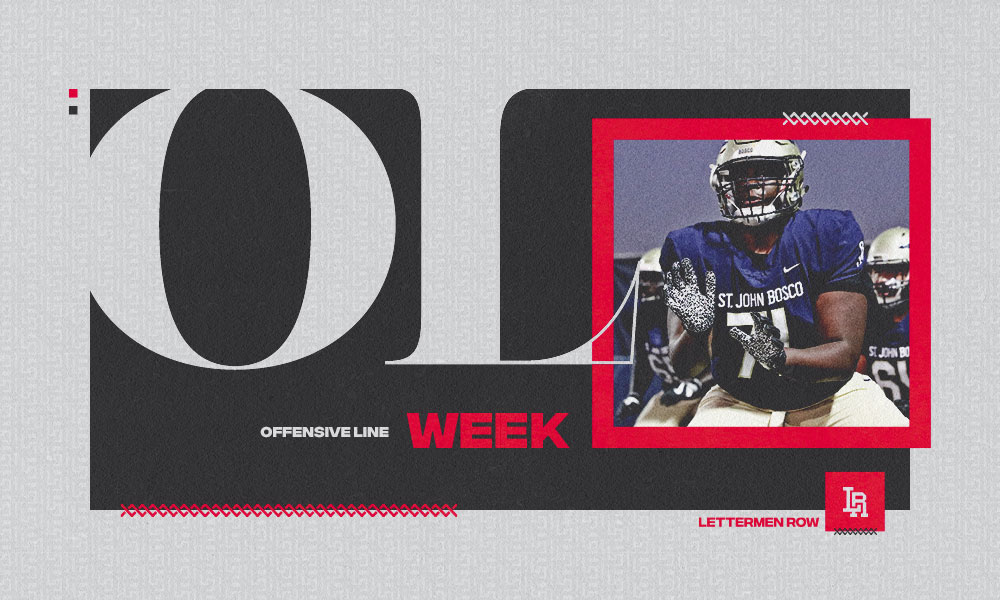 So with limited chances to see most of the country’s elite prospects to this point, Ohio State seems, with one major exception, to be focusing its 2022 offensive line search on players from around the Midwest. Who are some of the biggest names for fans to know right now?

Buckeyes fans know who Blake Miller is by now as the 6-foot-6, 310-pound lineman from Strongsville High School was offered in late April. Ohio State is in an early fight with Clemson and Michigan for his services and both those schools have offered as well. Miller talked about his recruitment and the approach he’s taking, along with the advice he’s getting, on Lettermen Row earlier this week. Ohio’s No. 9-ranked junior-to-be has been to Columbus many times for visits at Ohio State.

Though it may take longer than fans would expect, Miller is certainly one of the early favorites to join Tegra Tshabola in the Class of 2022 and would provide a pair of very talented in-state commitments for Studrawa and Day to anchor around.

The Buckeyes struck gold as Bellflower (Calif.) St. John Bosco in the Class of 2017 and 2020 when they landed Wyatt Davis and Kourt Williams, and in 2022 they’re hoping for more success. The next big thing, quite literally, is the 6-foot-4, 300-pound Earnest Green, who has shown a lot of early interest in Ohio State. Greene’s father helped coach Wyatt Davis and it’s reasonable to expect that his development is attention grabbing when it comes to the 2022 star.

Greene is ranked early as the nation’s No. 2-best tackle prospect but his future could definitely be at guard.

It won’t be easy to head north and steal the 6-foot-5, 270-pound Joe Brunner from Wisconsin but Studrawa and the Buckeyes are taking their early swings. Ohio State offered the No. 5-ranked tackle prospect last December and have been working to stay in the game since. If there’s a chance for the Buckeyes to upset the heaviily-favored Badgers, it may come down to how soon he can get on campus in Columbus.

A friend of current Buckeyes commitment Donovan Jackson, Kam Dewberry is the third-ranked tackle in Texas and the No. 14-ranked offensive lineman regardless of position according to 247Sports.com. The Buckeyes have emerged as one the early favorites for this Humble, Texas star but the fight for his commitment isn’t going to be easy: he has 26 early offers, including one from Alabama, LSU, Oklahoma, Georgia, and Texas.

The Buckeyes landed Josh Fryar, a very versatile offensive line prospect from Indiana in the Class of 2020, and would love for history to repeat itself in 2022 with Joey Tanona. The second-ranked prospect in the Hoosier State, Tanona has offers from 14 different schools but there’s an early sense that his recruitment is going to be a battle between the Buckeyes and the Fighting Irish of Notre Dame.

Another Indiana prospect, Moore has told Lettermen Row that his relationship with Ohio State is better than his relationship with any other program at this point and that is somewhat telling when it comes the recruitment of the 6-foot-4, 295-pound guard. With ten early offers, the Buckeyes are in a good position for Moore but until visits can happen there’s not much of a chance they’ll push too hard for an early choice.

Ohio State has been pretty active in the recruitment of Zach Rice lately as the 6-foot-6, 285-pound rising-junior gains national attention. He’s up to 25 offers, with Bama, Florida, Georgia, LSU, Notre Dame, Michigan and a host of the country’s biggest programs throwing hats in the ring early. Rice is currently ranked as the No. 31 offensive tackle in 2022, but that is going to be changing rapidly with his most recent run of scholarship offers.

This list certainly isn’t the be all, end all for Ohio State offensive line recruiting in 2022 but it does serve as a solid starting point for which players are getting a lot of attention. It could also include Florida’s Julian Armella, Texas standout Jaylen Early, Wisconsin’s Billy Schrauth — who could also be a defensive line prospect — and more. It also doesn’t include players who’ve not yet been offered by the Buckeyes, like Ohio’s Ryan Baer, who will need more evaluation but are in regular communication with the Ohio State coaching staff already.