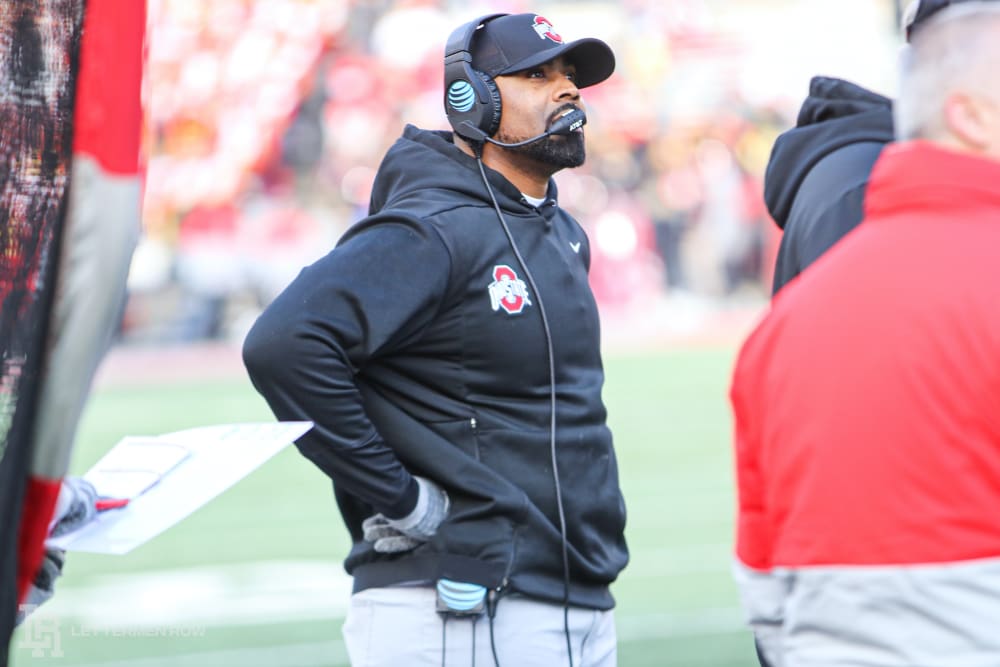 Al Washington will have his work cut out for him in the 2022 recruiting cycle. (Birm/Lettermen Row)

COLUMBUS — There’s going to be a pretty dramatic turnover in the linebacker room at Ohio State in the next two years.

Between now and the start of the 2022 football season, the Buckeyes will lose seven linebackers from Al Washington’s position unit and that means for the first time since arriving as an Ohio State assistant, the Columbus native is firmly on the clock when it comes to the recruiting trail.

With the world of college football recruiting effectively on hold, it’s not exactly a great time to have such a tremendous need on the roster. Fortunately for Washington and the Buckeyes, there’s a gem of a prospect already in the Class of 2022 — C.J. Hicks — and because he’s an Ohioan there’s been better opportunity for evaluation: Hicks camped for Ohio State last summer and has plenty of varsity tape to boot. 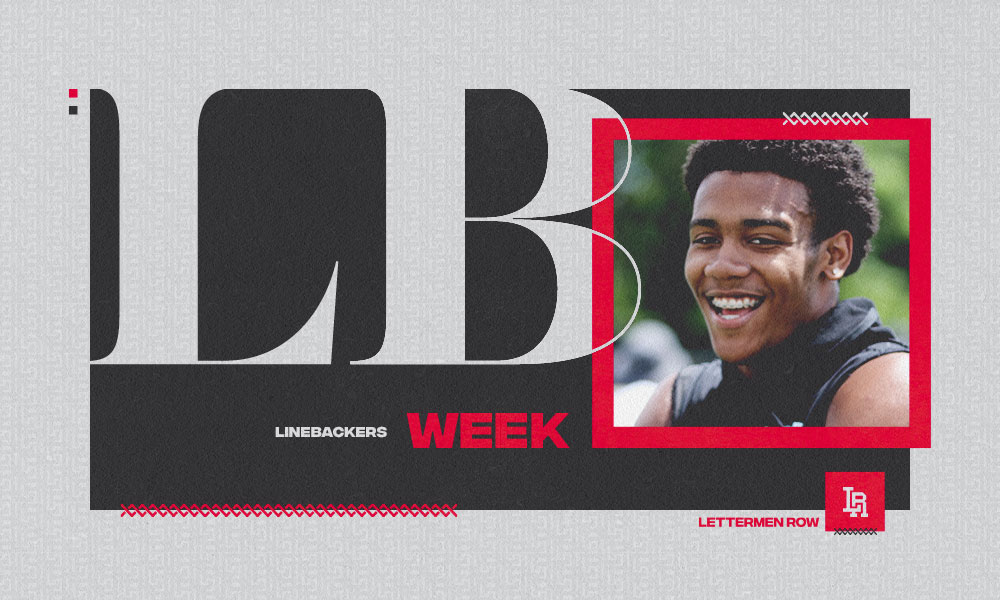 There’s one commitment in the back but it’s hard to look at the roster and not see the need for four, or even five, linebackers in the 2022 class, especially if Ohio State only ends up with one in the Class of 2021, which is currently the case.

The good news for the Buckeyes? The 2022 linebacker class nationally looks to be strong and Al Washington has been working ahead to make Ohio State a big-time player in a number of early recruiting storylines. Here are a few of the names worth paying close attention to as the Buckeyes head into September and open-recruiting communication with soon-to-be-junior prospects.

The Buckeyes are one of the schools that have prioritized the Stonewall Jackson (Manassas, Va.) star and he’s grown very close to both Al Washington and C.J. Hicks in the last few months.

Murphy says he’s looking for a family feel and comfort in an eventual landing spot.

“Coach Washington and I talk every week,” he said. “He’s done a great job building relationships his players.”

When it comes to the linebacker position, Murphy fits the Mike role in the Ohio State defense perfectly.

Ohio’s top-ranked prospect in the Class of 2022 is listed as an outside linebacker but there are questions about whether or not he outgrows that spot and eventually lands on the defensive line. Powers himself does not subscribe to that theory, and is working hard to remove that thought from the minds of others.

Ohio State has offered Powers and the Buckeyes are in the driver’s seat for his eventual commitment but there’s no hurry at all for the 6-foot-4, 220-pound prospect to make a decision. Michigan, Florida State, Penn State, Oregon and a host of the country’s top programs are hoping to sway him from his Ohio roots.

Another inside linebacker prospect, Manvel (Texas) 4-star Justin Medlock has major Buckeyes interest and is receiving it back from Al Washington and Ohio State.

“We’ve been talking at least once a week,” Medlock told Lettermen Row. “It’s really just them explaining where I’d fit into the defense.”

Medlock is the country’s No. 8-ranked inside linebacker and both 247Sports.com predictions attached to his name currently are in the Buckeyes favor. LSU, Oregon and Texas are also on the short list for Medlock right now. He’s not visited Ohio State yet but neither have any of the linebackers from out-of-state on this list, so there’s no real disadvantage for him or anyone else.

There’s a lot to like about Dasan McCullough but, like Gabe Powers, the biggest question that needs answering is whether or not he’s actually going to end up at linebacker. Right now, the No. 1-ranked player in Kansas checks in at almost 6-foot-6 and 220-pounds which makes the fact that he lined up mostly at safety as a sophomore even more intriguing.

Ohio State is the leader for McCullough but he told Lettermen Row this week that he’s hoping to take multiple visits before making a college choice. From the same hometown as recent first round pick Isaiah Simmons, McCullough’s frame and game are very reminiscent of the former Clemson star. The Buckeyes have a few connections to McCullough, whose father played at Miami (Ohio) under Kevin Wilson and considers Ohio his home.

Michigan star Josh Burnham looks like a carbon copy of Pete Werner on tape and the Buckeyes are hoping to keep him from his home-state school in the same way they managed to steal Werner from Notre Dame.

Burnham is the nation’s No. 6-ranked outside linebacker. He did a Zoom call with the Ohio State coaching staff in April ahead of his offer being extended but like the rest of the players on this list had chances to visit the campus in person eliminated by the Covid-19 dead periods. Alabama, Notre Dame and a number of other schools are working to recruit Burnham as well.

Though he may be the lowest-ranked prospect on this shortened list, don’t be fooled into thinking that Salisbury (N.C.) High School 4-star Jalon Walker isn’t a priority for Al Washington and the Buckeyes. In fact, I think Walker is closer to the top of the wishlist than the bottom but his recruitment will be harder to figure out as local programs like North Carolina and N.C. State try to keep him and while national powers like Clemson, LSU, Oregon and Texas also try to lure the athletic, 6-foot-2, 220-pound star away from home.

Ohio State wants to be in the Jalon Walker battle, so getting him on campus as soon as possible is vital.

Expect a number of new names to emerge at linebacker in the next handful of months, especially if football gets back to being played this fall. All Washington and Ohio State will have the chance to see kids on the field again and that’s the most important thing for the evaluation process moving forward.