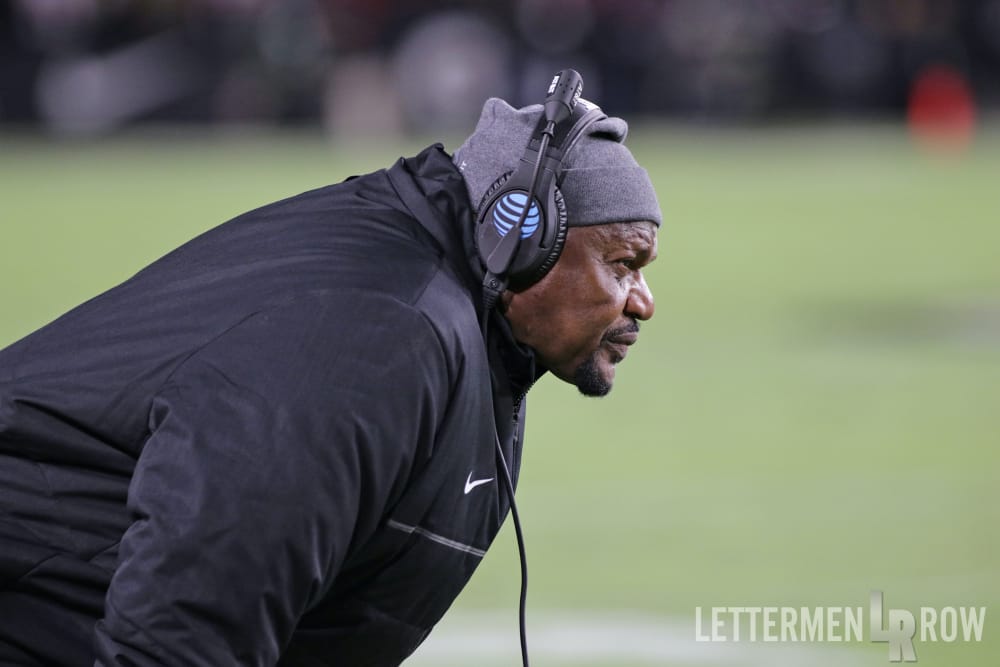 Larry Johnson's reputation at Ohio State is better than ever, but concerns about his age don't seem to go away. (Birm/Lettermen Row)

Have a question about Ohio State recruiting? This is the place for you, five days a week. Submit your questions on Twitter or on the Lettermen Row forums. Check in daily to see what’s on the mind of Buckeyes fans all over the country. Today’s question wonders if the defensive line recruiting has slowed down in recent years.

Dline recruiting seems to have taken a step back. With retaining Larry Johnson what are the other reasons?

I think this is a fascinating question, because on the outside looking in, it’s easy to see why people question the defensive line recruiting efforts  and wonder if there’s something amiss.

With one of the deepest and most talented defensive line units in the country, the Buckeyes signed just three players at the position in 2019 — and had only Noah Potter in the class until the first day of the early signing period when Zach Harrison and Jaden McKenzie came on board. None of those players would have come to Ohio State if not for Johnson, the lone defensive coach retained by Ryan Day.

It’s almost the end of spring football. And in the 2020 recruiting cycle, Ohio State is empty on the defensive line while chasing in-state star Darrion Henry to get things kickstarted. The hope was to get Henry in the fold early so that the focus could turn toward a handful of out-of-state targets.

So, what is happening? Why do the Buckeyes seem to be failing to connect with top defensive linemen despite Johnson’s incredible career and his list of Big Ten Defensive Linemen of the Year winners and NFL Draft picks?

I don’t know that there’s necessarily one answer here that will satisfy the question, but there are a few points that can be reasonably considered. First, the rumors of Larry Johnson’s retirement have not slowed despite his consistent rebuttal of them.

When recruiting against a man and coach like Johnson who has been widely considered the best position coach in college football for decades, the only real way to recruit against him is to convince players and their families that he won’t be around. Schools everywhere are hiring younger coaches, people that understand and utilize social media to connect with recruits on a personal level, and Johnson appears to still prefer the old-fashioned way of doing that in person. No matter how high a player is ranked or regarded, he’s not likely to recruit them aggressively unless they come to Ohio State and meet and work with him in person.

That can be a problem when you consider the geographical challenge Ohio State faces. There are just not a ton of big-time defensive line prospects being reared in the Midwest for some reason. Kids like Zach Harrison are an anomaly, not the norm. Between 2012-2020, there have been only four kids from Ohio ranked as top-1o defensive line prospects: Adolphus Washington, Tyreke Smith, Harrison and Darrion Henry. 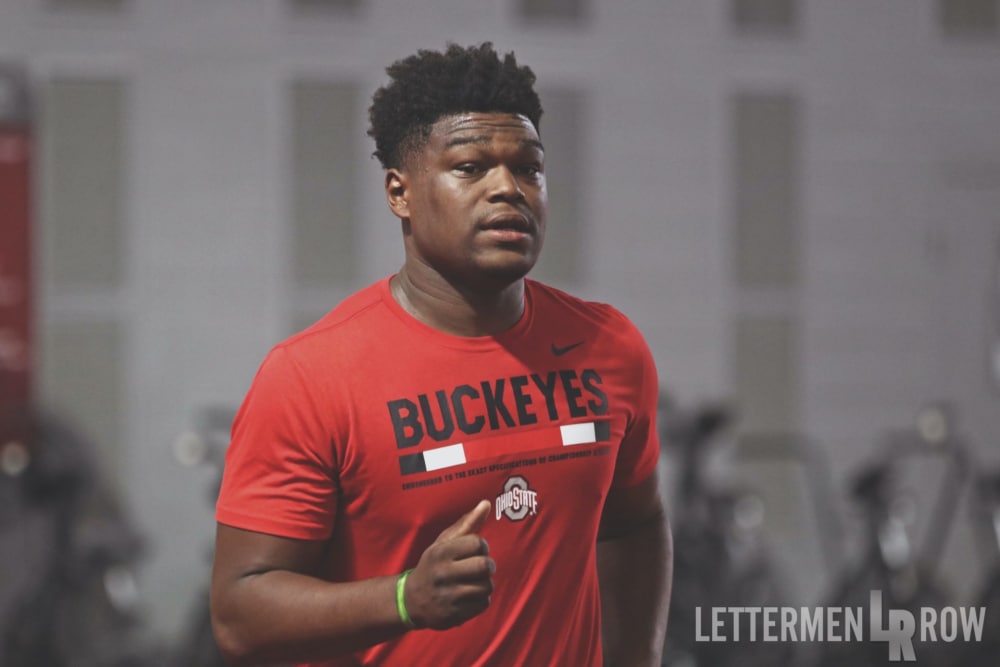 Big-time Ohio prospects like Darrion Henry are waiting longer to commit than they used to. (Birm/Lettermen Row)

Johnson wants to see these young players on the field with his own eyes before diving too deep into a recruitment. Maybe that doesn’t resonate with a lot of today’s top players who are so celebrated before accomplishing anything that they believe other schools want them more because Johnson doesn’t just offer scholarships without being sure.

Maybe it’s because Ohio State has had highly-ranked young players lining the depth chart as former 5-star prospects like Chase Young and Jonathon Cooper take over on the defensive line and big-time talents like Tyreke Smith and Tyler Friday wait in the wings. Aside from the fact that opposing schools are selling kids on the idea that Johnson is going to retire, they’re also telling kids to look at the depth chart that has been loaded following a historic recruiting run from 2016-2018. That argument is all but expired for 2020.

Maybe there’s an argument to be made that Johnson has such supreme confidence in his methods and results that he won’t bend on them in order to satisfy the new world of recruiting. Maybe that pride prevents him from using those methods and results as an enticing recruiting tactic rather than a final selling point?

The fact is that Ohio State continues to put out dominant performances along the defensive line — including recruitment-changing performances that persuaded both Smith and Harrison to change their minds late in the process.

As long as Johnson continues to train and develop, they’ll keep doing that, regardless of the rankings. Will that always lend itself to the biggest names choosing the Buckeyes? Maybe not.