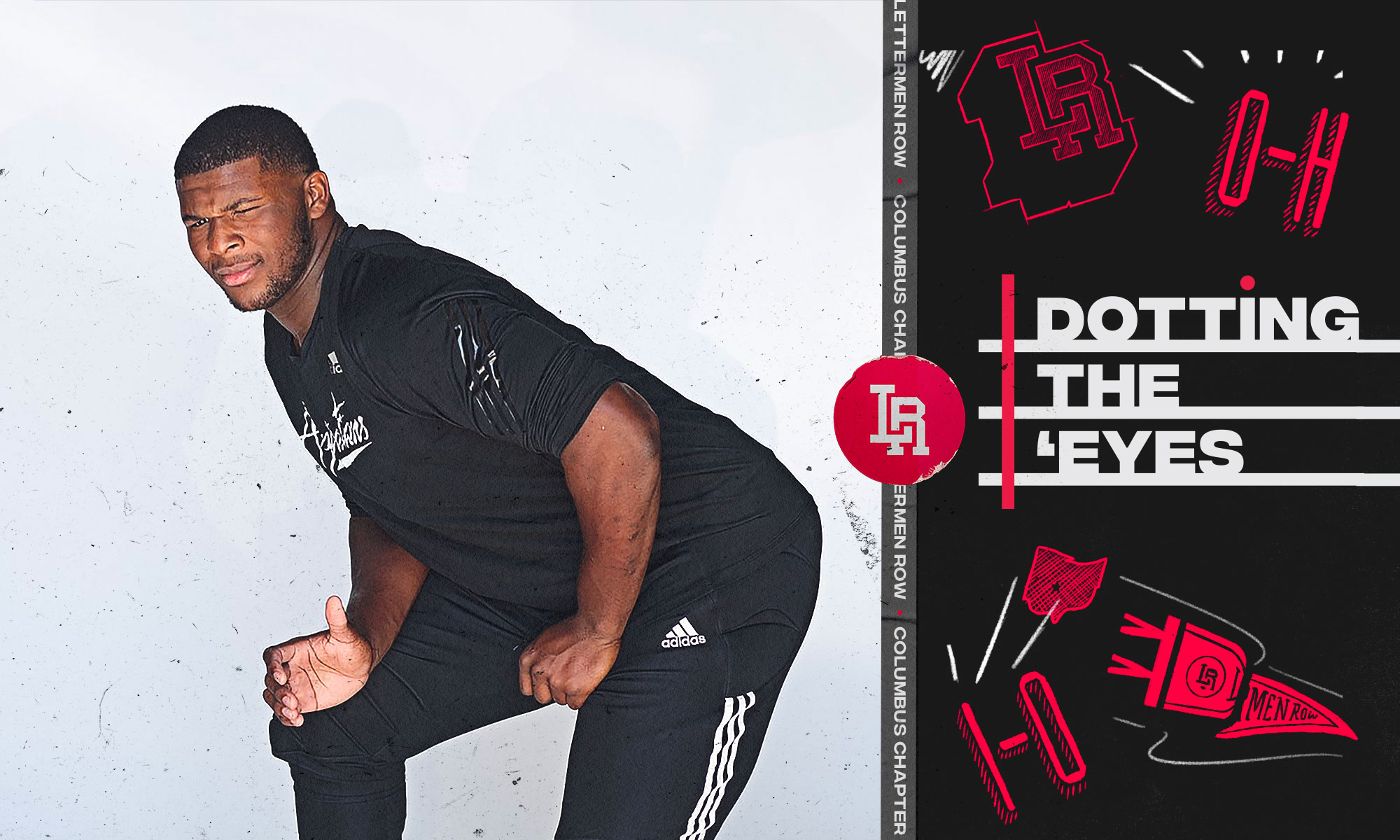 Stay in touch or be left out because Ohio State recruiting is a 24-hour, seven-day-per-week obsession. What’s the latest news as the Buckeyes build for the future? Get that and more Sunday through Thursday on Lettermen Row. Thursday’s notebook has the bad news on the updated dead period, good news on the continued pursuit of Kiyaunta Goodwin and the first 2023 tight end to earn an Ohio State offer.

One player who almost certainly was going to be making a visit to Ohio State for the April 17 spring game — and now isn’t sure if he will thanks to the NCAA’s ridiculous decision to extend the dead period — is 4-star lineman Kiyaunta Goodwin. The must-get target for the Buckeyes in the 2022 class has been staying in very consistent contact with the coaches in Columbus, as expected.

“Basically every day,” Goodwin told Lettermen Row about his conversations with the Ohio State coaches. “Everything is going good. They’ve been really consistent with me told me I’m the top tackle on their board and how much of a priority I am. We really have just been continuing to get to know each other. I’m just waiting for everything to get lifted for a visit.”

There is a plan in place among C.J. Hicks, Dasan McCullough and a few other Ohio State verbals to get together in Columbus over the April 16 weekend, spring game or not. Whether or not the 6-foot-8, 305-pound Goodwin joins them is up in the air, but the class has been prioritizing their relationships with him as we well as the coaches have.

“All their recruits reach out,” Goodwin said. “To me and to the other recruits. I love that about them. They start a bond before they ever get there. It seems like definitely more so than any school in the country, their recruits stick together.”

The Buckeyes made the cut for one of the top defensive backs in Texas earlier this week.

Austin Jordan is a 4-star prospect from powerhouse Denton Ryan High School. A cornerback at Ryan, Jordan is a player who could play multiple spots in the secondary, and that’s what makes him intriguing for Ohio State. The country’s No. 19-ranked cornerback is a two-sport athlete who also stars in track and field, running a personal best of 10.98 in the 100-meter dash. That speed makes him a potential Division I cornerback, and it’s one of the primary reasons the Buckeyes are paying close attention to his development.

Jordan is one of the many defensive backs still being considered by Kerry Coombs and Matt Barnes as Ohio State looks to complement Jyaire Brown and Jaheim Singletary in the secondary. There is a major need for in-person evaluation, though. And because of that, there’s no push for any sort of early decision from him or any other remaining target, especially among the cornerback group.

There’s a sense in Texas that right now the Buckeyes could be the favorite for Jordan, but until a visit — either him to Ohio State or the Buckeyes seeing him in Texas — don’t anticipate any kind of leap one way or another.

The Buckeyes have offered their first 2023 tight end prospect, with Tony Alford extending a scholarship to Thomspon’s Station (Tenn.) Independence High School star Ty Lockwood on Wednesday. Lockwood is a 6-foot-5, 220-pound athlete who is currently unranked but has now picked up offers from 11 others schools, including Florida State, Penn State, Ole Miss and Michigan State.

Originally from Illinois, Lockwood and his family moved to Tennessee this past summer when it became clear that Illinois wouldn’t have football as part of that state’s overbearing Covid-19 policies.

“We knew Illinois wasn’t going to play football or even basketball, so we thought it would be best to get out of there as soon as we could,” Lockwood told Lettermen Row. “We got pretty much a full season, and I did pretty good. I had about 45 catches for 613 yards and three touchdowns.”

Despite growing up in Illinois, Lockwood was a Texas A&M fan before his recruitment began to pick up. He’s not yet too familiar with what Buckeyes football is all about, but he intends to watch it closely moving forward.

“My dad’s best friend moved down there to College Station, and I went down to a game and it was great, so I have always been a big fan of Texas A&M, but have always had a bit of love for Ohio State as well,” he said. “I’ve just known they have always been good, and will most likely keep this habit up as time goes on. I’ve always thought of them as a great school, that is very fun to watch. It’s awesome [to get this offer.] I was super excited to get on the phone with [Tony] Alford. It’s a very special one because it’s a very prestigious program and school.”