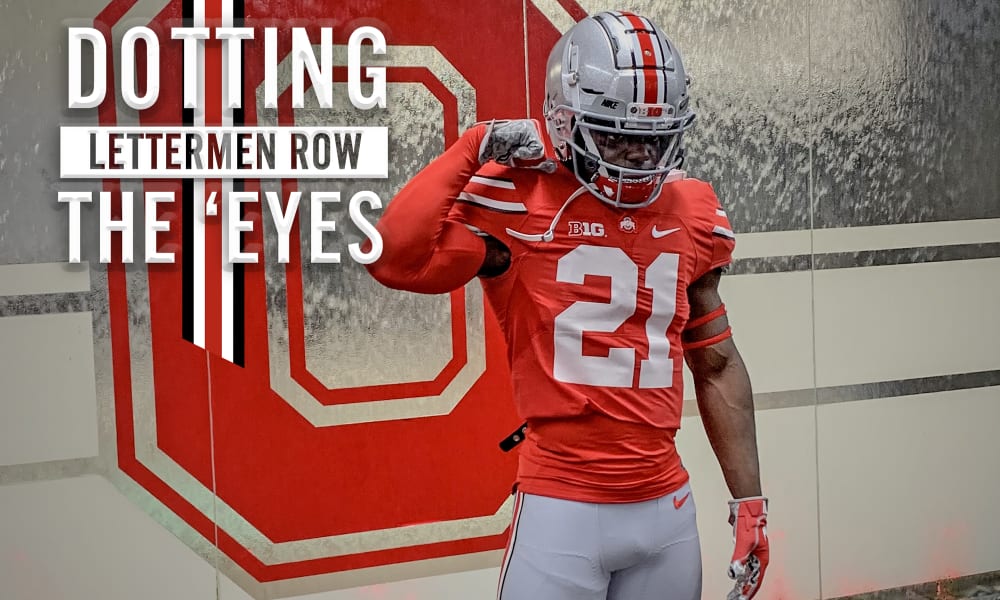 Stay in touch or be left out because Ohio State recruiting is a 24-hour, seven-day-per-week obsession. What’s the latest news as the Buckeyes build for the future? Get that and more Sunday through Thursday on Lettermen Row. Tuesday’s notebook includes an update on a pair of top defensive back targets returning to Ohio State and introduces a new 2020 wide receiver target.

Ohio State is weeks away from one of their biggest recruiting weekends of the year, and it seems that new names are being added and confirmed for the June 21 soiree every day.

Today, the focus is on a pair of major 2020 targets who have had their names added to the list of official visitors: West Bloomfield (Mich.) safety Makari Paige and La Habra (Calif.) cornerback Clark Phillips III.

Paige has been a longtime target for the Buckeyes, and that recruitment started while Urban Meyer and Greg Schiano were involved in bringing him to Columbus. Paige, the country’s 20th-ranked safety, has been to campus a half-dozen times over the last year or so. And though Michigan, Penn State and Notre Dame remain very much involved, the Ohio State effort here has been substantial and impactful.

Phillips has been a top target for a shorter period of time, but the energy that Ryan Day, Jeff Hafley and the Buckeyes have expended in recruiting him has left no doubt that he’s a top priority — not just at cornerback, but in the Class of 2020, period. Phillips confirmed to Lettermen Row on Monday evening that he has two official visits planned from now through the end of June.

The Golden Bears and Buckeyes are hoping a decision comes before the country’s fourth-ranked cornerback considers any other visits with Notre Dame, Oregon and others looming.

Memorial Day brought an unexpected twist in the Buckeyes 2020 running back recruiting efforts.

South Carolina landed a commitment from the country’s sixth-ranked running back, Maryland 4-star MarShawn Lloyd, and that decision could certainly provide some ripples in the race for 5-star tailback Kendall Milton.

Georgia was the supposed frontrunner for Lloyd, and the Bulldogs are one of Milton’s final four choices. Now, with Lloyd off the board, there’s no doubt that Dell McGee, Georgia’s running backs coach and ace recruiter, will crank up the heat even more on the 6-foot-2, 220-pound Milton.

This weekend is a big one for the Buckeyes. Milton and his family will head to Columbus for an official visit with Ohio State, and it is likely the final chance for the Tony Alford and Day to showcase why it’s the right choice for Milton ahead of what appears to be a late summer decision.

All Glory to God. Been a long time coming ,but I’m not finished yet❄️‼️ Elite 11 pic.twitter.com/6vEx64HJj0

Baron is one of the top targets on the defensive line for Ohio State and remains very interested in the Buckeyes. He told Lettermen Row last week he intends to return to Columbus for his next visit to the school “soon,” but there’s no specific date picked out to this point.

Ohio State out for Las Vegas star, offers another

The Buckeyes are no longer in the running for Las Vegas 5-star tight end Darnell Washington, who cut his list and cut Ohio State on Monday. Washington is Nevada’s top-ranked 2020 prospect, and despite some fluffy words about the Buckeyes over the past few months, he’s not visited Columbus and has not made any overtures to arrange a trip.

OHIO ST! That’s what’s up. Thank you @CoachKeeOSU and @brianhartline for the offer and opportunity @OhioStateFB #GoBucks #BuckeyeNation #Zone6 pic.twitter.com/Ccn9DpgWgg

The Buckeyes haven’t hosted Odunze for a visit yet either, but this relationship is just getting underway.